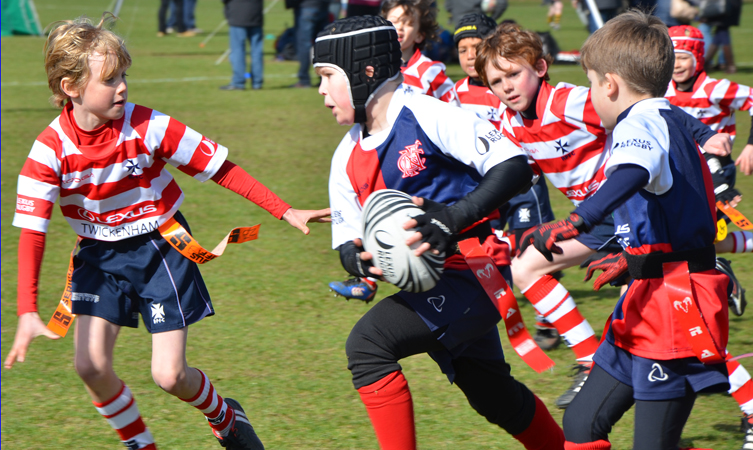 Players from Chester Rugby and Rosslyn Park had a day to remember after winning their age categories in the Lexus Rugby Tournament last weekend.

The tournament was played next to Franklins Gardens, the home of Northampton Saints and the venue of the 2015 LV Cup final. And the kids from Chester and Rossyln Park made up the guard of honour to welcome LV cup finalists Saracens and Exeter Chiefs on to the pitch ahead of the final, and then were presented with their winners’ medals and trophies by England legend Richard Hill during half time.

The former England international earlier had spent time watching the juniors – casting his experienced eye over kids who would love to follow in the champion’s footsteps.

The finals comprised of 24 teams, representing 13 Lexus dealers who have qualified after winning regional rounds that took place during October and November last year.

The Lexus Rugby Tournament provides the opportunity for over 2,000 players from under 7s to under 10s, to hone their skills in competition with clubs from their region.

Well done to all the teams who took part.