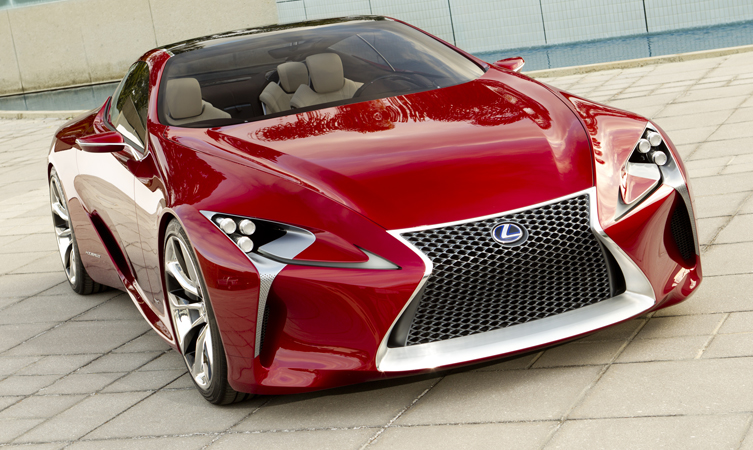 It’s not controversial to say that ‘sporty’ isn’t always the first thing that springs to mind when we hear the word ‘hybrid’, but that’s changing.

Premiered at the 2012 Detroit Motor Show (NAIAS), the LF-LC is a 2+2 sports coupé produced by Lexus’ Calty design studio in Newport Beach, California, in response to a challenge from Lexus in Japan to design the hybrid sport coupé of the future.

Alex Shen explains how sportiness of design was inherent in the model’s development: “When we create a concept that’s a performance car, it should look fast, it should look beautiful,” he says.

Paul Williamsen adds that the LF-LC does not demand a performance compromise because of its hybrid drivetrain: “When people first consider hybrids, they assume that they’re going to give up something in performance, but that’s not acceptable for a Lexus,” he says.

The unveiling of the LF-LC was initially greeted with skepticism by engineers and those working in automotive, Paul explains, because there was a feeling that the car would never be developed for production. He says: “There are several thousand engineers in the Michigan area, and many of them looked at it (LF-LC) and laughed because they think it’ll never get built, there must be a million things about that car that are unbuildable. It’s that kind of vision that can really focus our engineers on the challenge of how to deliver (a car such as LF-LC).”

A version of the LF-LC is currently being developed for production.

Hybrid Conversations: What does it take to make a Lexus?
Lexus LF-LC at the Detroit Motor Show