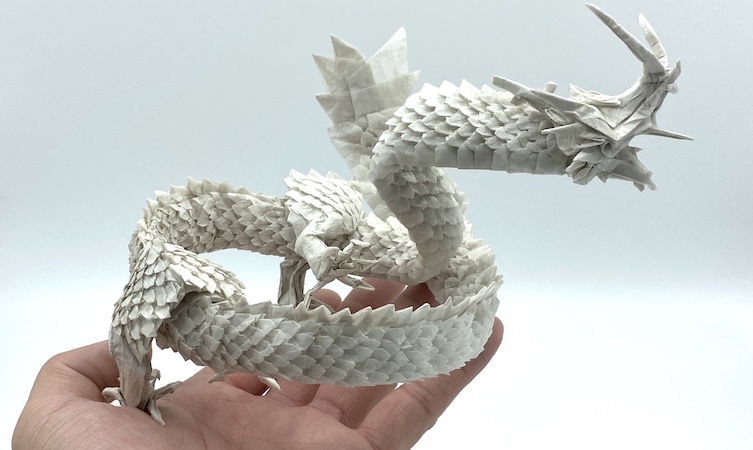 Origami has been part of Japanese culture for 2,000 years – revered for its complex techniques and intricate forms, a unique combination of art, engineering and maths. To transform a single sheet of paper into a sculpture takes creativity, dexterity, and untold hours of practice; indeed, at Lexus we even use an origami challenge to test the skills of our takumi artisans. 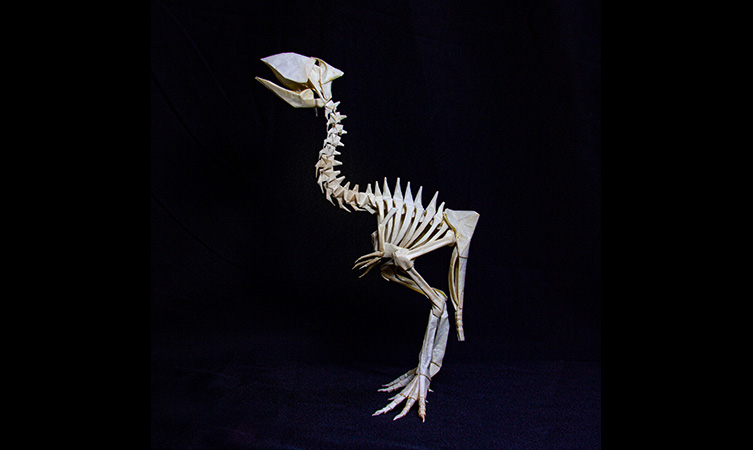 And origami has been adopted by artists all over the world, too – who breathe new life into the craft by combining it with their own interests and cultures. Here, Hazel Plush meets some of our favourites – and yes, all of these pieces have been folded using just one piece of paper, unless otherwise stated.

Folded by Boice Wong – Arizona, US

“When I was young, I saw this model as unachievable – the ultimate example of something that ‘can’t be a single sheet’ to non-folders. I have been folding origami ever since I was a little kid – and when I got into university, I started learning how to design. Over the last three years I have designed many original models and have taught some of them at national origami conventions. 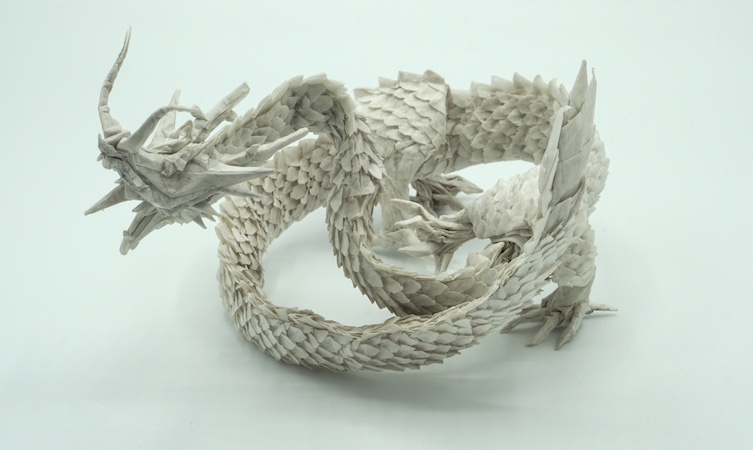 “If you want to start origami, never feel that you need to fold something hard: the ‘best’ origami are the ones that you have the greatest time creating.”

“I am originally from Aichi, in Japan – but now I live in Argentina. Origami connects me to Japan, and to memories of my grandmother. I remember being three or four years old, and watching her fold kusudama – paper flowers – like this one, which is made from tiny separate shapes. 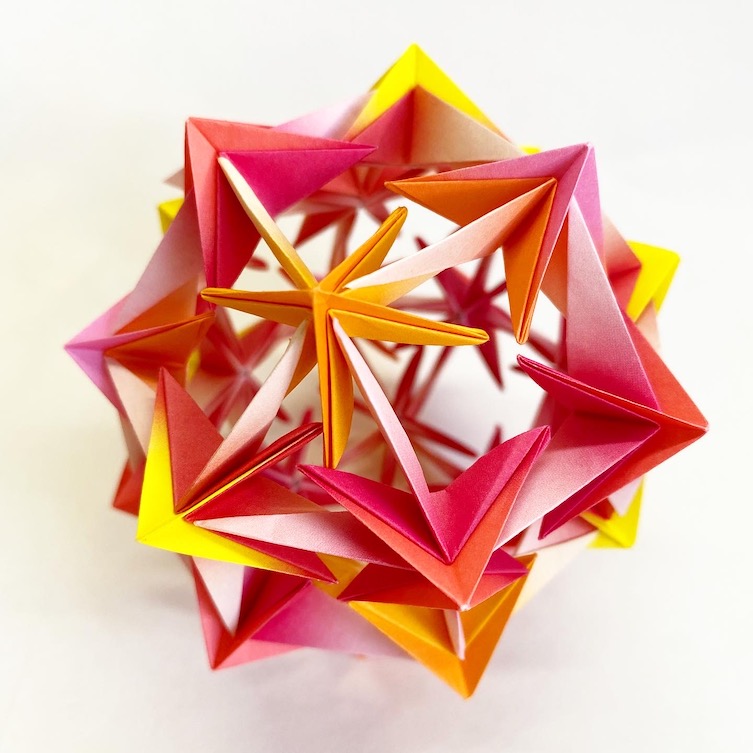 “In Japan, a legend says that anybody who folds 1,000 origami cranes will have a wish granted – so I began making them with my mother when I was seven. That was how I started. Now, I make origami with my daughter – telling her about the 1,000 cranes, and teaching her my grandma’s kusudama that I still love today.”

Folded by Beth Johnson – Michigan, US

“I am drawn to origami because it blends artistry with puzzle-solving. I have been folding since I was nine, and have been designing models since 2010. There is an incredible sense of fulfillment that accompanies the creative process – when I finally solve the puzzle – that I do not feel with any other artform. 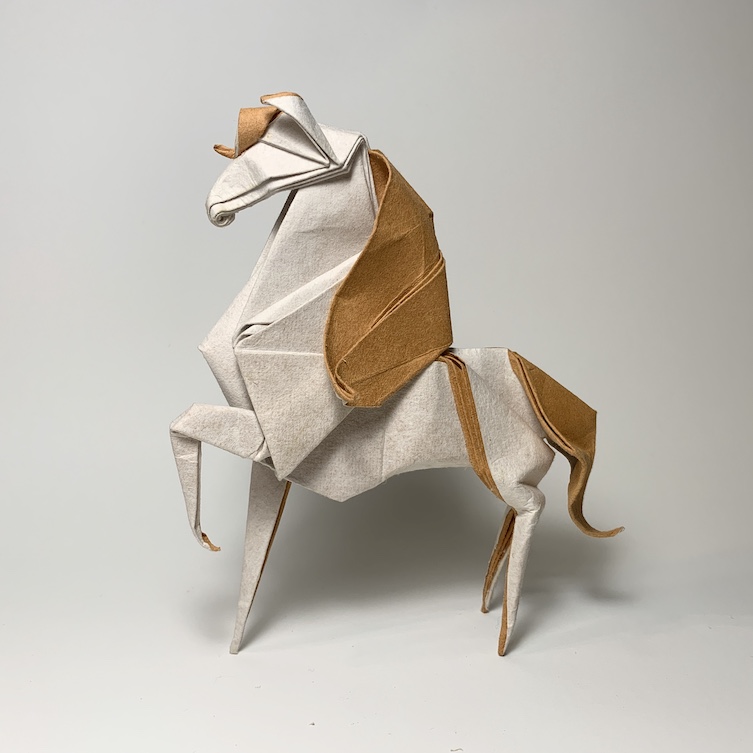 “I share my creations with others, teaching them to fold what I have created. Because of this, origami has connected me with people all over the globe. My life is so much richer and fuller because of this, my world so much larger.”

Take the Lexus takumi challenge: Can you fold an origami cat using your non-dominant hand?

“I’ve been working with origami for almost ten years now, and I’m inspired by the movement and personality that it can portray. Although my work is usually made with a single sheet of paper with no cuts, I wanted to challenge myself with modular origami – and Gastornis Skeleton was made from 30 pieces in total. 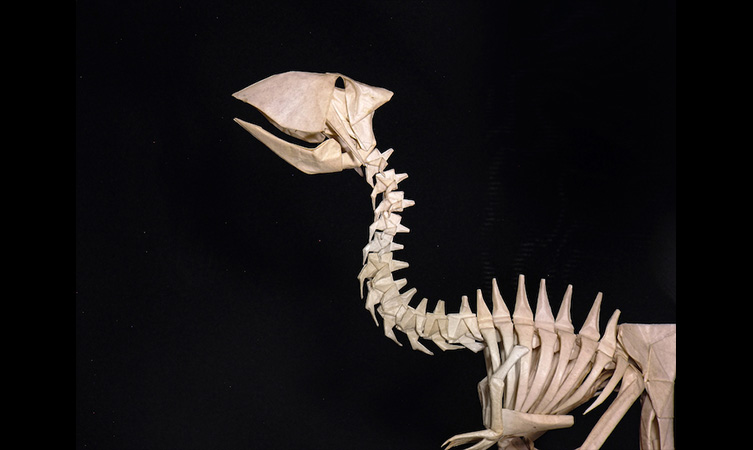 “It was fairly easy to fold, but this was a new way of working with the paper – and the assembly process was very different for me too. I also had to be more patient, folding the same pieces many times.”

“Folding abstract shapes into something representative feels like magic. Paper is a wonderful medium with such a variety of textures – which can really express different states and emotions. 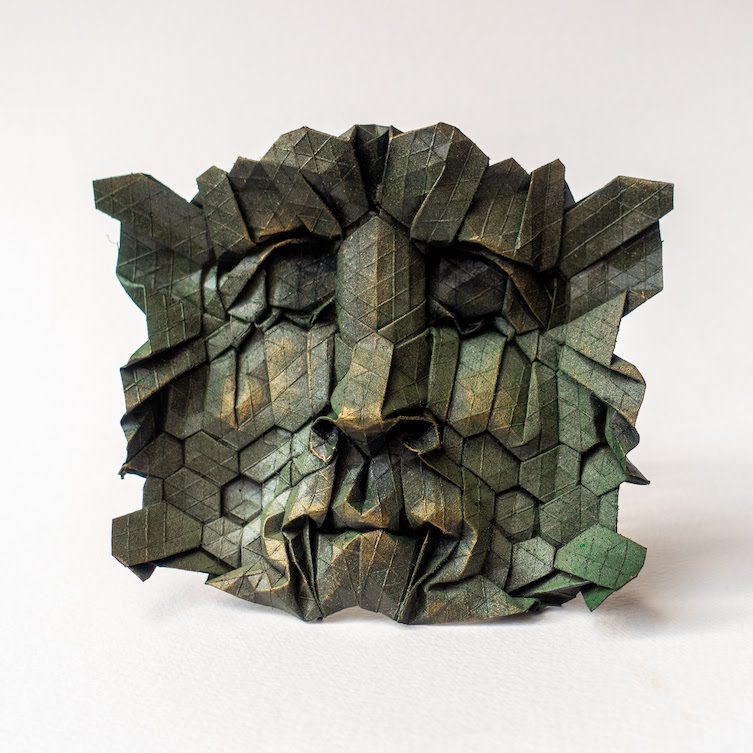 “I’ve been folding seriously for about five years now, and got into designing origami two years ago. I’m constantly inspired by nature: it’s full of hidden geometries that form completely organically, just like the hidden shapes on the creases of the paper. When you unfold a piece, it can turn into an abstract artwork all of its own.”

“This is the hardest piece I’ve ever folded: it took me 30 hours to make. It is the most technical project I’ve ever completed, as well as my favourite one. The trickiest thing about it was achieving the chest scales. 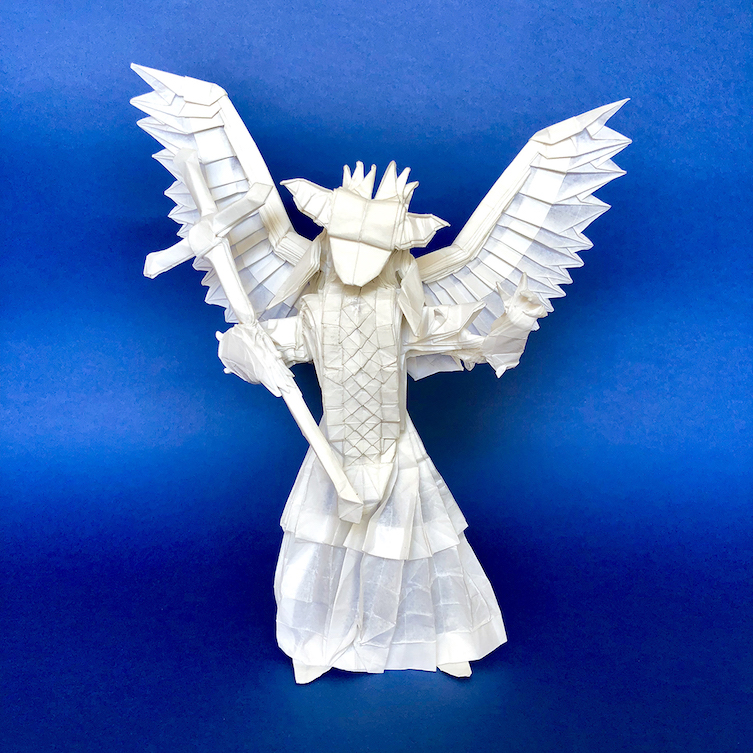 “I was inspired to try it because I love Angel figures: wings are something that I have loved to draw since I was a kid, and when I saw this one I knew I had to give it a try. I’ve been folding origami for almost 13 years now. This piece was so satisfying to finish, like completing something on a whole new level.”

“Origami looks like a child’s game, but after a few folds you realise it’s much more than that. In fact, it’s also a science that not only involves creativity, but also intellect, geometry and maths.

“It is also a very democratic art, which can be done by anyone, anywhere, and with a very cheap material. You don’t need any tools except your hands, and you can do it alone or with other people – even if you don’t share a language, because origami is a language of its own. 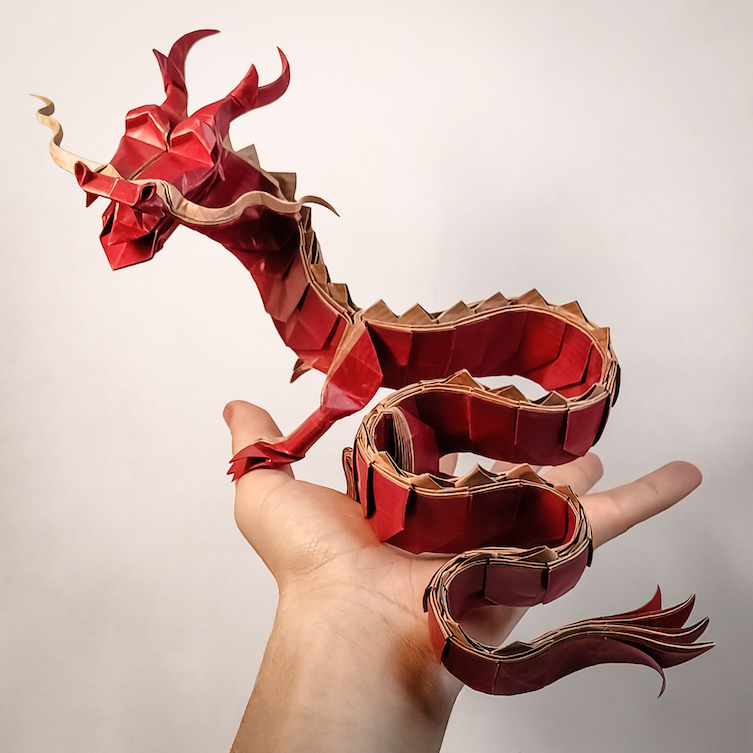 “I know no other art where you can reproduce with perfect accuracy a masterpiece created by someone on the other side of the world, with only a piece of paper and a set of moves.”