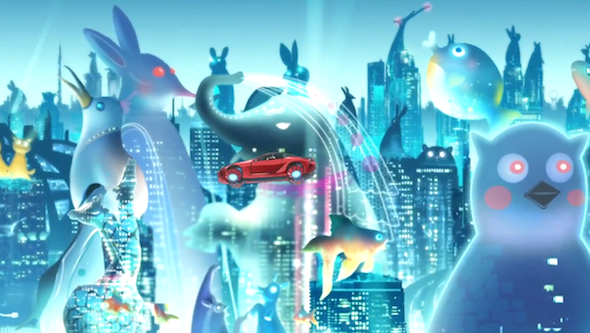 The Lexus Short Films project has already given us with four unique takes on the theme of ‘Life is Amazing’, and the final instalment is the most surprising yet.

Directed by Japan’s Mitsuyo Miyazaki, A Better Tomorrow combines live-action photography with dazzling Anime-style animation and tells the story of two orphans in a water-starved future. Brother and sister Shin and Myra follow in their scientist father’s footsteps, developing a technology that could change the world.

But when dark forces kidnap them in an attempt to steal their father’s invention, the device is mistakenly activated and a mysterious power unleashed. While trying to escape their captors, they are magically transported on a voyage out of this world.

Unlike the other Lexus Short Films, A Better Tomorrow gives a stunning Lexus concept car, the LF-LC, a starring role in the action. Watch the film to see it!

Find out about the other short films here.