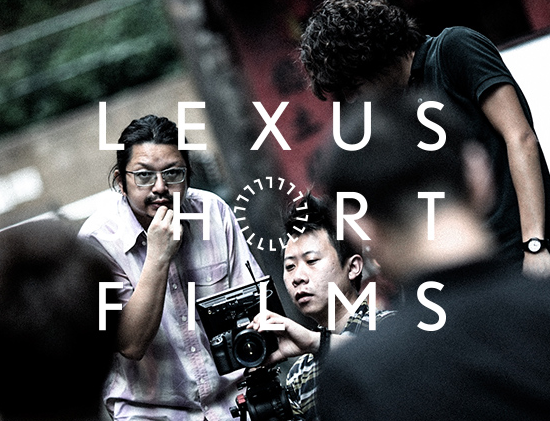 The names of the final two directors to join the Lexus Short Films project have been revealed. Chan Chung Ki and Mitsuyo Miyazaki will direct the fourth and fifth films in the series, exploring the theme ‘Life is Amazing’.

Hong Kong native Chan Chung Ki studied graphic design in HK Polytechnic in 1988 and later focused his attention in film production, cell animation and 3D computer animation. After graduation, Chan began his career in the film and television entertainment industries, with a focus on documentaries and work in TV commercials.

Watch Ki Chan’s showreel video below to get a flavour of his style and what’s to come.

The fifth director in the Lexus Short Films Series is Mitsuyo Miyazaki. Originally from Osaka, Japan, Mitsuyo began her career as a stage performer and actress.

Her directorial debut short film Tsuyako opened at the 2011 Palm Springs International ShortFest where the film won Future Filmmakers Award and Audience Award. Tsuyako went on to be shown at over 60 film festivals worldwide, winning 38 awards including the prestigious Director’s Guild Award for the Best Female Student Director.

Mitsuyo has hinted that her film could be a family drama. It will mix live action with animation, and be produced in association with Koji Morimoto, one of the world’s most respected Anime directors. Here’s a look at her previous work.