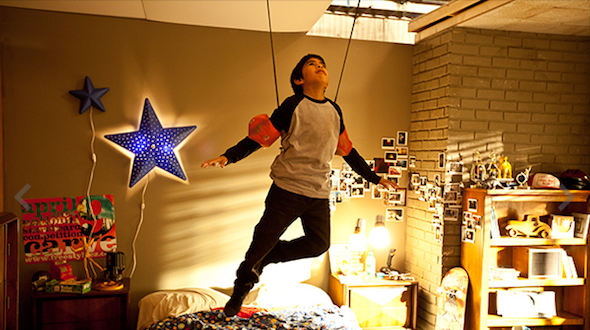 We recently revealed that Justin Tipping was the first director picked to create a mini-movie in the Lexus Short Films competition.

Now we can give you a behind-the-scenes look at his film Swimming in Air ahead of its release.

Here’s the first production diary, in which Justin describes the challenge he’s taken on, working with a young cast, devising stunts and coming up with ways to turn his ideas into a reality on screen.