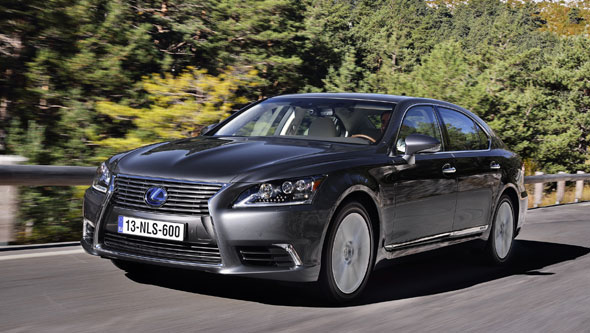 Another piece of Lexus history has been made with worldwide sales of its luxury full hybrids breaking through the half-million mark.

At the end of November the number of hybrid-powered Lexus models reached 506,000, seven years on from the launch of the first of the line, the RX 400h SUV.

Today one in four new Lexus cars sold is a hybrid, but in Western Europe the proportion is much greater – more than eight out of 10 customers choose Lexus Hybrid Drive.

Lexus continues to lead the luxury market with the technology, its progress as a cleaner, more refined and highly efficient system delivering lower emissions and better fuel economy with each new model launch. And seven years down the line, hybrid has proved itself to be exceptionally reliable, helping achieve in a shift in public perception that has moved it from a niche choice to a mainstream proposition.

Lexus’s hybrid timeline began with the RX 400h, which was followed in 2006 by the first generation GS 450h. The flagship LS 600h arrived in 2007 and the more powerful RX 450h two years later. Last year the CT 200h luxury hatchback helped introduce Lexus to a vital part of the market, while in 2013 anticipation is building for the all-new hybrid IS sports saloon.

In other parts of the world, such as North America, Russia, Japan and Asia, there have been other Lexus models we don’t get to drive here, including the HS 250h and ES 300h, designed and engineered to suit different market preferences.

Here’s how Lexus’s hybrid history breaks down in terms of model sales, worldwide, and in the UK.