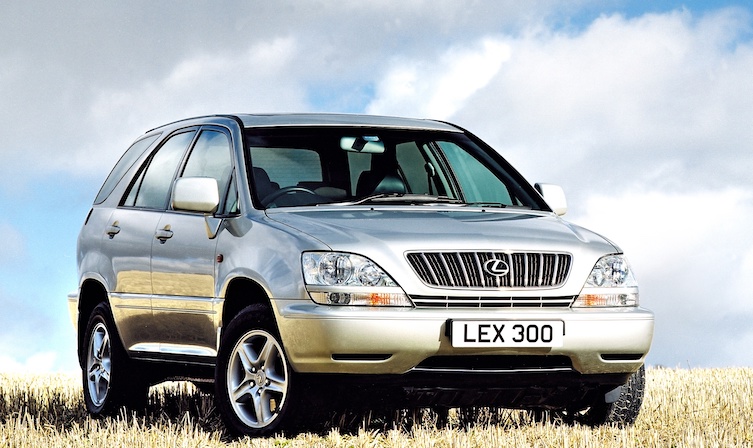 Lexus makes the proud claim that the RX 300 was the world’s “first luxury SUV” – and with good reason.

For sure, there were plenty of SUVs pre-dating the RX’s launch in 1998 that had luxury features and finishings. What set the RX apart was the fact the luxury wasn’t just about leather upholstery, wood trims and clever air conditioning. It was just as much about the quality of the driving experience: ride, handling and refinement in particular. 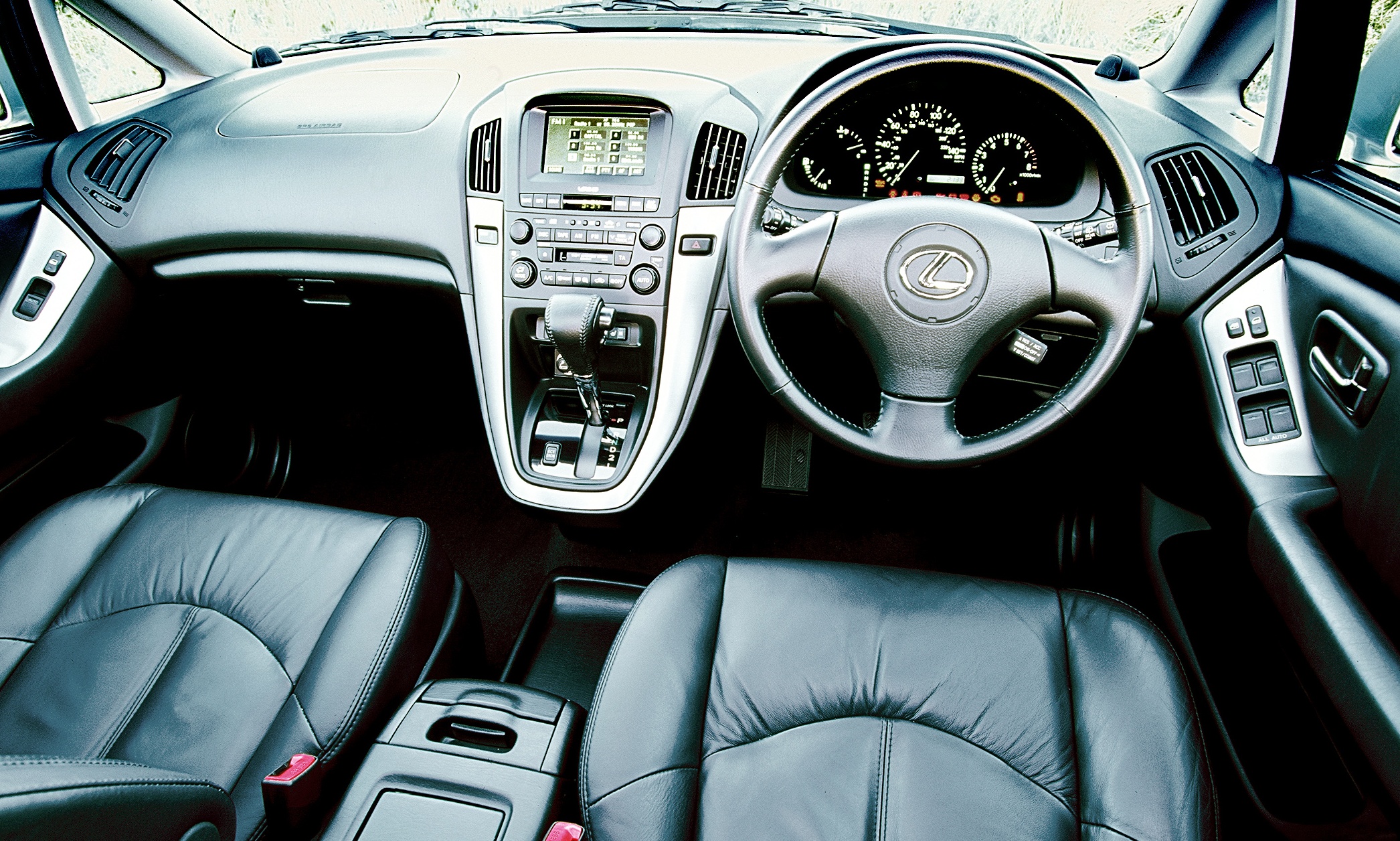 From the ground up, the RX was designed and engineered as a luxury vehicle of a kind the motoring world hadn’t seen before. It might have been a new concept – the term “crossover” wasn’t in common use back then – but people loved it and it quickly became Lexus’s best-selling model.

The RX may have been well received, but no one could then have imagined just how quickly it would spark a transformation in the luxury car business. Within just a few years, every major premium car maker had come up with its own take on the RX, making the new crossover segment the most popular in the luxury market. 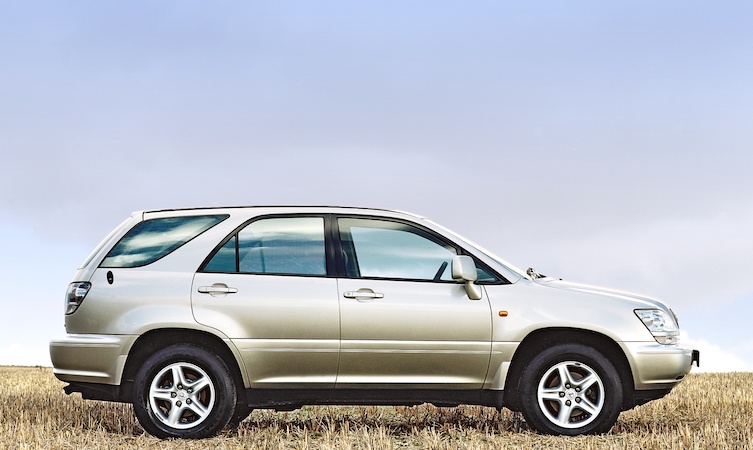 Certainly, this was a market ripe for change. SUVs were popular; people liked the high driving position and their strong, rugged image. But they weren’t great for driving around town, handled poorly, were difficult to get in and out of and drank a lot of fuel.

Lexus focused on the positives and came up with ways of tackling the traditional SUV’s shortcomings. The development concept was that this new vehicle should be as comfortable and powerful as a passenger car but capable of off-road driving too.

Introducing the radical new model, Chief Engineer Tsuneo Uchimoto explained: “Many car makers would simply have built a smaller version of (their large SUV) or perhaps adapted an existing truck or SUV platform.

“We were able to throw away the usual constraints and think of this new product not in traditional terms of pick-up, SUV, MPV or luxury saloon. Instead we could incorporate the most desirable attributes of all those vehicles.” 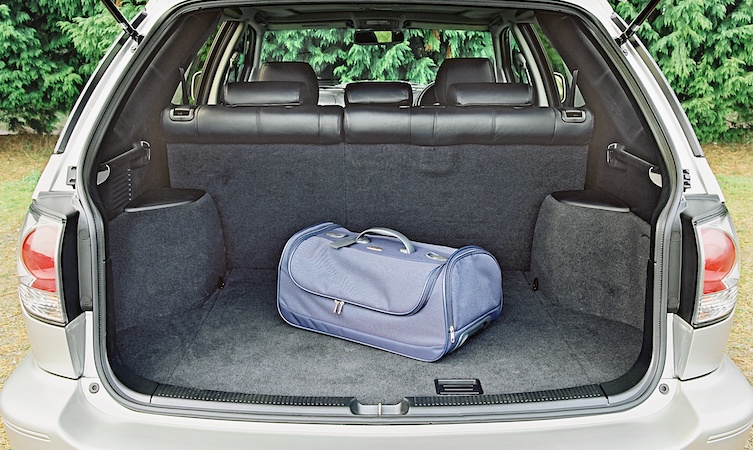 So what exactly was different? For a start, Lexus abandoned the usual SUV construction method of attaching a body to a separate chassis. Instead, it took the platform of its ES saloon and built a monocoque – one-piece – body. This straight away created a lighter vehicle with more stable and smoother handling, without the body roll experienced with many taller SUVs. The styling was more car-like, too, being rounded and more aerodynamically efficient. 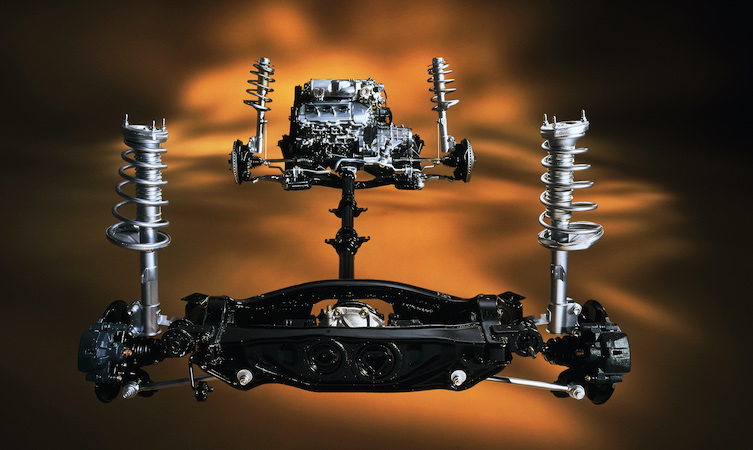 Its dynamic prowess was supported by MacPherson strut suspension with anti-roll bars front and rear, while the use of active engine mounts reduced vibration for a more comfortable ride. Thanks to reduced ground clearance, getting in and out of the RX was an easier one-step action, compared to taller SUVs. 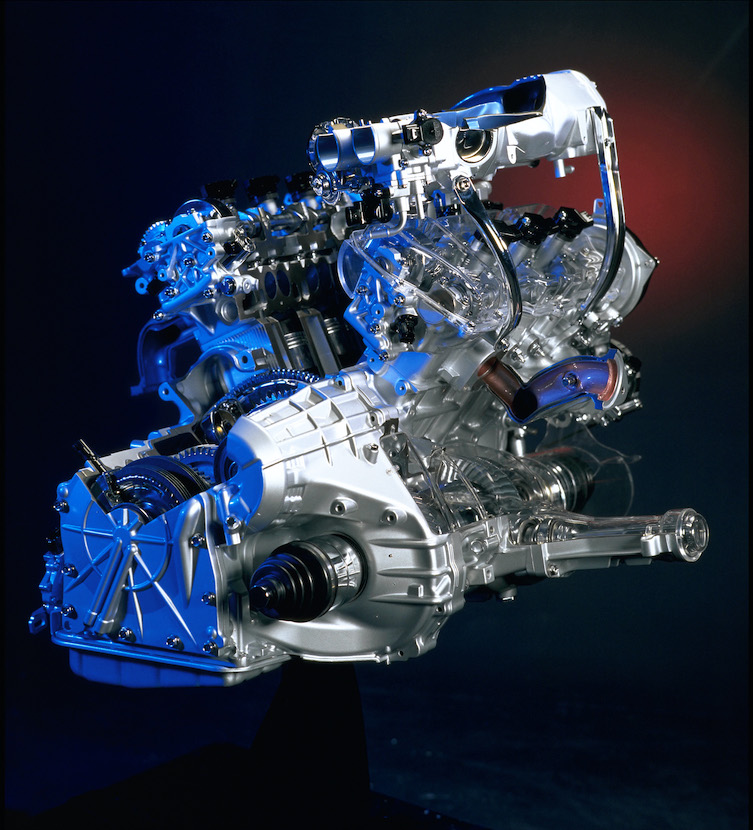 The engine was also shared with the ES, a 3.0-litre V6 petrol unit, mounted transversely and matched to a four-speed automatic transmission. With 220bhp, it could move the car from rest to 62mph in 8.5 seconds. Key boxes were ticked: styling, acceleration, handling and quietness were all of luxury car quality.

RX customers were given the choice of front or all-wheel drive to suit their driving needs and lifestyle. The AWD had genuine SUV ability, fitted with a viscous coupling in the centre differential that allowed a 50:50 split in drive torque between the front and rear axles. For even stronger performance off-road or in low-grip conditions, a Torsen limited-slip differential was also available. 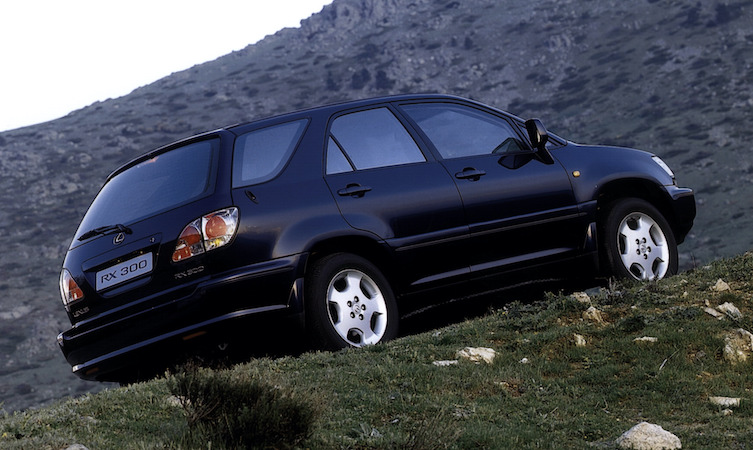 The RX was destined first for the American market and it made its world debut at the 1997 Chicago Auto Show, branded an “SLV” – Sport Luxury Vehicle”. The public reception was warm, as was the response of the first journalists who drove the car at the end of the year. Initial sales were strong, both in the USA (42,000 units in the first year) and in Europe, where the RX was introduced in a refreshed version in 2000.

Being the world’s first luxury SUV was just the start of the story. Even as the luxury crossover/SUV market became larger and more competitive, the RX continued to set the benchmark, not least when it became the first luxury vehicle to be offered with hybrid electric power – the RX 400h of 2004. 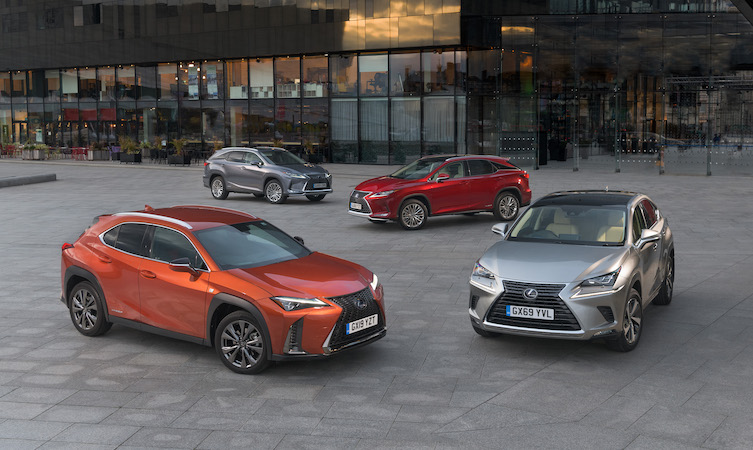 Today, with more than three million worldwide sales to its credit, it continues to prosper and has inspired the addition of further Lexus SUVs – the mid-size NX and the compact UX.