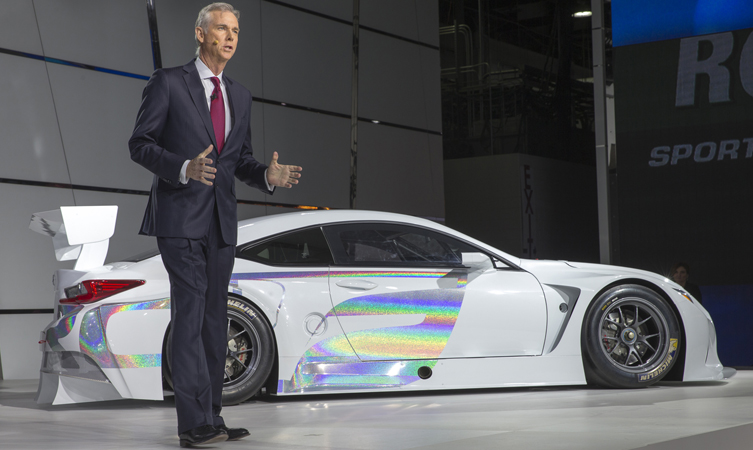 Lexus is heading back to the track with a new global motorsport effort led by the stunning Lexus RC F GT3.

The announcement was made to a packed auditorium at the 2015 Detroit motor show, by Jeff Bracken, the USA’s Lexus Group Vice President.

Bracken confirmed that the firm has ‘the itch to go racing again’ and revealed that the Lexus RC F GT3 racing car is expected to pass homologation soon, giving it the technical green light to race.

“This car’s mission is to spearhead the company’s first global racing effort, while competing against some of the more storied marques on the racing scene,” he said.

“We expect RCF GT3 to soon pass homologation. After that we plan to work with key race car development partners to enhance our competitiveness before privateer racing teams field their own Lexus RCF GT3 teams.”

He also gave the first details of where he hoped the RC F GT3 will race: “This year Lexus is developing this RCF GT3 with the hopes of competing in the FIA GT3 category in Europe and then bring this V8 racecar to a yet-to-be-determined series in the United States in 2016.