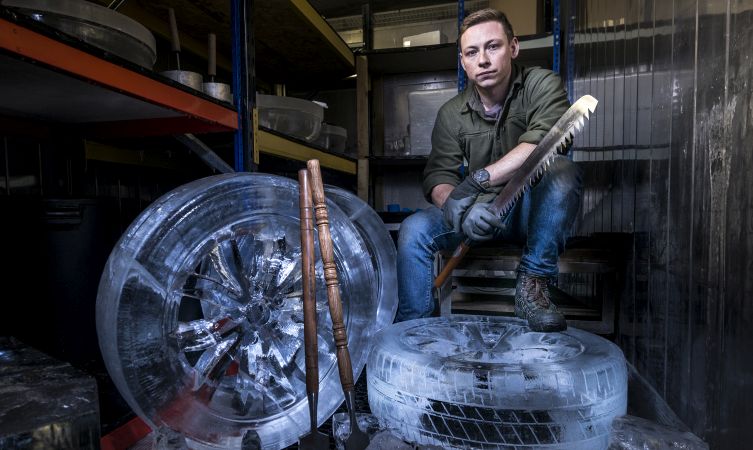 Jack Hackney’s background in model-making and special effects, plus almost a decade of experience with project partner Hamilton Ice Sculptors, made him a crucial member of the team tasked with helping Lexus ‘create amazing’ for this radical ice wheel project.

We took a few moments to chat with him after installing the ice wheels at Lexus HQ for their final public showing. 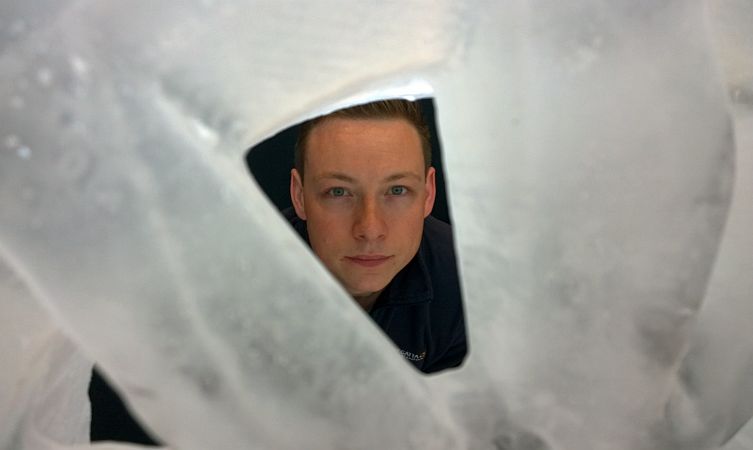 Lexus: Seeing as this project is unlike anything the company has ever tackled before, how did you decide where to start?

Jack: The starting point was to make one whole wheel; not so it could be attached to the car but to help us work out how it could be replicated. Making it entirely by hand would have taken about a week of constant measuring and carving per wheel, so to speed up the process we decided to use our CNC machine to carve the actual body of the wheel before moving on to hand-carving for the finishing.

Lexus: But then another element had to be introduced…

Jack: Once we had the design finalised we began the more complicated process of engineering the actual wheel that would be fitted to the car. This required us to work hand-in-hand with the model-makers at LaserCut Works and finding a way of supporting the weight of the car on ice wheels.

Lexus: And that was by designing a load-bearing element from clear acrylic, right?

Jack: Yes. It was a good solution that worked without too many hitches. But as you might imagine, the two materials have very different properties, so the tolerances between them had to be millimetre-perfect and the ice structure had to be slightly re-jigged; there was simply no room for error. Fortunately, the tests were successful. 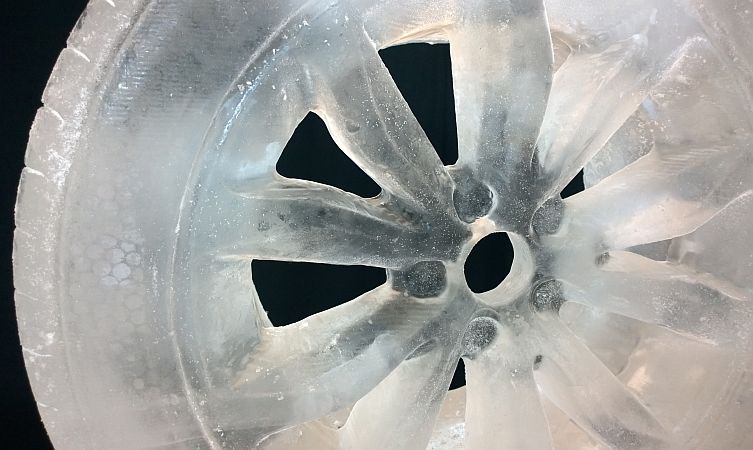 Lexus: Did the ice blocks that would go on to become the wheels require a special freezing process?

Jack: The ice we use is frozen in the normal way but if it is frozen too quickly the water loses its clarity. You also have to find the right balance in temperature when working on the wheels. If the temperature is -15 or -20 then the ice will be too brittle for carving and will likely fracture if you work it too hard; but then if it’s too close to zero degrees the temperature is too warm and the shape may not hold long enough. We found that the best temperature was between -10 and -15 degrees.

Lexus: How did you replicate the tyre tread pattern?

Jack: This was an element we hadn’t actually discussed during the planning stage. But when it came to replicating the pattern we took measurements off the CAD file and made templates from the real Lexus wheel. We then used these to lightly score the tread detail with an ice pick, before making deeper grooves with V-shaped tools and an ice needle tool on a Dremel. It was quite enjoyable work but relatively monotonous doing the same lines over and over again around the whole circumference. 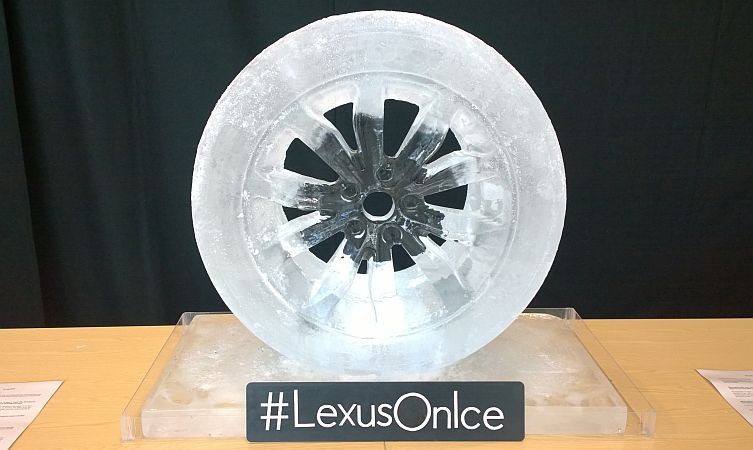 Lexus: You mention the use of Japanese steel chisels and shaping tools. Was this a subtle reference to the Lexus NX as a Japanese vehicle?

Jack: Unintentionally, perhaps. The truth is that Japanese steel is simply the best quality material for this work; the way our tools are made is the same as used for Samurai swords. A lot of the tools we use have to be absolutely razor sharp to cut through the ice. The quality of the steel means our equipment can be sharper and last longer than other tools.

Lexus: What was your biggest concern about the whole ice wheels project?

Jack: We had this constant worry that the whole thing may not actually work. It was a whole new level of complexity, so we almost had to learn new skills in ice-carving. And besides that, there was a whole lot riding on this project; not least of which was a car!

Lexus: Thanks ever so much for your time today, Jack, and we wish you and the rest of the team at Hamilton Ice Sculptors all the best for the New Year.