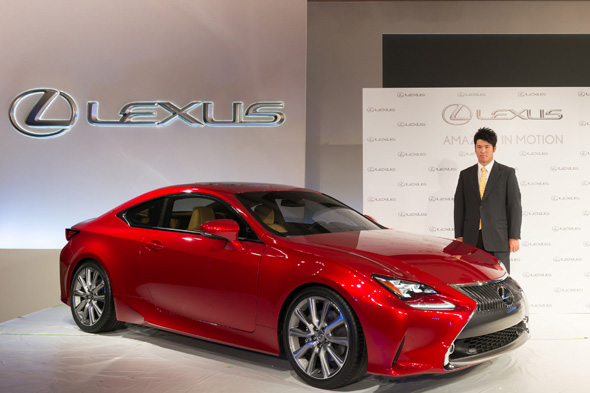 One of Golf’s greatest competitions swings into action this week, the U.S. Open Championships has produced some of the best moments in golf history.

And this year should be no different.

Once again, Lexus will be at the heart of the action, with Lexus Golf Ambassadors, including Jason Day, Charles Howell III, Johnny Miller, Mark O’Meara and Annika Sörenstam mixing it with the fans.

In addition, Lexus sponsored Hideki Matsuyama will take to the course at Pinehurst Resort & Country Club in the Village of Pinehurst, NC, from June 9 to 22.

Matsuyama, 21, turned professional in April 2013, and has already achieved an impressive record, becoming the first rookie to top the winnings list on the Japan Golf Tour.

Matusuyama, makes his US Open debut this year, has already impressed in his home country of Japan, winning the 2010 Asian Amateur Championship with a score of 68-69-65-67 = 269.

This also gave him the chance to compete as an amateur in the 2011 Masters Tournament, becoming the first Japanese amateur to do so.

Lexus International Executive Vice President Mark Templin, said: “We’re very proud to have Hideki representing Lexus. His dedication to his craft mirrors the Lexus approach, and we share with him the drive to get out there and perform at our very best, every time.  His form exemplifies our slogan, ‘Amazing in Motion’.”Matsuyama said: “I’m delighted to have entered this partnership with Lexus.  Lexus established itself in the highly competitive U.S. luxury market and is now competing around the world.  I find this encouraging as I enter the U.S. PGA next year, and just like Lexus, I’ll give my all in the global competition.”

Lexus Golf sponsorship is built on the sport’s shared focus of precision and technology. Find out more, in the short video below.