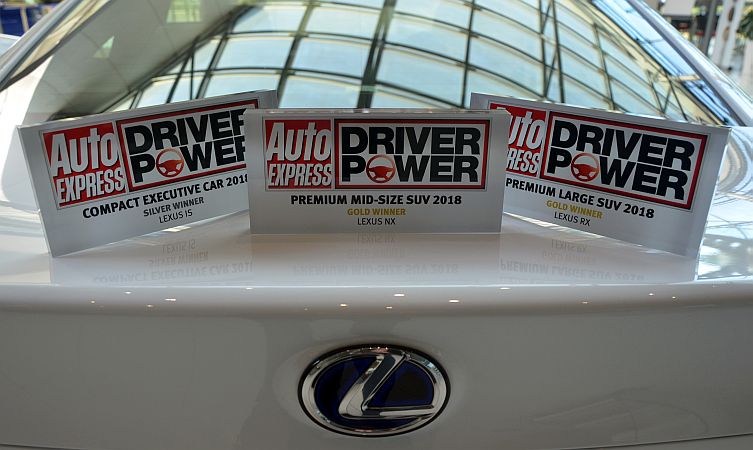 The UK’s motorists have once again backed Lexus models as the best you can own with three gold and a silver award in the Auto Express 2018 Driver Power survey.

This year it is Lexus’s self-charging hybrid crossovers that have impressed most, with the RX 450h and NX 300h respectively topping the rankings in the Premium Large SUV and Premium Mid-size SUV categories.

The NX had the added distinction of being rated the best model overall for reliability and build quality, while the Lexus IS saloon was the silver award winner in the Compact Executive Car class. 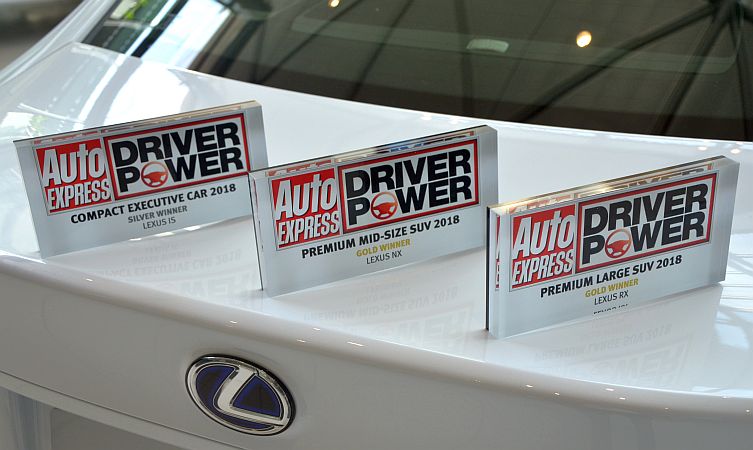 Steve Fowler, Auto Express Editor-in-Chief, reflected on Lexus’s sustained success in the Driver Power survey. He said: “Lexus has been a fixture at the top of the Driver Power tables since day one, so it’s no surprise to see the Lexus NX and Lexus RX topping their categories this year. Owners of these Lexus SUVs obviously love their cars very much. Even better news is that these cars are unlikely to go wrong, as is proved by the NX coming top in the reliability and build quality category – an outstanding result.”

Ewan Shepherd, Director of Lexus in the UK, said: “The results of the Driver Power survey are based on people’s real-world experiences, so they give us confidence that we are succeeding in our efforts to continually improve the quality of both our cars and service to customers. The exceptional performance of our RX and NX models this year helps pave the way for the next addition to our crossover line-up, the all-new compact UX, later this year.”

This year’s Driver Power survey is based on the responses of more than 80,000 motorists to questions about the performance of the vehicles they drive and the quality of the service they have received from manufacturers, retailers and service and repair centres.