Skip to content
Home Other Lexus Awards 2022: Best for After Sales Service 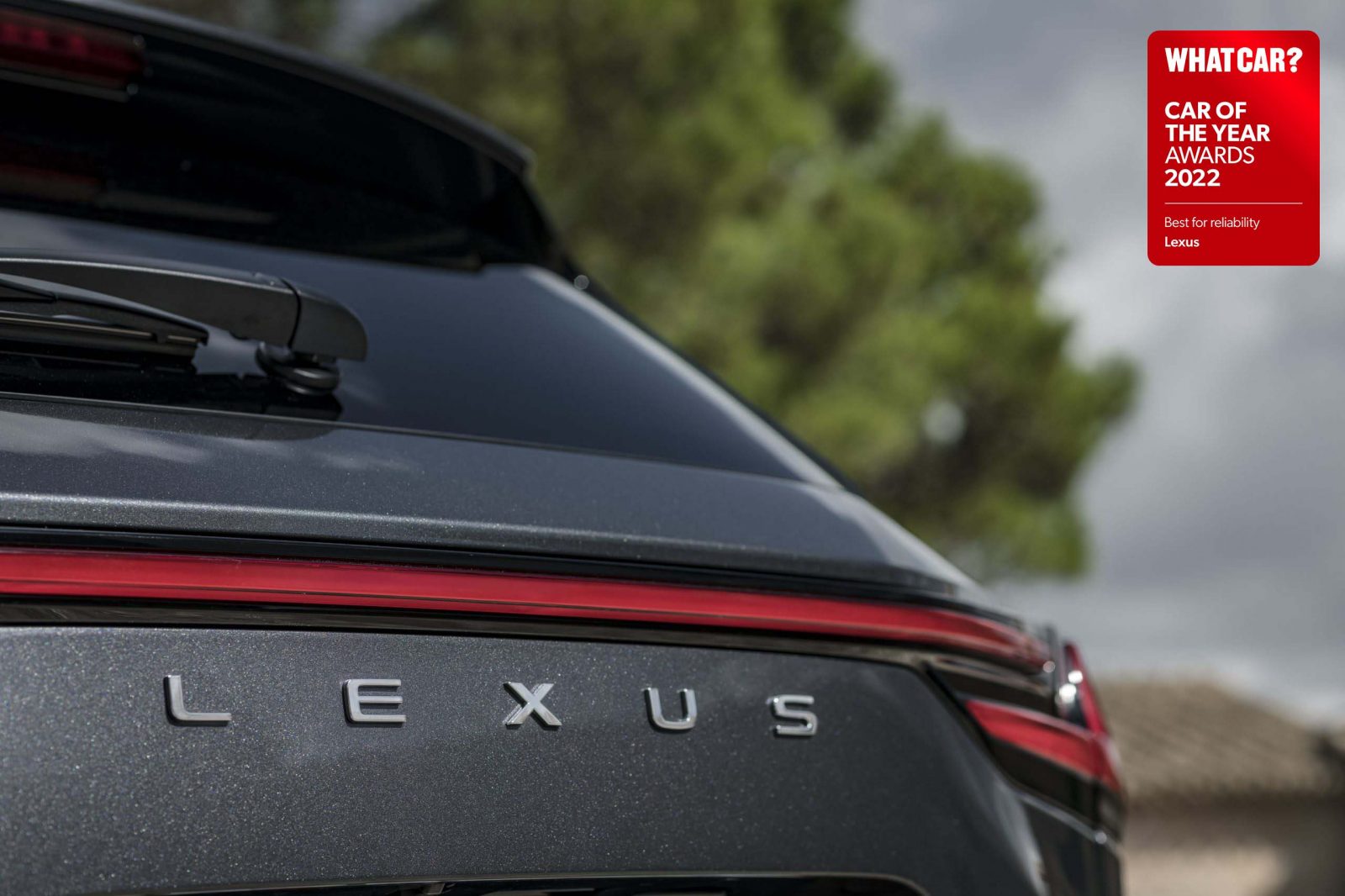 After a strong 2021 in which Lexus UK achieved an impressive 10 accolades, how many awards can the brand collect in 2022? We will keep this page updated with each new award win throughout the calendar year, so watch this space…

Lexus centres have again been named the best for after sales service in Auto Express’s Driver Power survey of Britain’s franchised dealerships.

Lexus achieved the highest overall rating in the “service” category of the survey, based on the opinions and real-world experiences of the thousands of UK motorists.

With consistently high scores for facilities, the courtesy of staff and the quality of communications and workmanship, the brand gained a 93.05 per cent result. This in turn helped secure it second place overall in the Best Car Dealers ranking, repeating its 2021 success. Lexus has never ranked lower than second in the survey in the past six years, its record including a run of four consecutive top placings.

Reporting the results, Auto Express said: “Lexus’s service centres shone brightest of all. Owners love the facilities and are treated courteously by staff, who are also great communicators and can be proud of their workmanship.” It highlighted the fact that “incredibly” only 2.9 per cent of owners said they had had an after sales-related complaint.

Chris Hayes, Director of Lexus in the UK, commented: ““Delivering the best possible customer service is absolutely central to our Lexus principles. It’s thanks to the commitment and hard work invested by the amazing team in our network that we continue to improve and maintain our leading status.”

The all-new Lexus NX has been honoured as the best mid-size premium SUV in the 2022 Auto Express New Car Awards. It emerged the winner from a highly competitive market segment by impressing the judges with its all-round capabilities – particularly the quality of the plug-in hybrid electric version, the NX 450h+.

Steve Fowler, Auto Express Editor in Chief, said: “Lexus has really pushed the NX’s ability, underpinned by the versatile GA-K platform that delivers what premium buyers want on many fronts – and overtaking many of its premium German competitors in the process.”

Drawing attention to Lexus’s “decades” of experience in electrified powertrain technology, he remarked on the model’s EV driving range (up to 47 miles) and its “supreme refinement”.

The stand-out success of the early summer came at the Auto Trader New Car Awards in London, where the famous automotive media company hailed Lexus as Most Reliable Brand for 2022.

One of the most significant and pleasing aspects of Auto Trader’s annual awards is that the accolades are voted on by more than 156,500 car buyers, meaning that real owners are making the decisions.

Explaining the Most Reliable Brand win, Auto Trader stated: “From the very beginning Lexus was created as the ultimate in both quality and reliability, created as a luxurious twist on Toyota’s existing reputation for engineering excellence. To this day it’s something owners clearly appreciate”.

Lexus has received the What Car? Reliability Award for a third year in succession, acknowledging its continued success in the magazine’s annual Reliability Survey.

The results of the 2021 survey of more than 16,000 UK drivers produced an overall rating of 98.7 per cent for Lexus, with What Car? reporting that, in the few instances where problems with a Lexus car occurred, most were resolved free of charge.

Steve Huntingford, What Car? Editor, remarked on Lexus’s history of success in the award: “If you’re a gambler after a safe bet, putting your money on Lexus finishing first in the annual What Car? Reliability Survey is about as good as it gets. The luxury brand not only topped the table in 2021, but has done so on four previous occasions and has never finished lower than second. If iron-clad reliability is your top concern, look no further.”

What Car?  honours the all-new Lexus NX 450h+ as its Plug-in Hybrid of the Year

The Lexus NX 450h+ has been named the Plug-in Hybrid of the Year in the prestigious What Car? awards.  It is an auspicious first honour for the all-new mid-size premium SUV, Lexus’s first plug-in hybrid electric model, introduced in late 2021.

Steve Huntingford, What Car? Editor, expressed warm praise for the Lexus: “The Lexus NX is one of the most compelling reasons to go green that we’ve yet seen, with a long electric-only range which should not only slash motorists running costs, but also makes for tempting company car tax rates. The NX is good to drive, too, and has an interior that’s hard to fault in any respect. In short, Lexus has proved that driving an electrified car without accepting compromises need not be a fantasy.” .

Lexus Awards 2022: LC 500 convertible honoured as the Best High-end Convertible by What Car?

What Car?  has recognised the Lexus LC 500 Convertible with the award for the Best High-end Convertible, “an unspeakably desirable” car.

Steve Huntingford, What Car? Editor, said: :”The LC 500’s V8 is an aural delight whether you’re revving it out on the open road or bumbling around town. Moreover, when the roof is in place and you’re cruising at speed, the LC is much better at shutting out wind noise than its rivals. Add in concept car looks and beautiful interior that feels like it’s been built to outlast the Earth and you have an unspeakably desirable package.”