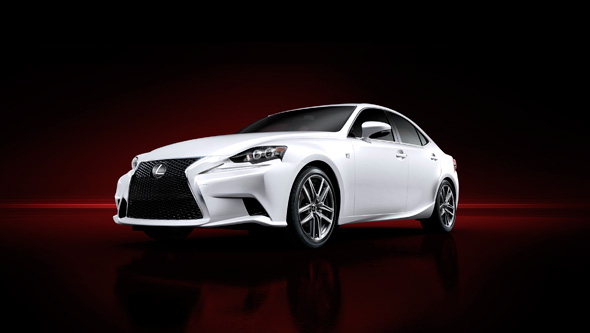 It’s already making waves thanks to its combination of leading-edge technology and stunning design, and the Lexus IS 300h full hybrid will finally make its European debut at the 2013 Geneva Motor Show.

When it goes on sale in Europe later this year, the IS 300h will be available with an F Sport package, with exclusive sports-themed exterior and interior design features and sportier driving dynamics.

Read our other posts on the new Lexus IS here.

Also appearing at the show, the award-winning Lexus LF-LC hybrid sports coupe concept will be presented in a the stunning Opal Blue finish that debuted at the Australian Motor Show in late 2012.

Completing the line-up on the Lexus stand will be the full range of F Sport full hybrid models, including the new IS 300h F Sport, will be on show at Geneva, taking their place on an all-new motor show stand that’s being used for the first time in Europe.

Don’t forget – we’ll be live at the Geneva Motor Show and covering all the action on our social media channels. Why not take a look?