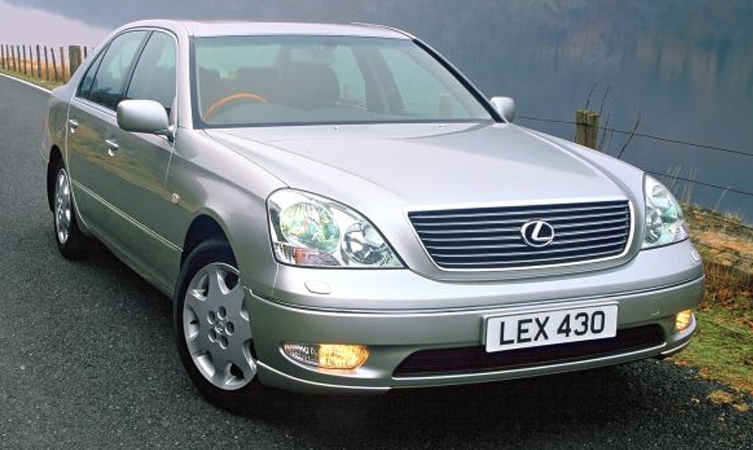 On its European debut at the 2000 Geneva Motor Show, Lexus proclaimed that the forthcoming third-generation LS flagship was an all-new car bristling with the latest technology.

It was true. Just as the previous models (first and second generations) set impressive new standards among their contemporaries, the new LS 430 used advances in technology to redefine every benchmark of Lexus quality and refinement, being appreciably faster, smoother, quieter and more comfortable than its predecessor. 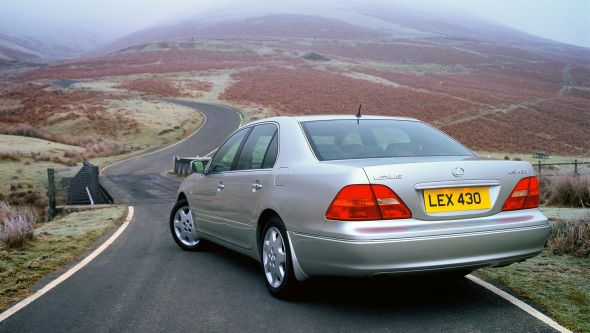 Interestingly, Lexus has never claimed to make the best luxury car in the world. The intention has always been to produce the best possible car at any particular time. It was left to others to make their judgments – both quantifiable and subjective – on the final product.

In those respects, the LS 430 was unarguably the quietest car in its class, the most aerodynamic, and the one that offered the highest specification level. Indeed, even if you plundered the options lists of rivals they still couldn’t match that fitted as standard to the new LS.

The heart of the LS 430 was the latest derivative of the highly regarded UZ family of V8 engines. Codenamed 3UZ-FE, it featured an identical stroke length to the outgoing 1UZ-FE but a larger piston bore size to increase displacement to 4.3 litres. Once again, intelligent variable valve timing was included in the specification to fine-tune valve overlap throughout the rev range. 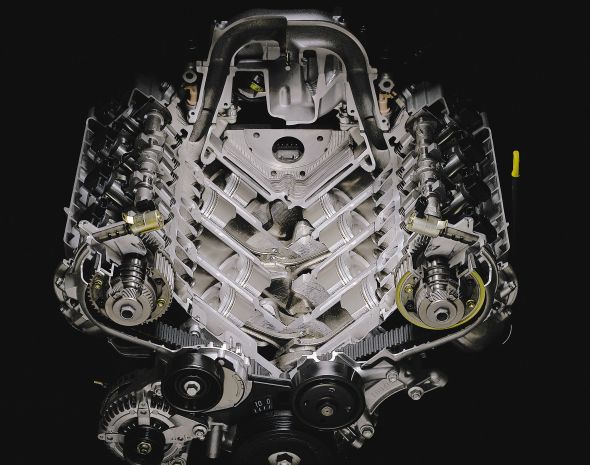 Whisper-quiet and almost supernaturally smooth in operation thanks to lightened internals and reduced friction between moving components, the new 4.3-litre engine delivered improved fuel consumption and lower CO2 emissions (to future Euro IV specification). Paradoxically, it also offered the most power of any LS to date at 277bhp and the fastest acceleration at 6.7 seconds to 62mph.

It wasn’t all the engine’s doing, however. Concealed within was one of the world’s most sophisticated management systems. It controlled the engine’s fuel injection and ignition timing to within a thousandth of a second, and even altered the behaviour of the five-speed automatic gearbox depending on the incline of the road. 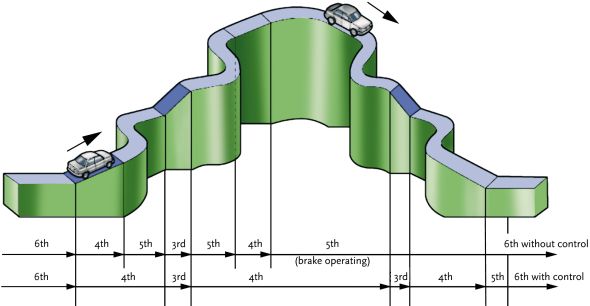 Precision down to one-thousandth of a unit was also applied to body construction. Lexus used a supercomputer to digitise the precise surface design of the new bodywork, working to a tolerance of just one-thousandth of a millimetre. This was ten times more precise than the typical measurements used by other car manufacturers. 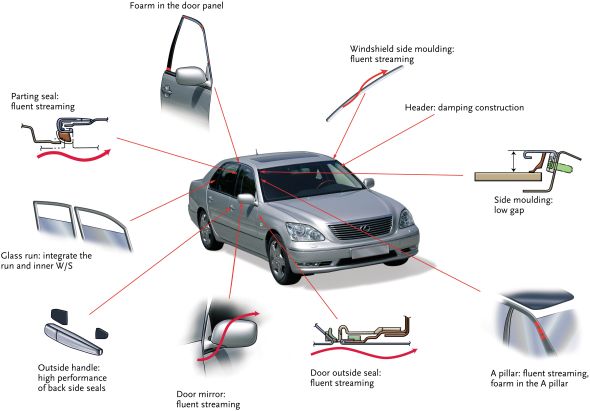 Tighter construction tolerances narrowed the panel gaps even further, which, along with flush glazing, made a significant contribution to a reduction in wind noise. Engineers had also honed the vehicle’s shape in the same high-tech wind tunnel used for the development of Japan’s famous Shinkansen, or Bullet Train. The quiet functioning of this tunnel allowed all noise-generating features to be reworked for silent operation, while careful manipulation of airflow under the car was vital in securing class-leading drag coefficient values. 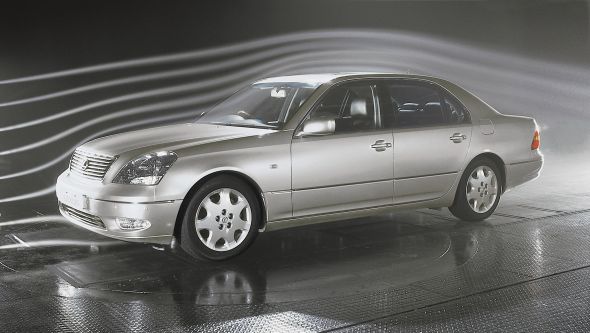 Models with self-leveling air suspension were the most aero-efficient, primarily because the ride height automatically lowered at high speeds, reducing the standard Cd 0.26 figure to Cd 0.25. The ride height could also be raised by up to 20mm to ease the car over uneven terrain or speed bumps, and the ride quality could be stiffened for more responsive, sporty handling. This switchable nature was a world-first inclusion for the LS.

However, the primary purpose of fitting this adjustable chassis setup was to deliver high levels of confidence, comfort and stability in all road conditions. Indeed, Lexus specially developed the tyres to further optimise chassis performance.

The comforting quality of air was also manipulated in the new interior of the LS, made more spacious by a 7.5cm extension of the wheelbase. The sophisticated climate control system improved the pollution sensor previously fitted to the LS 400, now being able to detect and protect those inside from diesel fumes. The system also featured intelligent vents that automatically moved airflow away from the driver and passenger once the interior temperature had stabilised.

What’s more, perforated leather seats with thermo-electric fans allowed the climate control system to warm and cool the parts that other air conditioning systems could not reach, while rear passengers were treated to seats with vibro-massage, heating and electric adjustment with memory functions. The rear seats even had an auto-return function that automatically moved them to the rearmost position to assist passengers in their exit. 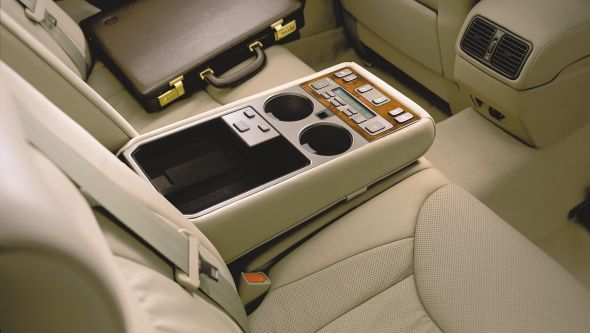 Interior fixtures and fittings were noticeably improved in the third-generation LS. Before beginning work on the stylish new interior, Lexus designers studied luxury and craftsmanship outside of the automotive sphere, from presidential suites in five-star hotels to luxury watch and guitar-makers. Because of this attention to detail, features such as standard premium leather trim, electronic soft-closing doors, a keyless entry system, courtesy lights in the doors and folding door mirrors, and a world-first low reflection windscreen were installed. 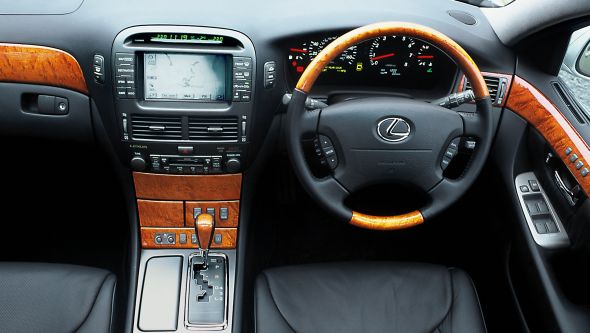 A new GPS satellite navigation system with seven-inch screen became standard equipment in the LS 430, its DVD storage now offering up to 13 times more data than the previous CD-based system. Voice instructions were amplified through a new 11-speaker Mark Levinson audio system, the first time that this exclusive audio equipment supplier had ever provided a system for a car. But that was only after the company had judged the cabin ambience of the LS as an appropriate sound stage for its products. 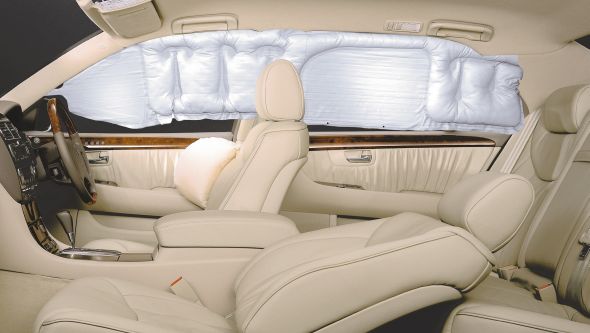 Safety was not forgotten in the third-generation LS, with traction control, ABS, front and rear curtain shield side airbags as well as the usual dual front airbags specified. Water repellent laminated glass improved visibility through the side windows while simultaneously reducing noise ingress. In fact, so improved was the new LS that it sat two insurance groups lower than the outgoing car.

Launched in the UK on 1 November 2003, the revised third-generation LS 430 introduced a number of new features. Externally, little had changed, other than a switch from 17 to 18-inch alloy wheels, the addition of a new grille, twin exhaust pipes, and the adoption of new lighting units – LED lenses out back and projector headlights that followed steering inputs.

Under the skin was a new six-speed automatic gearbox that used artificial intelligence programmes to learn the driver’s style and match its shifts accordingly. Its closer gear ratios covered a wider range than before, which showed in the sprint to 62mph that was now 0.4 seconds faster.

But of particular note was how the LS 430 broke new ground in its level of safety, thanks to new pre-collision technology and an impressive array of ten airbags within updated Supplementary Restraint System technology. These included the first driver and passenger double knee airbag seen in Europe, which deployed from the underside of the instrument panel at the same time as the front airbags to reduce injuries from contact with the steering column and lower dashboard structures.

Once again the Lexus LS had delivered specification and quality above that of its rivals. But behind the scenes, Lexus engineers were already a couple of years into the development of the fourth-generation model. 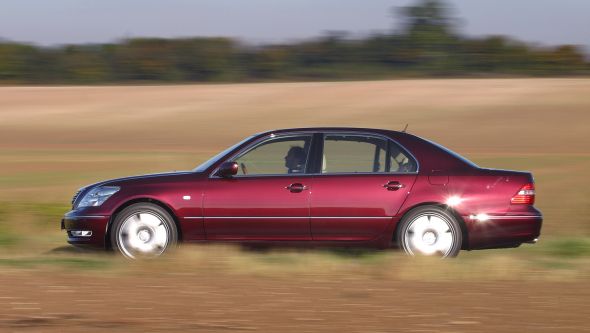