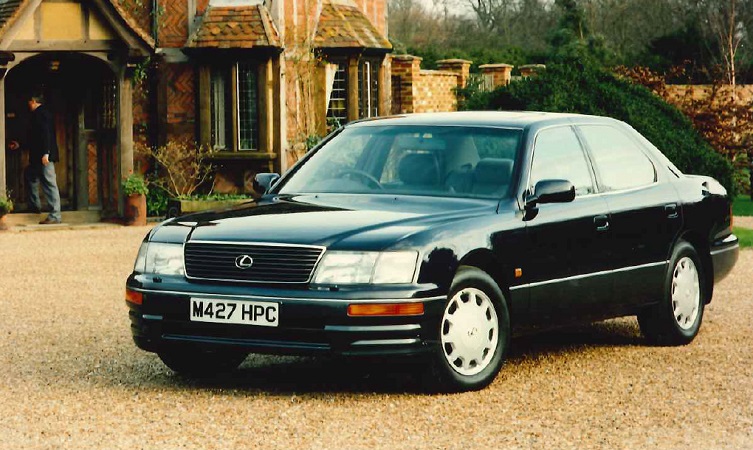 Having set an unprecedented standard with the original LS 400, Lexus had its work cut out to improve the model for the second generation. To exceed the high expectations of its customers, the new car had to be more powerful and efficient, cleaner and lighter than before, as well as more luxurious, rewarding and satisfying to drive. 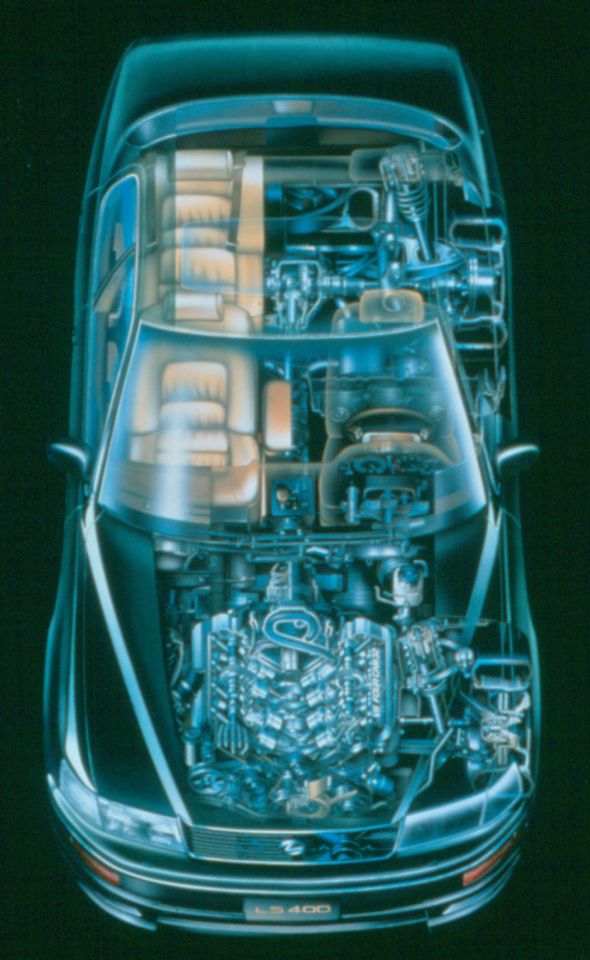 Design work began in the spring of 1991, almost two years after the launch of the first-generation LS. While there was a temptation to deliver something revolutionary, the desire to establish a tradition and strong visual identity for this flagship model led to an evolutionary approach to exterior design.

Interestingly, though it can be difficult to identify the difference between first-and second-generation models, more than 90% of components used throughout the new LS were either new or redesigned. 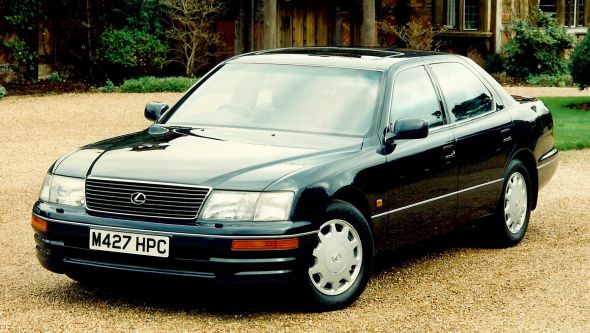 Buyers of the first-generation LS had commented that they valued its classic, graceful lines but would have appreciated more interior space. Lexus reacted sympathetically to this concensus. It produced an all-new body that retained the familiar proportions and design cues, albeit with more crisply defined character lines for improved presence and the grille being pushed forward for an aura of muscularity.

A vital element of the total redesign was a 35mm lengthening of the wheelbase, which, when combined with gentle interior repackaging, allowed 66mm more rear legroom than previously available. 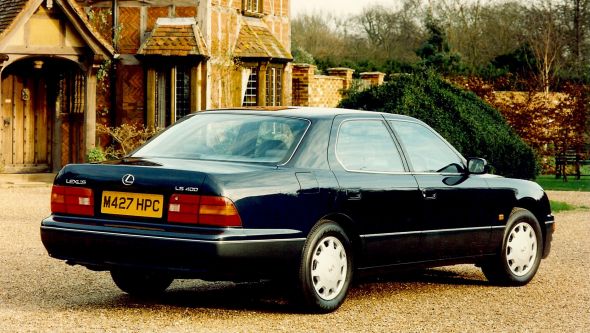 But the new design was more than simply an aesthetically pleasing overhaul; it also improved the LS’s already slippery aerodynamics. Extensive time spent refining the shape in wind tunnels led to a drag coefficient value of 0.28 – the lowest of any production vehicle in Lexus’s most important market. Chiseled lines allowed the corners of the car to be more clearly defined from the driver’s perspective, thereby assisting visibility during tight parking manoeuvers. 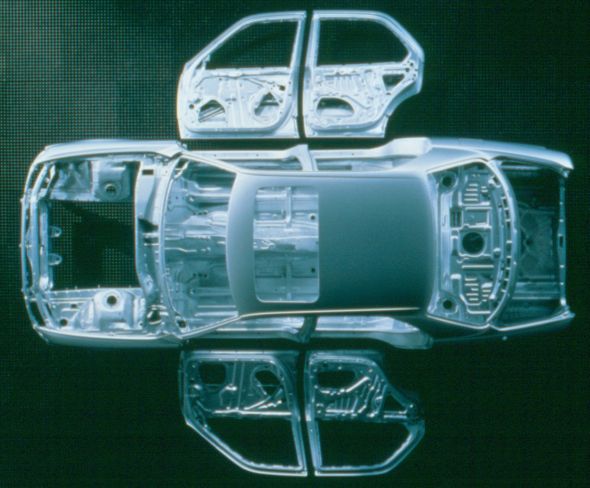 Focus was also placed on weight reduction and build precision. Laser welding was used more extensively to improve the latter. And while lightweight aluminium alloys were not used in the construction of the bodyshell, the consolidation of multiple smaller parts into larger, single panels, plus the use of high-tensile steel in 40% of the total bodyshell, shaved 94kg from the kerbweight.

For instance, the side of the car from the A-pillar backwards was now produced as one seamless member panel instead of coming in two sections . This was only possible because Lexus’s Tahara Plant had recently installed the world’s largest stamping press, which could accommodate panels up to 4.0 metres long. In so doing, the second-generation LS became the lightest car in its class. 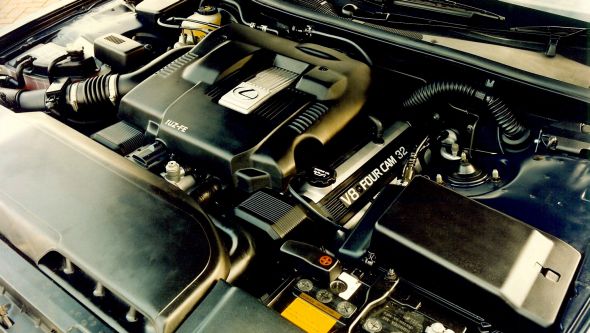 Widely acclaimed as one of the world’s finest engines, the 1UZ-FE 4.0-litre V8 was carried over into the second-generation car. But it benefited from extensive internal and ancillary improvements that reduced weight and friction and raised maximum power from 250 to 260bhp. Allied to the same four-speed automatic gearbox (modified with a more efficient torque converter, revised gearing and a gated shift lever), these measures endowed the new LS 400 with the highest power-to-weight ratio, the fastest acceleration and most efficient fuel consumption figures in its class.

But perhaps the single most important reason for the introduction of the second-generation LS was to improve the interior accommodation. 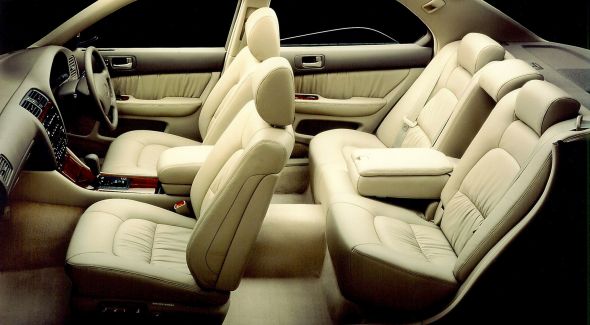 A new high-capacity air-conditioning system was installed that was 28% smaller. Thin film door damping shutters were used instead of bulky flaps to route air within the dual-zone climate control system, and interior storage was increased by 300%. Somehow, the passenger side dashboard was configured to contain an airbag, ECU, optional six-disc CD autochanger (a world first) and a glove box that was 169% larger than before. 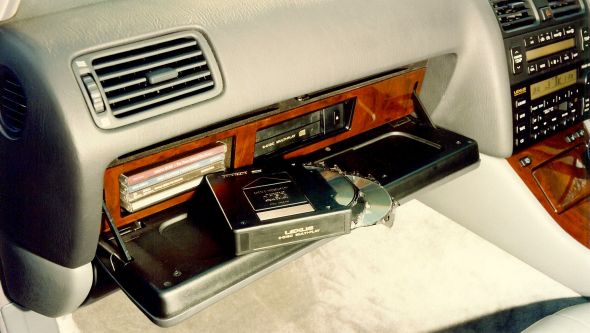 As many as ten hides were selected to trim the interior, with each panel individually chosen and stitched to best match the final shape of the seats. The seats themselves debuted a world-first suspension system comprising coil and torsion springs and anti-roll bars – much like the setup used on the chassis itself – to improve comfort and lateral support. 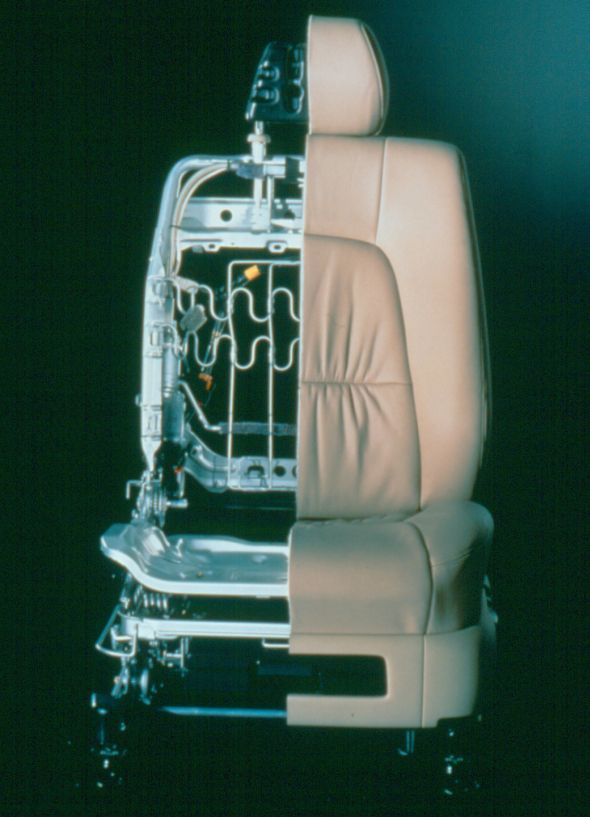 In fact, no item that could be touched, viewed or appreciated by other means escaped attention. The pulls inside the armrests of the doors were treated to an especially soft, tactile leather; and the hydraulically-damped cup holders, ashtray and coin holder flaps were designed to open at the same consistent rate. Most impressively, the car’s construction and the mounting of various components were modified so that the sound frequencies they produced while the car was moving didn’t interfere with sound frequencies produced by human speech.

Placing a greater priority on interior occupants had an effect on safety; such as in the door structures, which featured a barricade of protection to meet side impact standards that would not come into force for another two years. 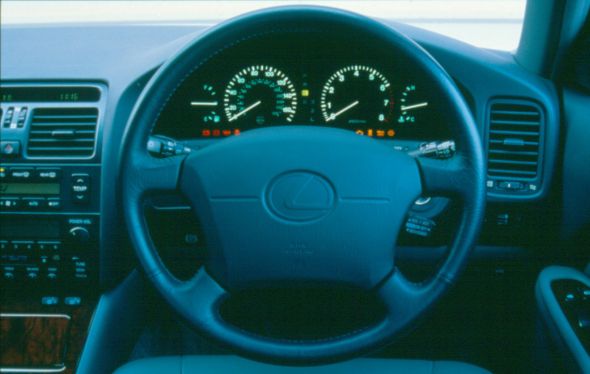 New LS was also the first production car to introduce a patented collapsible steering column that featured a corrugated shaft coupling that absorbed both primary and secondary impacts. Even the front seat belt anchors were recessed to avoid causing injury and the rear coat hooks designed to retract in the event of an accident.

Halfway through its production cycle, the second-generation LS was updated. In came the newly developed VVT-i intelligent variable valve timing system – the first of its kind ever applied to a V8 engine – and a new five-speed automatic gearbox. Combined with the application of electronic throttle control, gear shifts became noticeably smoother. 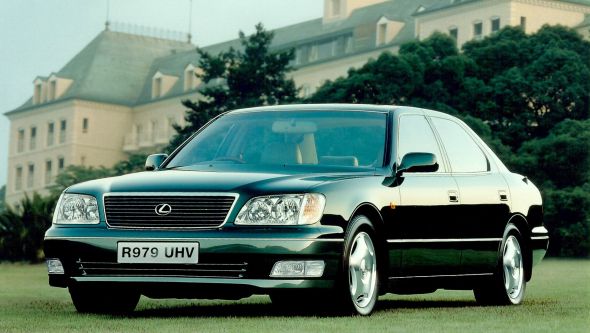 Sound deadening material was improved and windscreen thickness was increased, leading to a reduction in interior noise by a significant 2.5dB. The air-conditioning system now included a function that monitored both exterior and interior air quality, automatically switching to recirculated air if exterior pollution was sensed and opening the vents if cabin humidity exceeded a predetermined level.

Finally, the arsenal of supplementary restraints was completed with the introduction of side airbags in the front seats – the first of their kind within any Lexus or Toyota model.