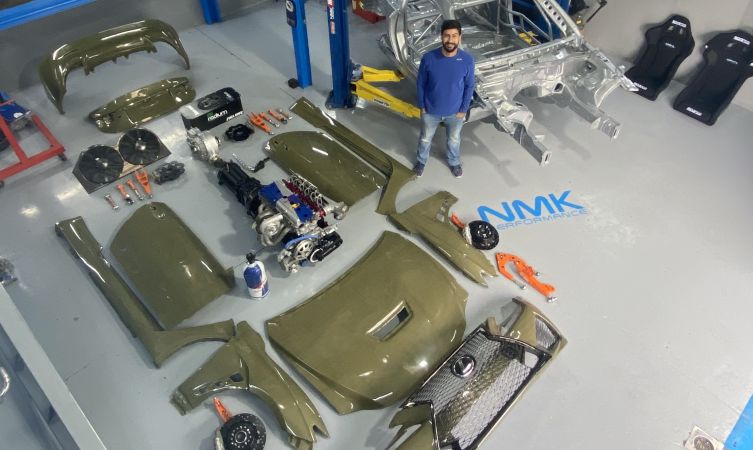 Last year, five-time Middle East drift champion and Guinness World Record holder Ahmad Daham built what was considered to be the world’s first and most powerful drift-prepared Lexus RC F. But for 2020, the Jordanian Red Bull athlete was commissioned to convert another RC F into a drift car; only this time one that carried even more superlatives.

Where do you begin with a commission like that? Ultimately, as Daham explains in the video below, it was through a combination of two factors: more power and less weight. However, it must be said that the luxury of a little more time than the 70-day gestation of the previous car was helpful too.

What the above video doesn’t reveal is some of the drama surrounding the development of this project. Work commenced in January, with an operational direction devised from Daham’s experience driving the previous, supercharged V8 RC F in the Oman International Drift Championship. 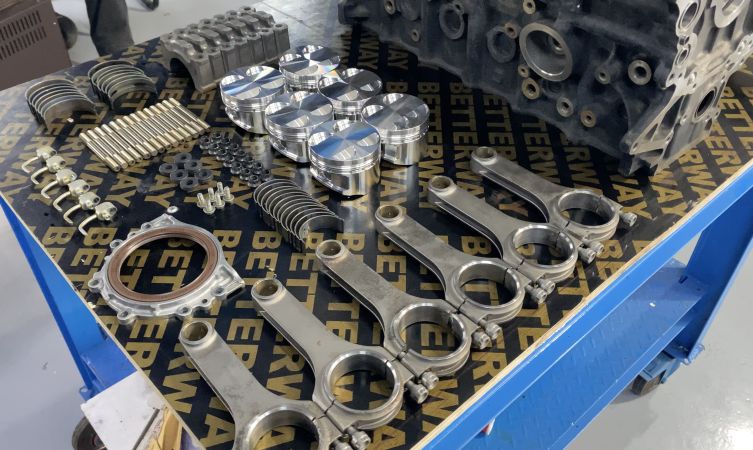 Few engines have the power capacity or resilience as the iconic 2JZ-GTE, which after a full rebuild with forged components now provides 1,200hp of motivation behind this drift RC F.

A build schedule was planned and the fabricators and mechanics were lined up and ready to start. But then the global COVID-19 pandemic hit and martial law was suddenly enforced in Jordan. Lockdown banned vehicles from using the roads and all ordered parts that had not yet been delivered became stuck in transit. The schedule was thrown into disarray. 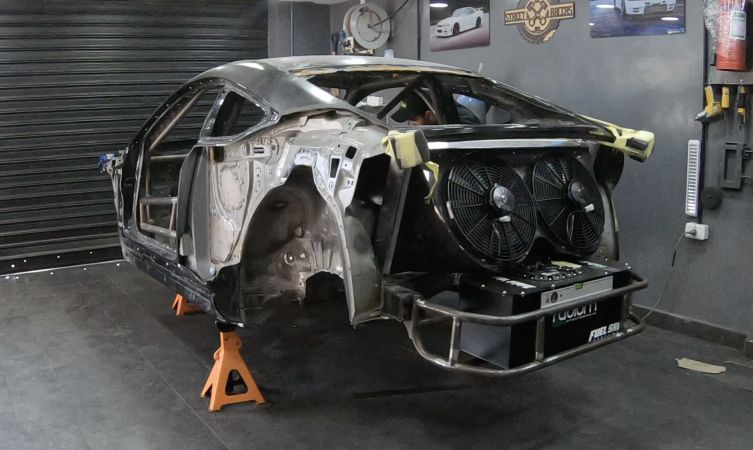 Note that the coolant radiator has been relocated to the rear. This not only shortens the intake routing for the forced induction but improves airflow as the RC F doesn’t spend much time driving in a straight line!

However, as soon as non-motorised travel was allowed, the team members cycled into the workshop to ensure the project maintained some momentum. For Daham, that meant an additional 90-minute exercise every day. But on the plus side, the situation also removed all previously scheduled drift fixtures that would have interrupted the work flow. This allowed the team more time to iron out some of the finer details and elevate the overall quality of the build. 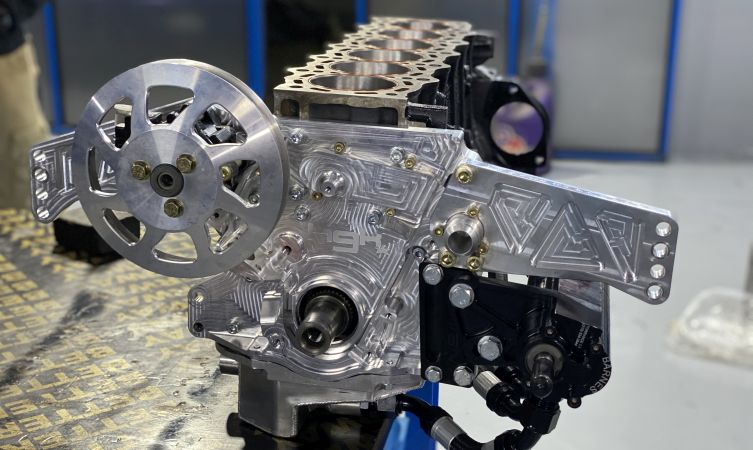 Regarding the key factors surrounding power and weight, both elements were initially addressed after a thorough analysis of the stripped and seam-welded bodyshell. A local specialist was commissioned to recreate the RC F’s exterior bodywork – including a wide-body conversion – in carbon Kevlar material. This switch from steel to super-light composite shaved more than 500kg on its own. 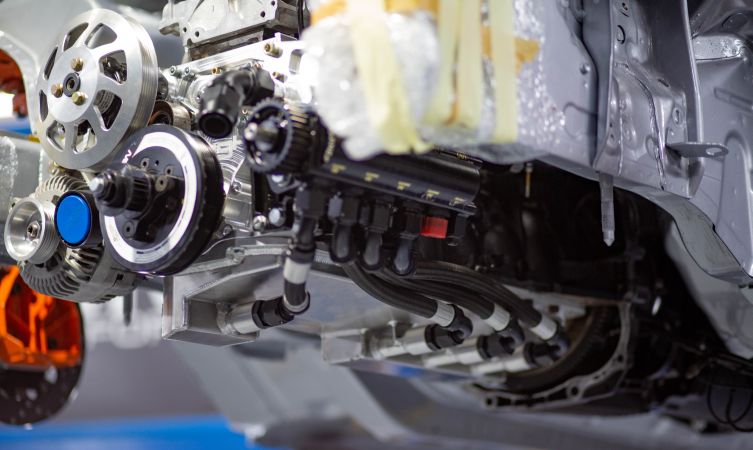 A dry sump system ensures an uninterrupted supply of engine lubrication. Without it, the oil could cavitate away from the traditional pick-up during high-speed drifts.

Meanwhile, the power part of the equation was provided by exchanging the RC F’s naturally aspirated V8 for a highly tuned version of the iconic Toyota/Lexus 2JZ-GTE straight six. Tuner support for this legendary motor is unrivalled, which meant the team was able to cherry-pick products from an immense catalogue of options, many of which have already proved themselves within the drift scene. 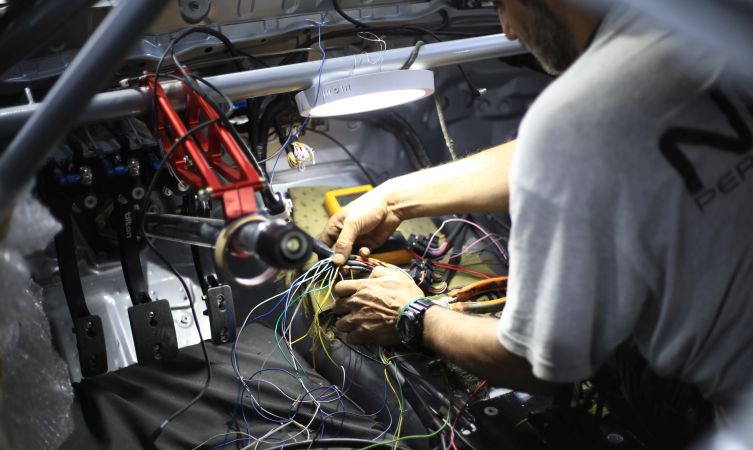 Although the RC F has been relieved of all luxuries and the instruments have been reduced to one compact digital dash unit, there was still plenty of wiring to get your head around.

Headlining the all-important forced induction system is a single Garrett GTX3584 turbocharger, claimed to be the only mid-frame turbo on the market capable of producing a four-figure power output. While that moderate size makes the turbo highly responsive, a 200-shot of nitrous oxide is used to wind it up like a hyperactive teenager. A triple-pump fuel system is then employed to feed the cylinders. 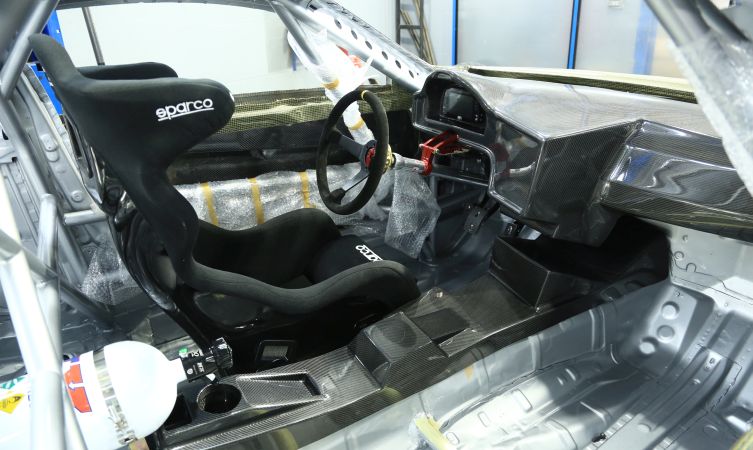 A custom carbon fibre dashboard continues the lightweight, composite theme that so effectively reduced the weight of the exterior body panels.

The engine’s prodigious 1,200hp output is delivered through a competition-spec twin-plate clutch into a straight-cut, four-speed Samsonas sequential gearbox. This torque, in turn, is distributed to the rear wheels through a Winters differential. Interestingly, this tough aftermarket unit is designed to be removed in just five minutes, which allows the team to quickly switch ratios to best suit the track or competition. 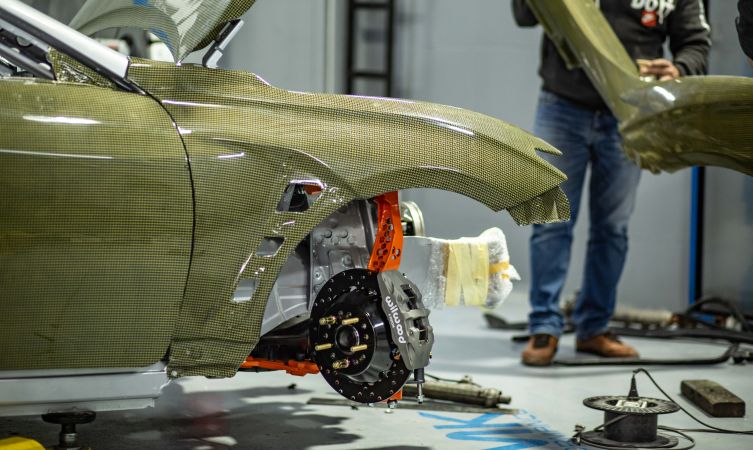 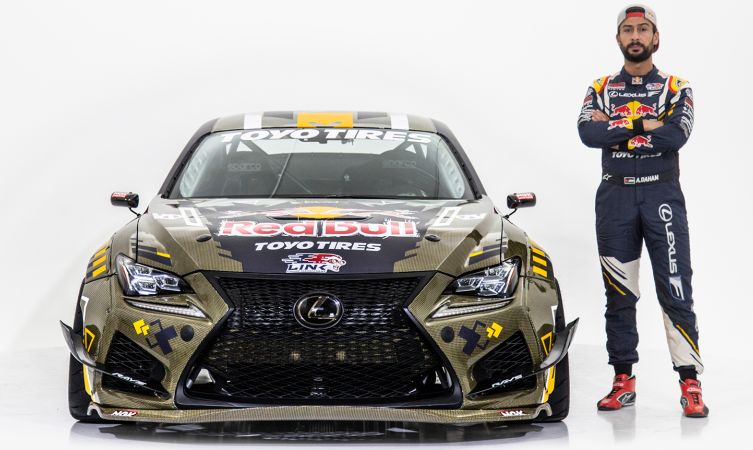 What a team! We look forward to following Daham’s exploits with his extraordinary Lexus RC F over the coming season. Watch this space.