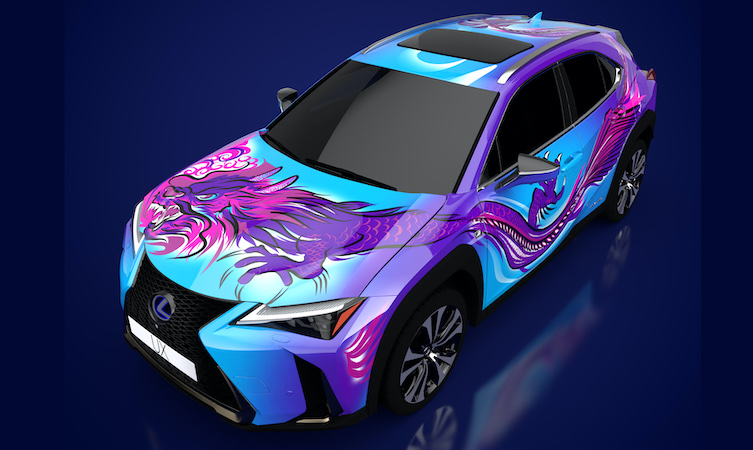 After entries for the Design Your own Tattooed Car contest had closed, we were faced with the tough task of whittling them down to just eight. The competition certainly seems to have captured the imagination, as we received creative designs from all over the UK, and we even received entries from as far away as Japan. 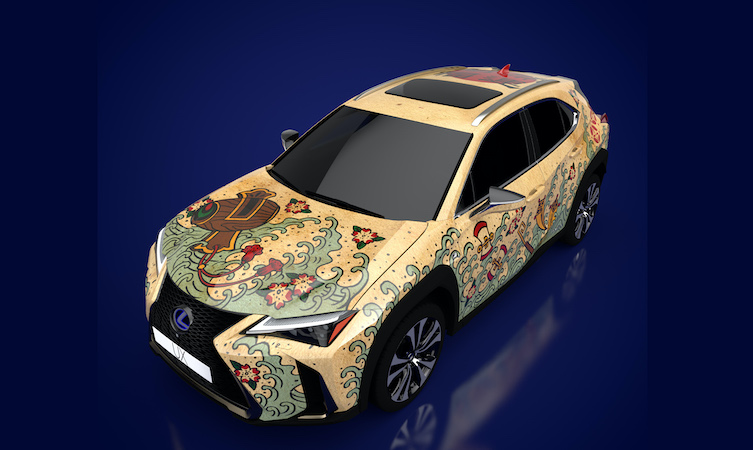 What impressed us most was the sheer variety of designs, which were inspired by everything from space travel to jellyfish. Now we’ve selected the final eight, it’s down to you to decide the winner in a world-cup style tournament with votes on Facebook and Instagram Stories.

Starting with the quarter-finals, the design with the most votes across both platforms will move through to the next round. Which is your favourite? You can take a look at them all below.

Design Your own Tattooed Car: the finalists

Iona got the idea of using jellyfish from a tattoo that she designed for herself. “I included lots of colour to make the design noticeable,” she said. “Jellyfish move through the water with such grace but some are also the most powerful and deadly creatures on earth.”

Trinity’s idea highlights the value of plants and nature in everyday life. It’s based around the lilies in her mother’s garden, which in May open in multiple colours: orange, pink and white. “I believe this year plants and flowers have helped people’s wellbeing more than ever. This piece shows my appreciation for them.”

Helen dreams of becoming a tattoo artist one day and only started using digital art this year. Her design features red roses, which are commonplace in tattooing, as well as butterflies and pearls. “I added the pearls to add some flow to the car’s body and give it a feeling of motion.”

Influenced by her garden, which had recently bloomed, Sharlotte decorated her UX with a floral design, a theme common in tattooing. The baby blue background is light at the front and gets darker towards the rear, while flowers used include carnations, roses and cherry blossom.

Alison decided to give Design Your own Tattooed Car a go as a way of keeping herself occupied during lockdown, and we’re glad she did. The centrepiece of her design is a dragon which wraps itself around the car. “I thought a dragon would look great on a Japanese car, showing strength and power,” said Alison.

Space meets the sea in tattoo apprentice John’s intricate design, which is inspired by the concept of discovery. “My design creates a story of exploration and discovery and shows what kind of extraordinary things humans can accomplish. While I was creating my design, two astronauts were launched into outer space.”

Karolainy’s entry was influenced by the Japanese style of tattooing and the way that bright colours are incorporated into Japanese designs and artworks. “The flower for me represents everyday growth and the battles we face. The vibrant colours encourage us to smile through and carry on with our futures,” she said. A very poignant sentiment in the context of what we’ve been living through recently.

Featuring a skull wearing a headdress, dream catchers and arrows, Kyra’s tattooed car takes its inspiration from Native American tribal symbols. The dream catcher is a protective talisman that is said to protect people from bad dreams. Arrows could be used to give off messages: when pointing to the left it meant warding off evil, to the right signified protection, while an arrow pointing down meant peace. The headdress symbolises bravery and strength.

Despite the fact that this doesn’t qualify as an official entry to Design Your own Tattooed car because it came from outside the UK, we felt this design was so good that we had to give it a mention. It did come from more than 5,000 miles away, after all. Japanese artist Yutaka’s wonderfully retro livery was inspired by old Japanese advertisements and matchboxes. The script on the roof and rear of the UX translates to good luck, happiness and good fortune.