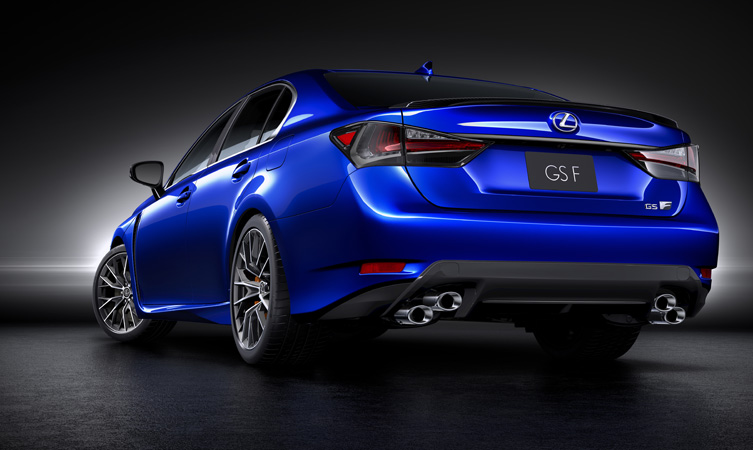 We’ve such an urge to refer to the brilliance of the forthcoming 5.0-litre, 467bhp V8-powered Lexus GS F by using a word beginning with F in front of the adjective ‘good’, but for reasons of taste we’ll exercise restraint.

Instead, we’ll just say that we think the GS F is pretty fantastic, and so, it seems, does the British motoring press. Here’s a round-up of the media’s reaction to the release of the first official pictures of the exciting new model yesterday. We’ll update this post as more stories break.

“The images show significant alterations to the styling of the GS F compared to the standard GS, with completely new LED headlamps and the enlarged and deepened front grille reminiscent of that on the RC F. A more aggressive bumper design and deeper side skirts are also evident, as are the bigger 19-inch wheels revealing upgraded brakes.

“The wider tyre profile will combine with Lexus’ Torque Vectoring Differential to help make the most of the extra power. The chassis and suspension will also be tweaked to cope but Lexus is keen to emphasise the GS F will be a more refined and slightly less track-focused model than the RC F.”

“There’s something pleasingly leftfield about fast Lexuses for a brand that’s built its reputation on refinement and hybrid excellence, Lexus enjoys throwing the occasional sporting curveball. Hence the LFA and its first go-faster model, the V8-powered ISF.”

…with the Lexus GS lineup 100% hybrid in Britain, the GS F would be a wonderful addition.”

“…it’s another fast Lexus to excite the enthusiast and surely that must be good news.”