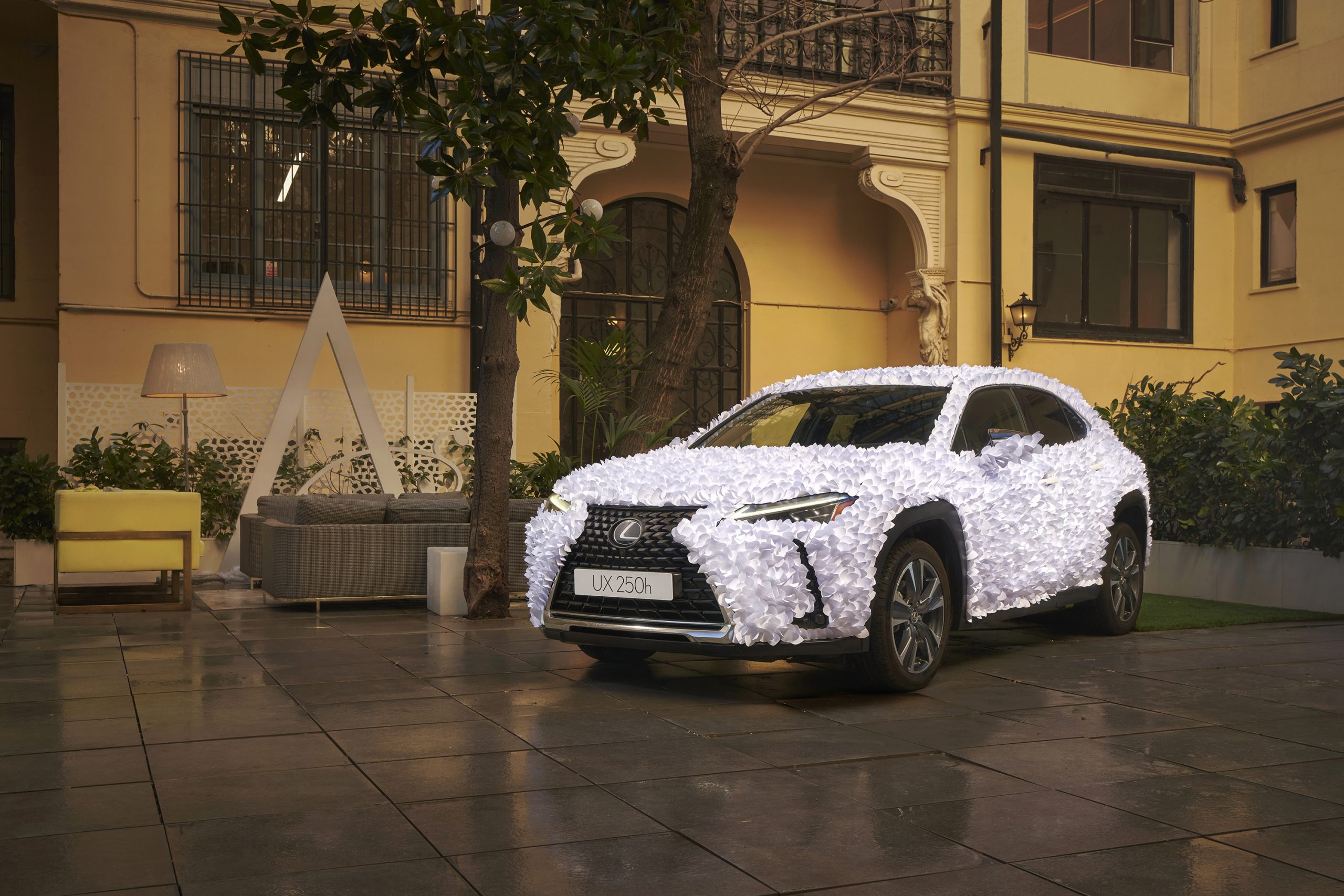 An interpretation of a classical Japanese meditation garden is the winner of the second Lexus UX Art Car design competition. Zen Garden, by Valencia’s Clap Studio, sees the entire bodywork of Lexus’ premium compact crossover covered in a pattern of thousands of paper petals.

The striking monochrome work won the popular vote among six artists’ submissions presented by Lexus Spain on its website.

The images of the car were created in the courtyard of Club Alma in Madrid and capture the exceptional detail in the piece. Clap Studio – artists Jordi Iranzo and Angela Montagud – completed their work within a month, inspired by the UX’s key qualities of technology, design, innovation and craftsmanship. 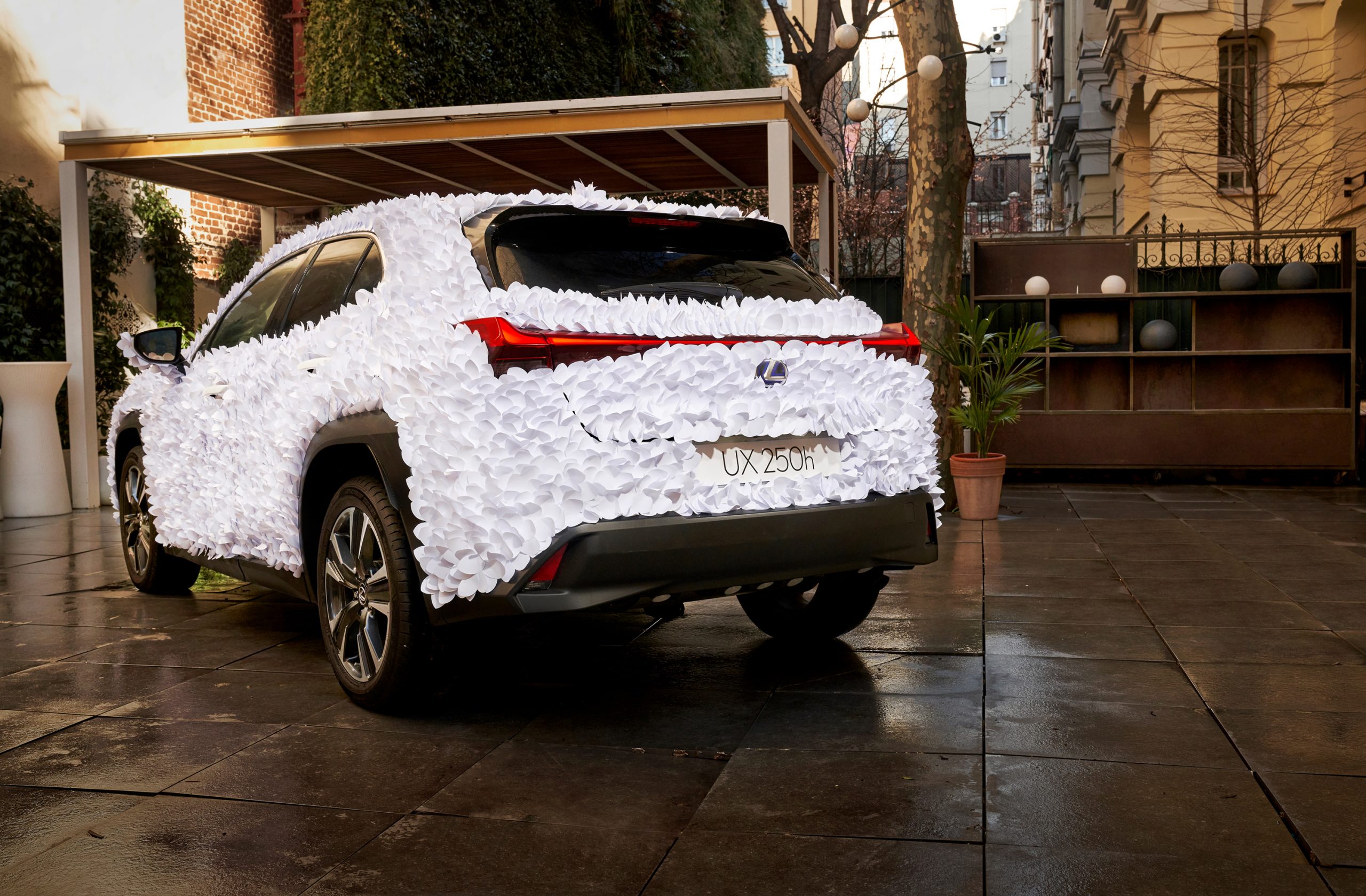 At a time when the need for the world to pause and contemplate is all the more valuable, Clap Studio sought to express a world where people and nature can coexist in perfect harmony. “Our concept is a Zen garden that represents a state of mind: calm, pure consciousness,” they explained. 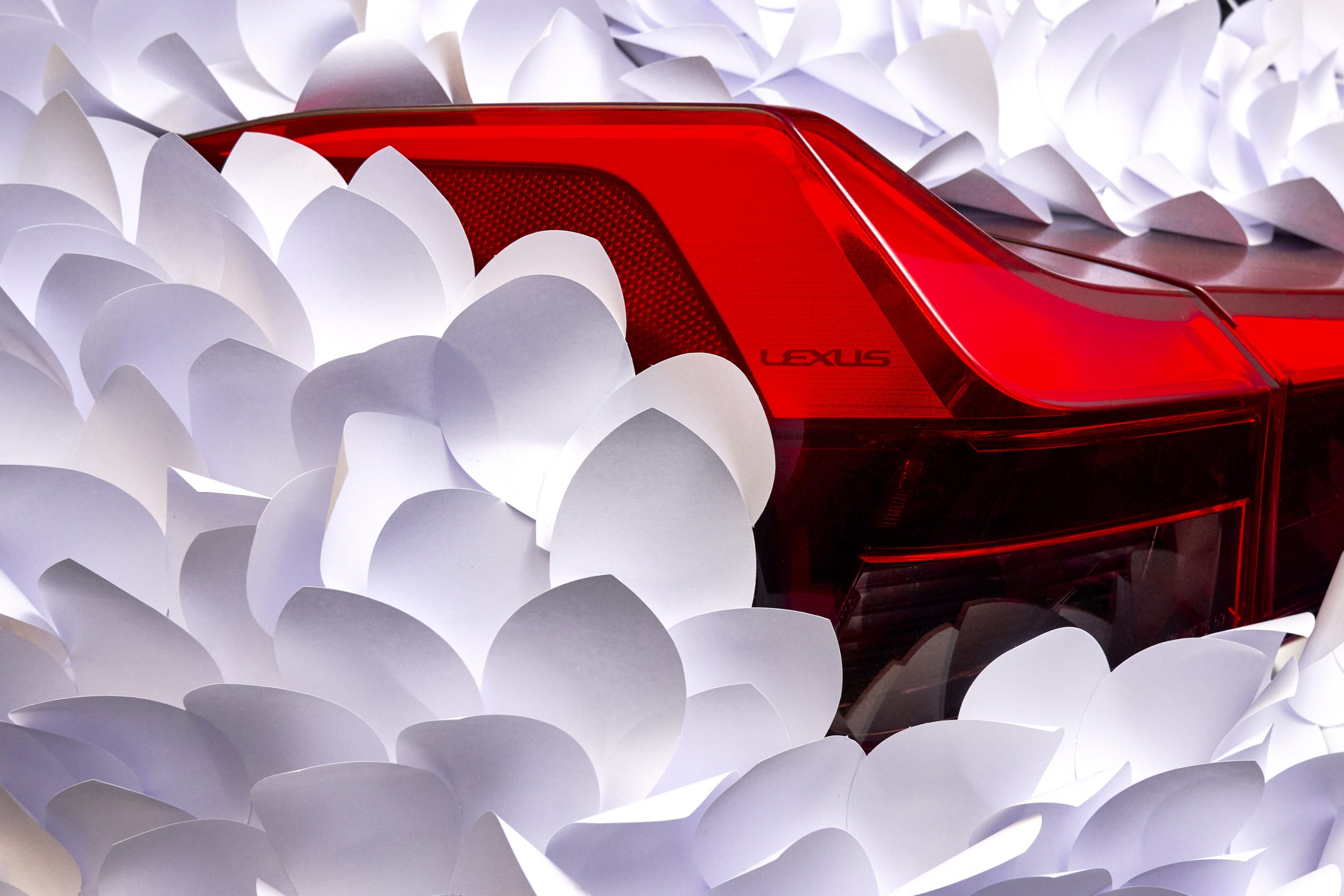 The traditional Japanese garden brings together the free and arbitrary character of nature, which will always find ways to grow, with precise and magical qualities perfected by the human hand: symmetry, technology and innovation. 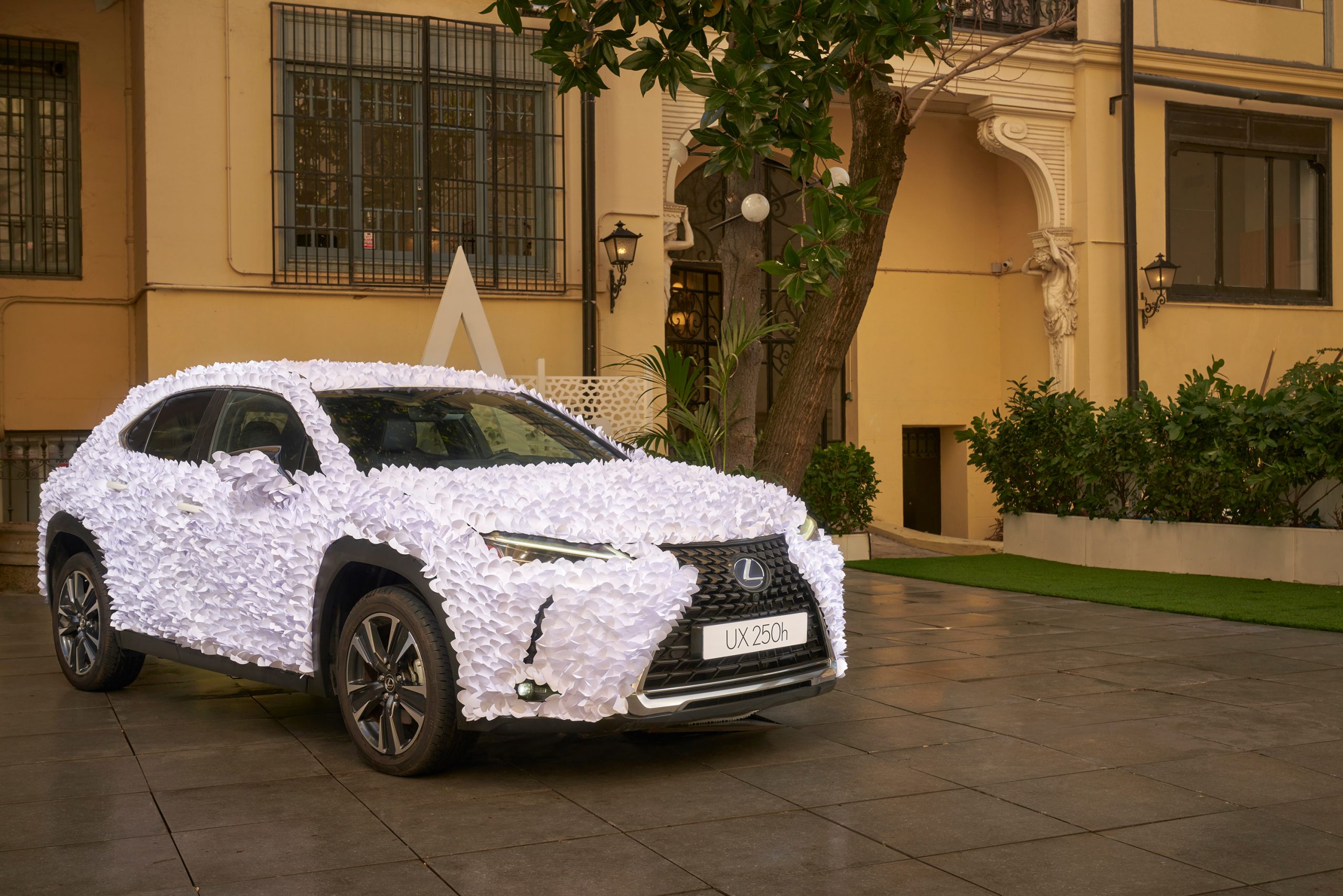 “In our Zen garden, Lexus represents perfect harmony, it is the union of nature, technology and innovation. A man’s creation of geometric lines and impeccable symmetry covered in plant life,” said Iranzo. 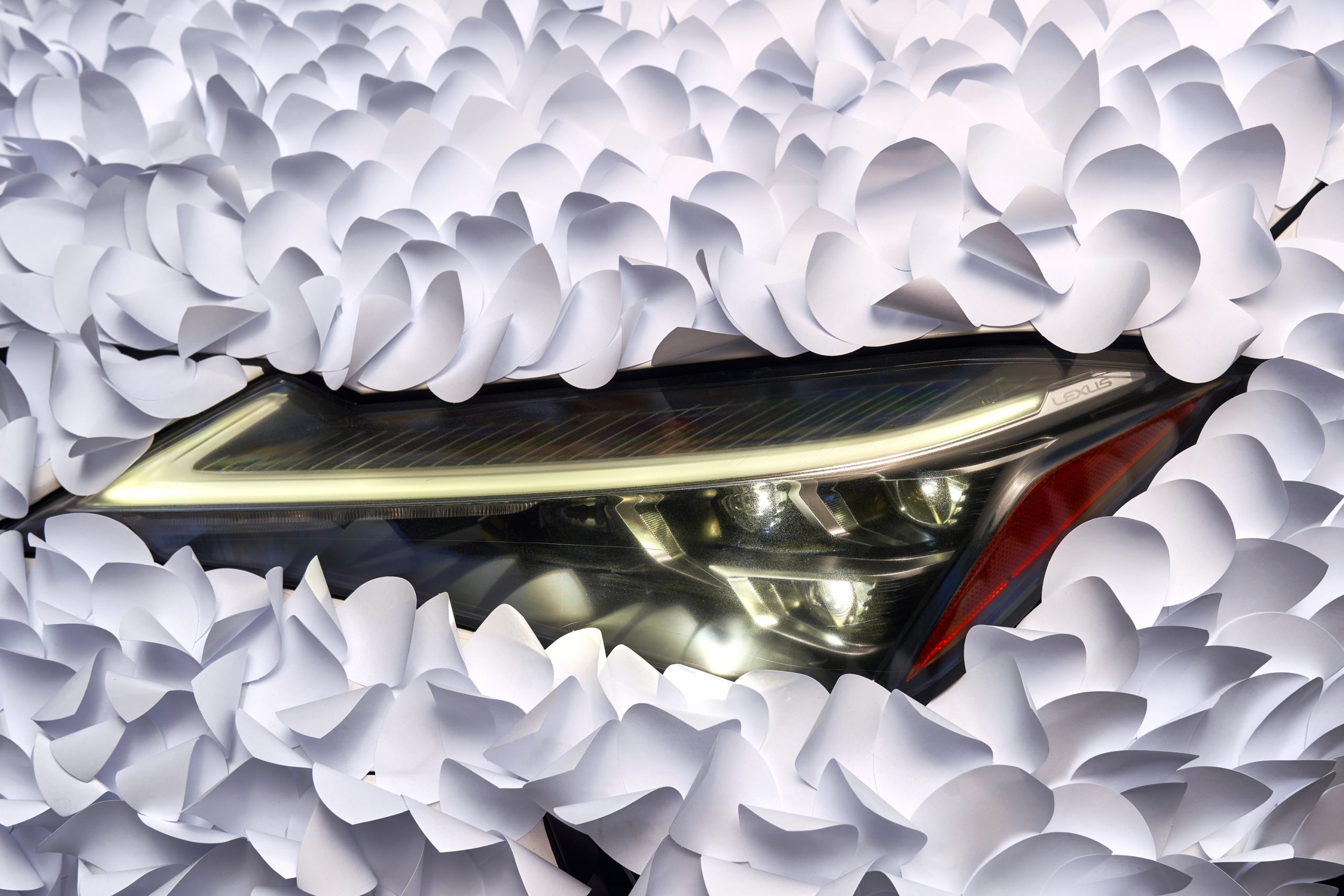 “We have used paper, a significant element in Japanese culture, covering the car’s exterior in a form of Lexus vegetation, giving it volume,” Montagud continued. “Light is another essential quality in Japanese art and design and here it transforms the Lexus UX into a living thing. Depending on the position, tone and intensity of the light, it generates changing textures and colours throughout the day.” 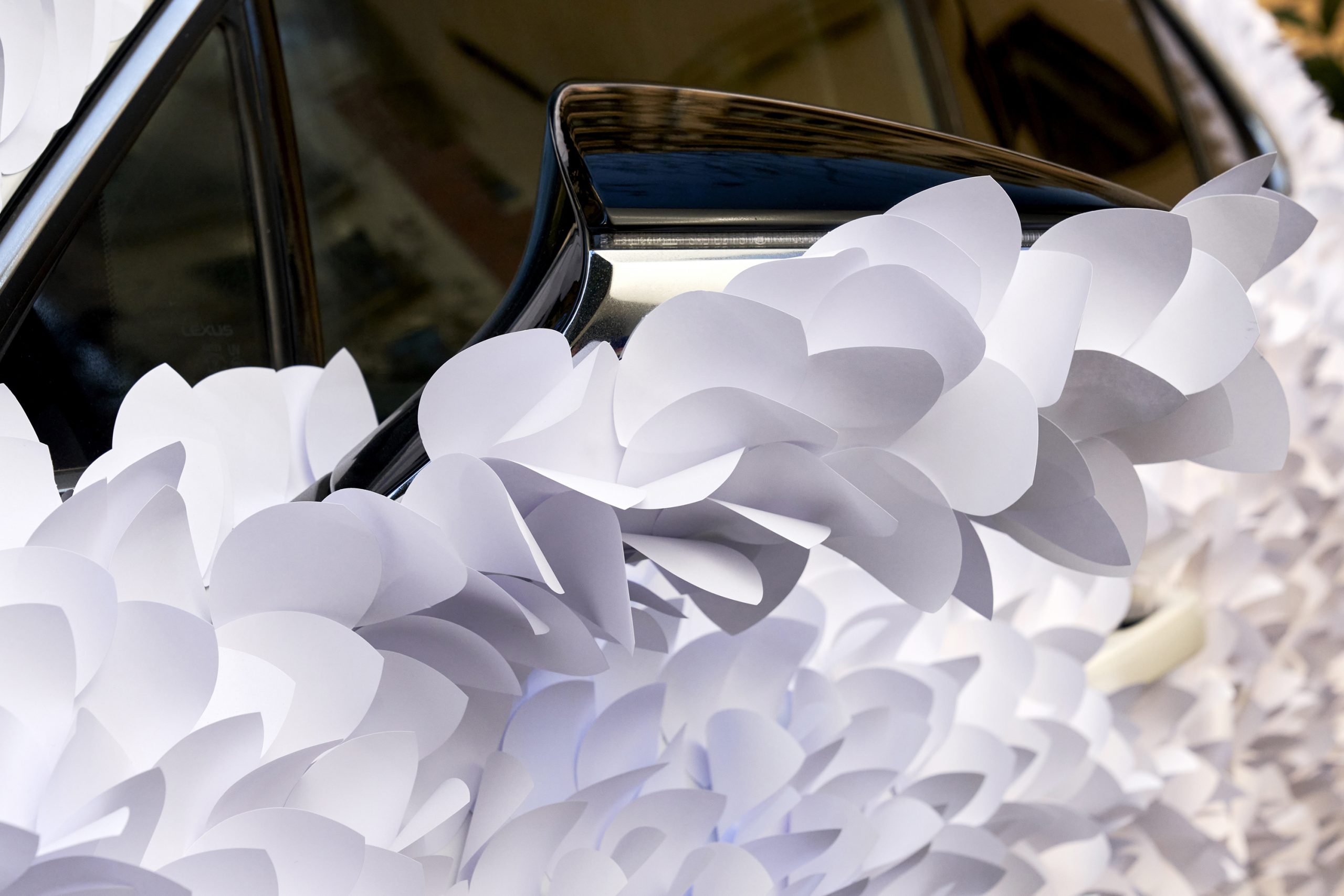 The competition also featured entries from artists based in Bilbao, Madrid, Seville, Murcia and Barcelona. All the submissions can be viewed online here.