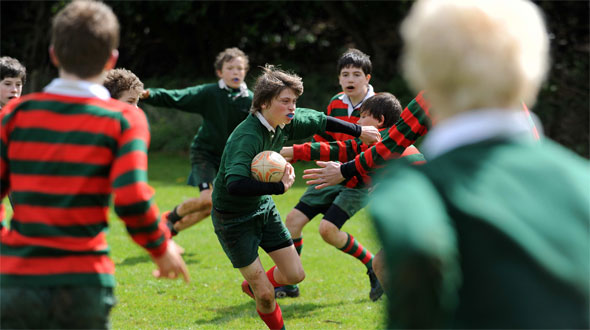 Lexus kicks off a second year of sponsorship of the National Schools Rugby Tournament this month, with the opening matches in one of the country’s top competitions for young players. This year’s contest will be biggest yet, with two additional regional rounds scheduled for the west and north of England.

“We’re delighted to be once again giving our support to the tournament, an event which does so much to encourage sporting skills and sportsmanship in young people,” said Richard Balshaw, Lexus Director.

The tournament has grown steadily since its launch in 1996 and this year will feature more than 150 teams from preparatory schools across England, with competitions for players aged from eight to 13 years.

The action begins at Bristol Grammar School on 18 November, the first of five regional rounds from which the winning teams will progress to the national finals at Epsom College on 3 March next year. As well as the new date in Bristol, the tournament will travel north to Woodhouse Grove School in Yorkshire on 25 November.

Each round will be supported by local Lexus Centres, with a Lexus Village providing hospitality and a base for the tournament organisation. New Lexus models will be on display and every child taking part will be given a personal photograph souvenir of the occasion.

For a second year there will also be a prize draw running throughout the competition for a school to win a training session with the former England rugby star Richard Hill.