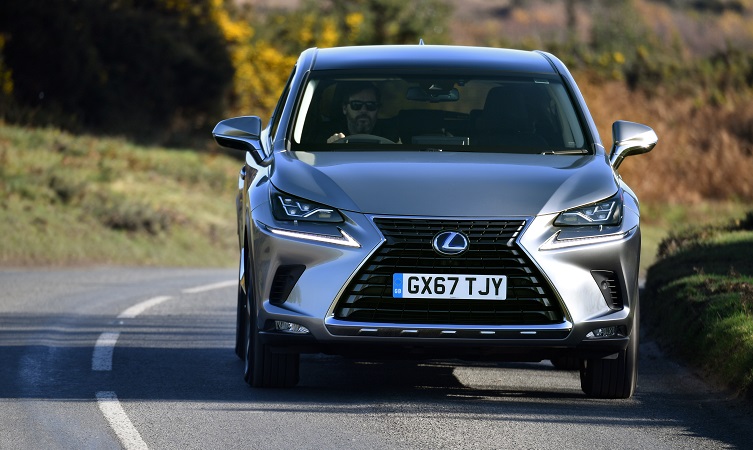 How does the 2018 Lexus NX compare to last year’s model? A closer look at the latest version will identify notable updates to the crossover’s design and specification. 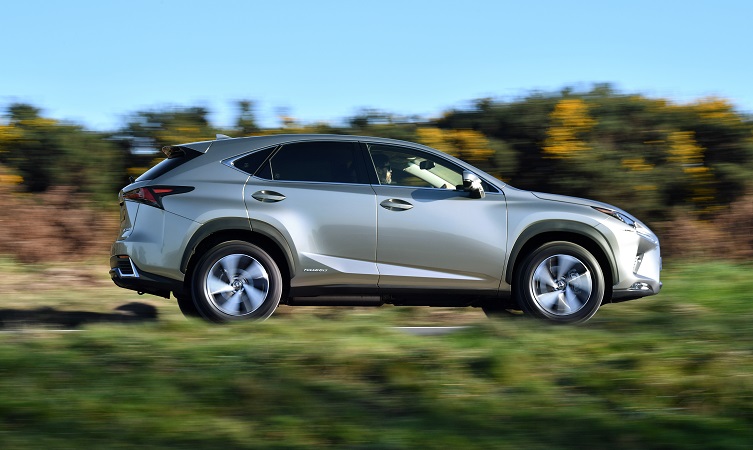 The purpose of the exterior refresh was to create a more powerful visual impression without sacrificing any of the model’s strengths and popular features.

Beginning at the front, the headlamps on SE and Luxury models now feature LEDs for both high and low beam for an improved spread of light, while F Sport and Premier models feature a new design that adopts the distinctive three-beam LED cluster of the Lexus LC. 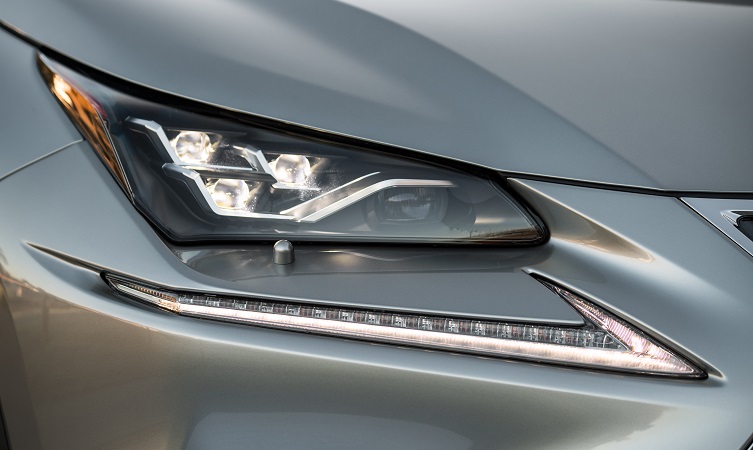 The side ducts are now separated from the lower bumper and the spindle grille has been subtly altered. Previously, the chrome framework tapered out in the lower half of the grille but now it is satin-plated and follows the entire spindle shape, even extending at the bottom of the bumper to form a stylised under-guard. The number of lateral bars has increased continuity from the curving bonnet line, while the spindle shape is enhanced with seven vertical bars that also converge toward the pinch-point. 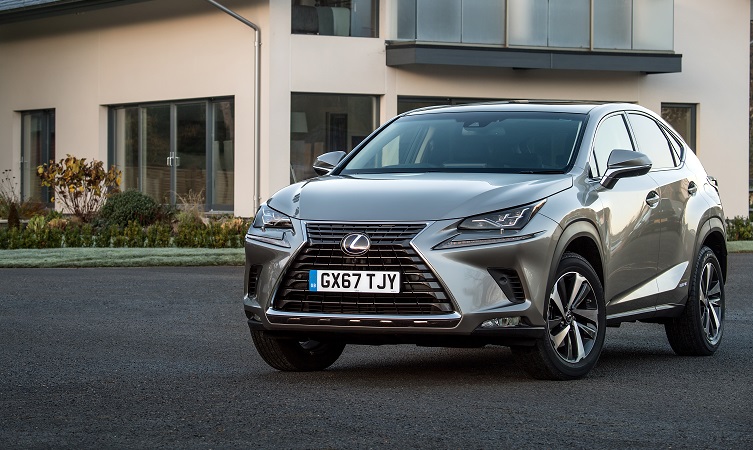 As always, the F Sport model has a more aggressive grille design. The jet black colouring is taken from the latest RC F and the new mesh design contracts at the spindle pinch-point to offer greater variation in form. At the bottom of the bumper is a bright silver ornamentation that extends the width of the car and gives the front a more assertive chin.

The rear surface treatment of the 2018 Lexus NX has been tightened to enhance the impression of width and solidity while subtly echoing the spindle motif. 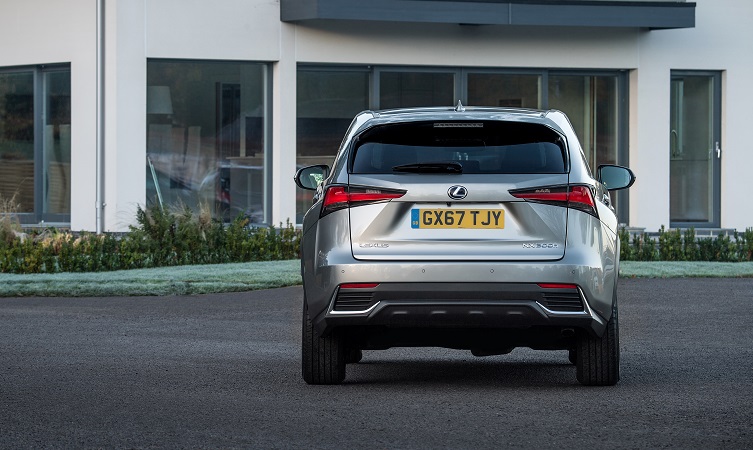 In that respect, the pinch point either side of the Lexus emblem has been narrowed with 70mm wider combination lamps, while its proportionally higher position compared to the front increases the length of the lower trapezoid shape as it angles towards the wheels. New satin-plated L-shape bezels either side of the lower bumper are positioned in the path of these angles to reinforce the impression of continuity and width.

Irrespective of model, 18-inch alloy wheels are fitted as standard. SE and Luxury models retain the same split five-spoke silver wheel design as before, while for the 2018 model year F Sport and Premier (see below) grades each feature unique designs with a two-tone graphite and machined alloy finish. 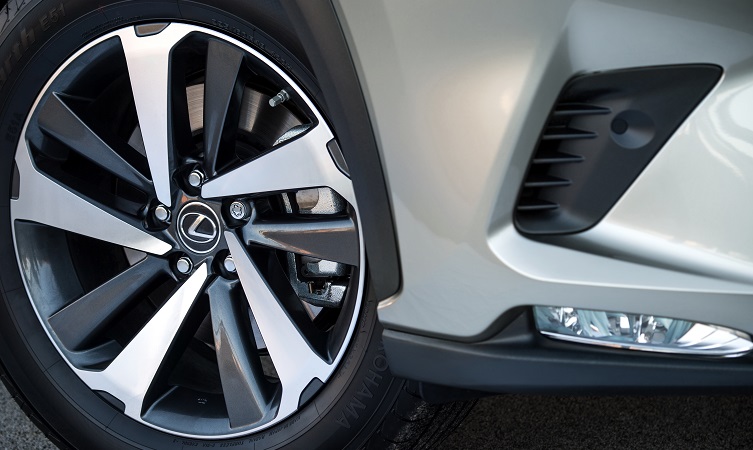 Leading the technological improvements in the 2018 Lexus NX is the enlarged and higher resolution 10.3-inch multimedia display, which is operated by a larger (65mm) Remote Touch Interface. The multimedia platform behind it is the same as that fitted to the LC, and all models are now equipped with Lexus Premium Navigation as standard. 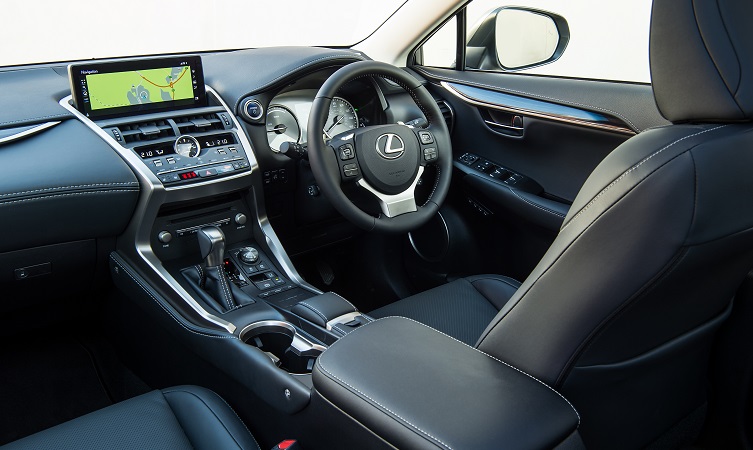 Sound quality has been improved by the use of high-resolution audio processing, which has a bitrate that allows the sound system to produce music quality similar to that recorded in the original studio – even from compressed files. A new DAB phase driver has also been adopted to expand the reception range of digital broadcasts, and a new link system is used to seamlessly switch between DAB transmitters for optimal signal strength.

The new widescreen display has allowed Lexus to widen the field of vision available from the reversing camera, now covering up to 180-degrees around the back of the car. This is further assisted by intelligent parking sensors that can activate the brakes to mitigate contact with static obstacles when manoeuvring at speeds less than 10mph. Similarly, all new NX models are now equipped with the full suite of Lexus Safety System + features. 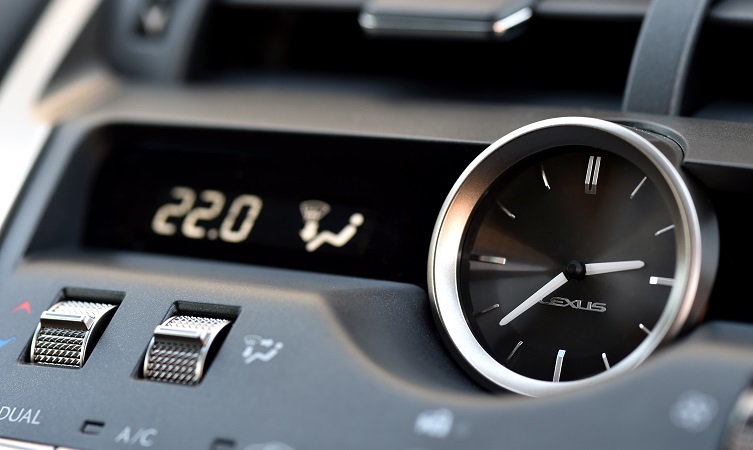 Within the central console, individual buttons for the air conditioning system have been consolidated into smart alloy toggles engraved with L-shape serrations, and the distinctive analogue clock has been enlarged and now responds to GPS signals to automatically correct the time. Meanwhile, the wireless charging tray in the lower console has been modified to accept larger smartphones.

Also enhanced are the ways in which the new NX responds to driver input. The torsional rigidity of the rear anti-roll bar has increased by 22% to enhance the car’s posture around corners, while its stiffer connecting bushes mean the car feels more instantly reactive. 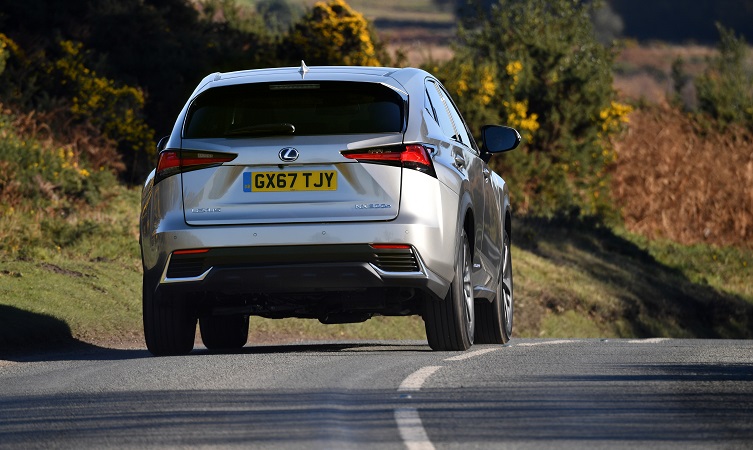 Retuning the shock absorber specifications for all models has effectively eliminated fine vibrations from the road surface. But in F Sport models equipped with the Premier Pack option the number of damping force control levels within the Adaptable Variable Suspension set-up has been increased from 30 to a continuously variable system that can select from 650 levels.

Driving response is further enhanced with revised shift patterns programmed into the continuously variable transmission. In Drive mode, the range of lock-up control within the torque converter has been widened to deliver a more linear relationship between vehicle speed and accelerator travel. Sport mode has been modified so that when the driver releases the accelerator, a lower gear ratio is selected for engine braking and to support vehicle posture during corner entry and provide drive force when exiting. 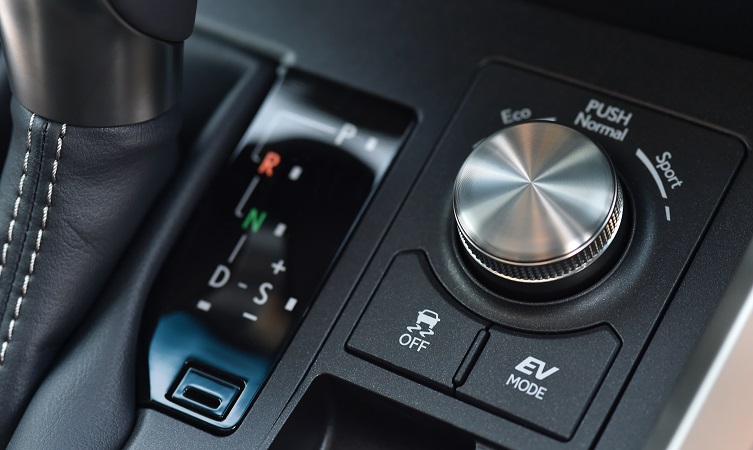 The UK grade structure for NX has been simplified and consolidated from seven to five separate models: SE, Luxury, F Sport, F Sport with Premier Pack, and Premier. Lexus believes this change gives customers a more straightforward, easy-to-understand hierarchy and improved specification levels across the range.