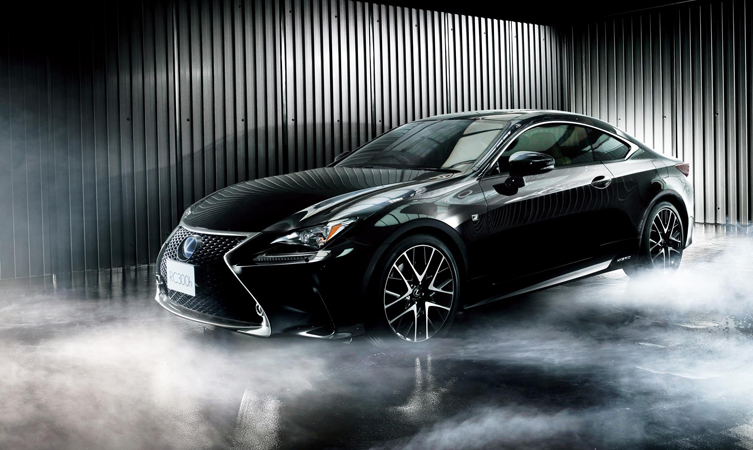 The film shows the forthcoming RC Coupé driving on track and on the road for the first time, allowing viewers to hear its deliciously throaty exhaust note.

Nighttime footage brings the intricacies of the Lexus RC’s headlamps to light. The super-bright full LEDs pierce the darkness; arranged in three ‘L’ shapes – inspired by the Lexus brand logo – they are stacked atop one another.

The red RC 350 in the film attacks the first corner of a track with aplomb, remaining flat, and thus hinting at the model’s excellent body control and stiff chassis.

The film wraps with a dramatic mountainside establishing shot of the car at sunset, before returning to the original studio setting. Here, low-angle shots show-off the model’s wide stance, twin tailpipes, and spectacular ‘Spindle’ front grille, which is a Lexus design staple.