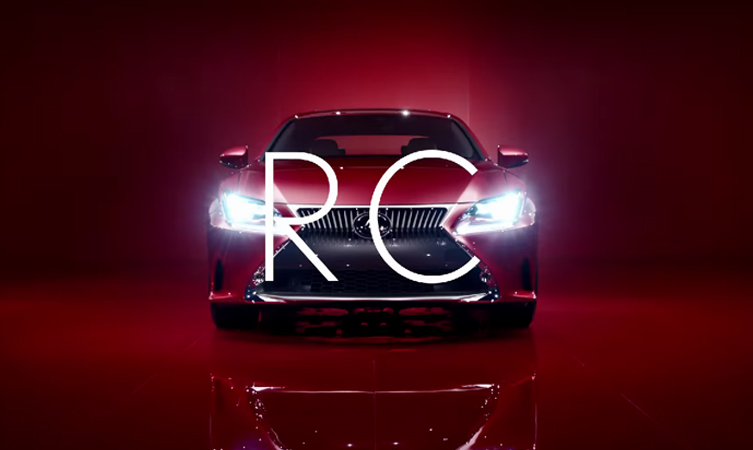 Every once in a while, a car comes along that makes you want it from the first moment you clap eyes on it. The Lexus RC is one of those cars, and now a foot-stomping short film produced for Lexus International, shows off its design highlights in stunning, make you go “Ooof” detail.

Following the striking opening – which sees the car approach head-on through a rain storm – the film proceeds to focalise key design elements that are integral to the appeal of the RC. For instance, flared wheelarches and large-diameter tyres lend the model a racy and squat look that is accentuated by a wide stance.

Moving to the front of the car, and the Lexus ‘L’ motif is the inspiration for the design of the headlights, with the bulbs arranged in three ‘L’ shapes, and stacked atop one another.

Inside, usual Lexus loveliness greets. The door cards feature concealed ambient lights, while the integrated foam structure of the seats ensure that occupants’ weight is evenly distributed for optimal body support. Technology is at the heart of the car too; there’s a remote touch interface controller for the multimedia system that vibrates when pressed, so that the driver can operate it and keep their eyes on the road.

So turn up your speakers to fully enjoy the film’s pounding dubstep soundtrack and sit back and prepare to experience a serious case of ‘want’.