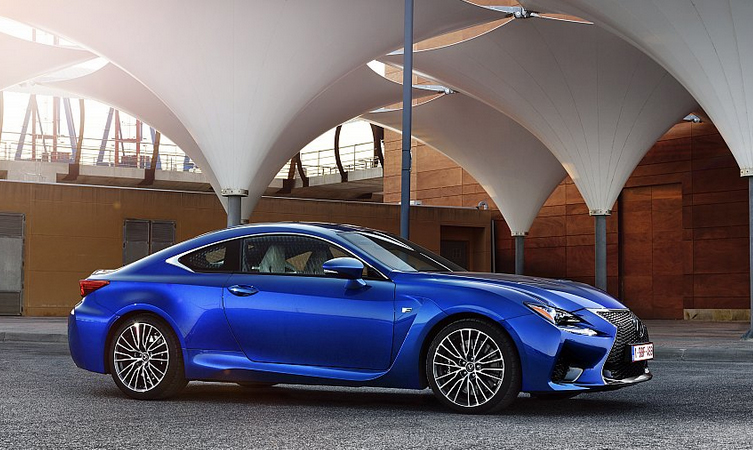 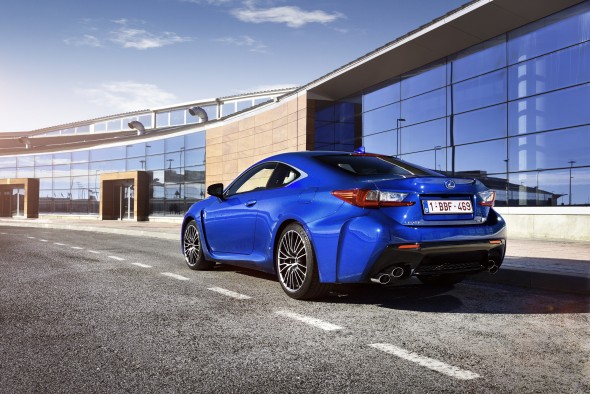 Here’s a round-up of what the British motoring press has said about the car, following its official launch in Malaga, Spain. We will update this post as more reviews are made live.

“…Lexus has gone all out to ensure that the RC F not only looks like a true hardcore piece of kit but also works like one. Those vents in the front wings really do feed air away from the 380mm front brakes, and there are some fairly aggressive settings for the front suspension and steering systems to make for a grippy and direct front end.

The powertrain has moments of wonderful savagery, the handling is direct and interactive, and the car is robust enough from a performance perspective to take as much circuit-based abuse as you’re likely to throw at it.

The really interesting thing that the RC F shows is how hard Lexus is prepared to work and how committed it’s willing to be in order to establish itself as a maker of truly credible performance machines.”

“…The pumped up wheelarches, gaping grille, extra vents behind the front wheels and quad exit exhausts leave you in no doubt of the Lexus’ performance potential. Further highlights include the large 19-inch forged alloys wheels that hide powerful Brembo brakes and an active rear spoiler, which raises automatically at 50mph to boost stability at speed.

Head down a twisting back road and the Lexus impresses with its poise and balance. Despite tipping the scales at a hefty 1,765kg, the RC F turns in well, grips hard and has good body control, plus the steering has a natural response and decent feedback, helping the RC F to feel more approachable than the occasionally edgy M4.

…The V8 emits a spine-tingling bellow.

(The RC F is) a very likeable and beautifully built high performance coupe. Its friendly handling and characterful engine make it fun to drive, even at lower speeds, while its classy cabin comes packed with standard kit. And with Lexus expecting to sell only 200 examples next year, exclusivity will be guaranteed.”

“You need to push the accelerator hard beyond 4,000 revs until the RC F comes alive with a guttural growl.

And it’s the sound that defines the experience. Although a dedicated speaker within the car enhances it by several decibels, for the most part it’s an authentic racecar soundtrack. This builds to a heady crescendo as you approach the 7,300rpm rev limit. It’s an addictive experience that’ll leave you craving your next growly fix.

That performance is matched by a fun chassis that reveals its depth on the circuit, with precise steering and plenty of grip.

The Lexus can take on the mantle of a refined GT car perfectly. Even on big 19-inch wheels and rubber band tyres, it rides with a plush edge and is superbly refined inside.

The interior is impeccably assembled, there’s a big boot, two small back seats and loads of kit on offer as standard…

The Lexus RC F is not just an alternative – it’s a car with character that excels on its own merit, making it seriously worth your consideration.”

“The steering is direct and means you can place the car accurately. Grip is strong and the engine encourages you to rev it within an inch of its life at every opportunity,

The interior is comfortable, with supportive two-piece bucket seats, and the cabin design is inspired by the LFA halo car.”

“Maybe it’s the breakthrough from low expectations, but the RC F is surprisingly easy to love. The flow from corner to corner is impressive in its delivery. The stratospheric top-end of that motor means you only ever desire the last 2,500rpm of the rev-counter. And the sequentially-driven gearbox, with its complete lack of block-shifting, works best with single shifts as close to the brick-wall rev-limiter as you dare to go. Keep it on the boil and the Lexus is one of the quickest coupes you could hope to pilot over a fast-paced A-road.”

Then there’s the indicator, which ticks with the woody “chock” of a grandfather clock. Meanwhile the seats, though ostensibly sports-style kidney-grippers, are also pieces of leather-draped luxury furniture, entirely cossetting. But then it has always been the function of a Lexus to be part-car, part-spa treatment, and the RC F is simply the brand’s patent blend of hardcore driving and soft-core pampering in its most extreme form.”