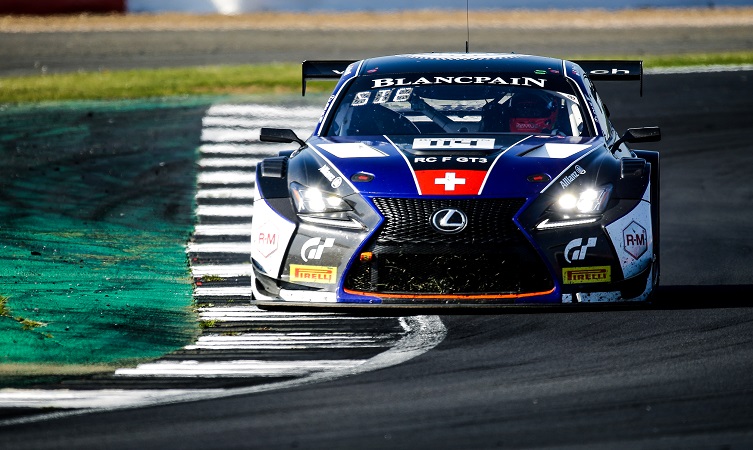 First, we look at how the Switzerland-based Emil Frey Racing team led its Lexus RC F GT3 to a strong podium finish at Silverstone in only its second Blancpain GT Series race in the UK. Then we travel to Japan to celebrate two further podiums in the country’s exciting Super GT championship. 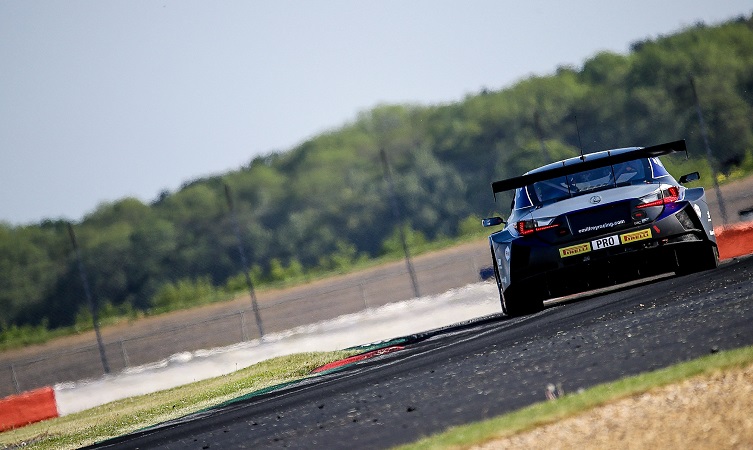 After the team’s promising first UK appearance at Brands Hatch, the Emil Frey Racing team presented another strong performance in the fourth round of the season and second Endurance Cup race at Silverstone. The #114 Lexus RC F GT3 took its first podium of the championship in a heart-racing final, while its #14 sister car completed the event with an outstanding ninth-place finish. 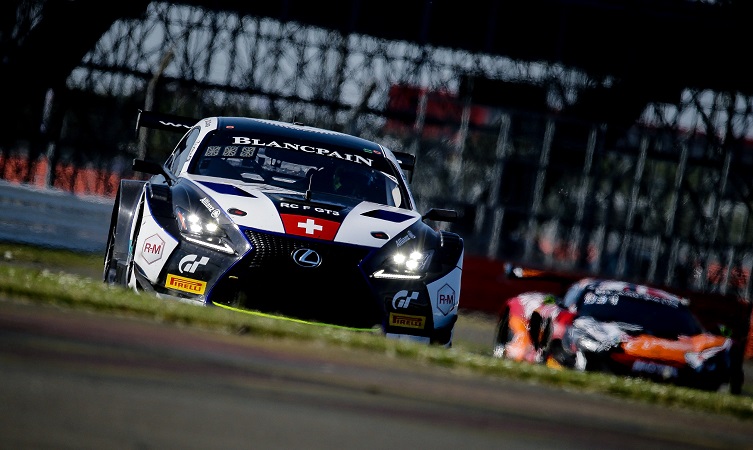 Different set-ups were evaluated during Free Practice, while in the qualifying sessions the two RC F GT3s were among the fastest vehicles on track. This led to a fantastic third and eighth position on a starting grid consisting of 50 snarling GT cars.

Both Christian Klien (#14) and Stéphane Ortelli (#114) lapped strongly in the first sector, applying pressure from fourth and sixth place respectively, with Ortelli setting the fastest lap of the race so far. But during the first pit stop a broken hammer drill delayed the #14 car getting back on track, team-mate Marco Seefried eventually resuming the race in seventh place. 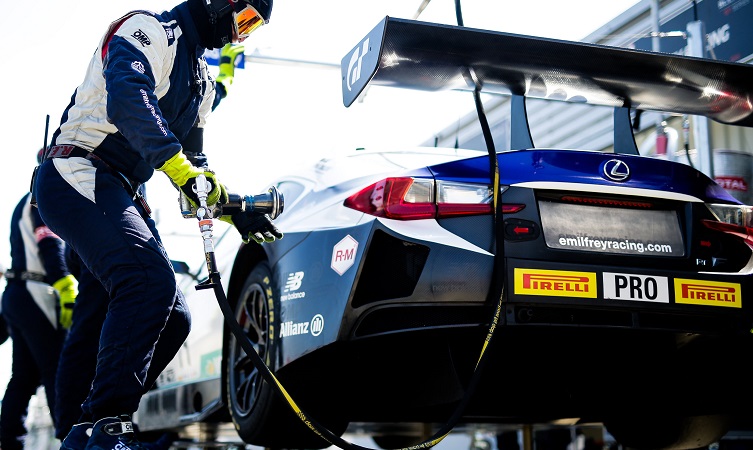 Meanwhile, Markus Palttala took second stint in the #114 car, returning in fifth but snatching back fourth after a lap-long battle with the #4 Mercedes. The Finn then continued his assault by taking third from the #62 Aston Martin and reeling in the #88 Mercedes. Both the Lexus and Mercedes pitted on lap 57, where Norbert Siedler took over the wheel of the RC F GT3 and emerged just three seconds behind the #88 car. 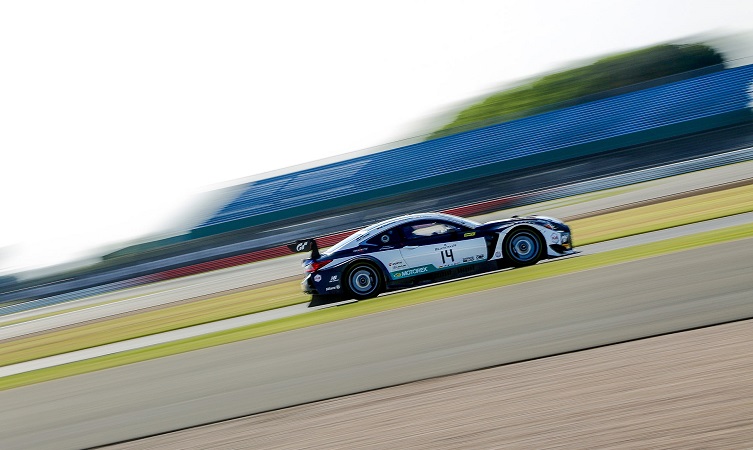 When Seefried handed over to Albert Costa Balboa the #14 Lexus was in fourth place, but during those precious seconds in the pits the Spaniard was dropped back into eighth position. And so began a heart-pounding third sector, with Balboa fighting off four competitors and Siedler holding his nerve in third despite the pressure from the #1 Audi. Fortunately, the Austrian kept his cool and took the team’s first podium with a gap of just half a second at the finishing line. 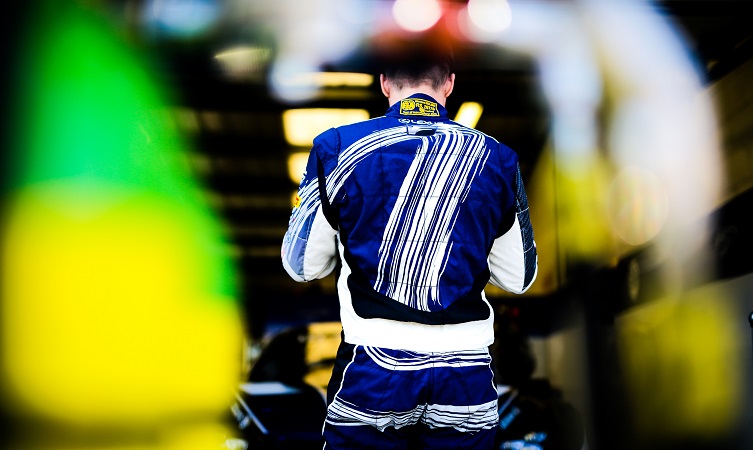 The next round of the 2018 Blancpain GT Series takes place at the Circuit Paul Ricard in France on 1-2 June.

GT500 class: The #1 Lexus LC 500 run by the KeePer TOM’S team finished third place in the 300km endurance race at Suzuka Circuit. This result from drivers Ryo Hirakawa and Nick Cassidy means that the LC 500 has already achieved three consecutive podiums in the 2018 championship. 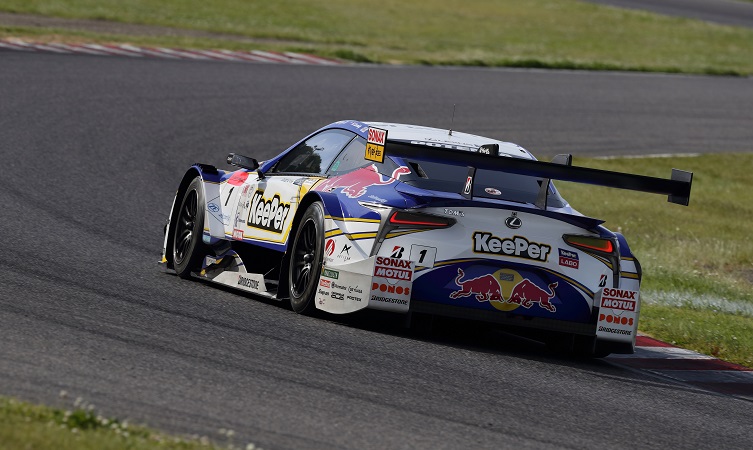 GT300 class: The #96 Lexus RC F GT3 run by K-tunes not only started in pole position but held on to its lead throughout the race, giving the newly formed team its first pole and first outright victory in the same event. This result has also given driver Morio Nitta the distinction of sharing the most GT300 wins – an impressive total of 19. 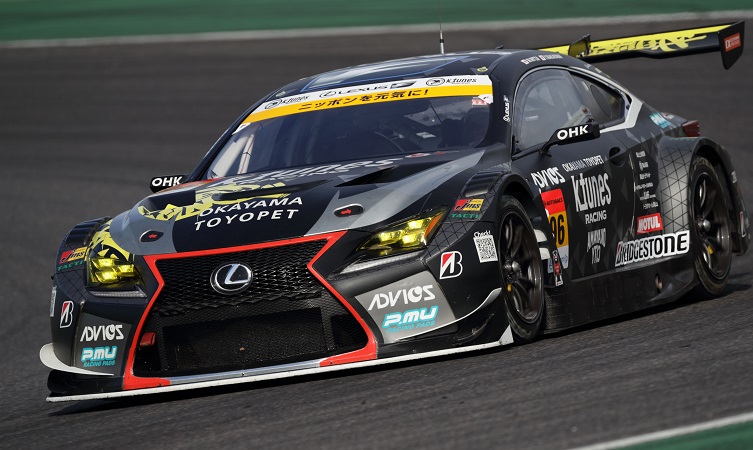 The next round of the 2018 Super GT championship takes place at Thailand’s Chang International Circuit from 30 June to 1 July.