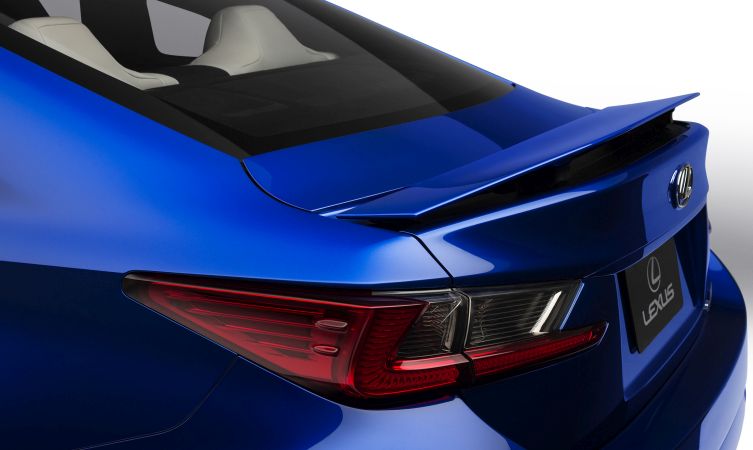 Many superlatives can be directed at the Lexus RC F, one of which is that it is the fastest Lexus on sale today. Several technologies have contributed to such performance but we would like to concentrate on one particular area that has benefited from over a decade of Lexus supercar research – the active rear spoiler.

The active rear spoiler is an aerodynamic device that raises automatically at speeds over 50mph to generate downforce – in other words, using air pressure to help press the vehicle toward the ground for enhanced grip and handling. This elegant device is directly related to the active rear wing found on the LFA, which Lexus designed during endless 200mph test-drives on Germany’s punishing Nürburgring race circuit. 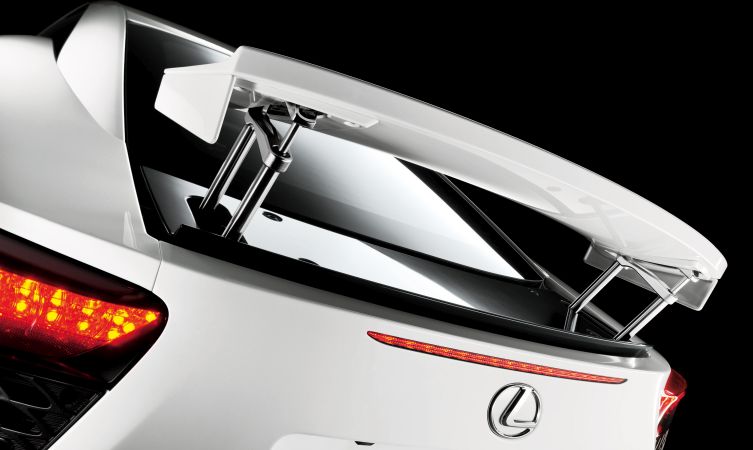 According to Paul Williamsen, national manager of strategic educational support for Lexus International, it is necessary to understand how this technology came about in order to fully understand the effort and dedication Lexus has invested in the design of this active spoiler.

During every heart-pounding minute spent flying around the Nürburgring, professional test-drivers helped shape the LFA’s final design by relying on feedback coming through their hands, seat and feet. In such highly engineered cars, this tactile communication delivers a subtle, almost sixth sense of what how the vehicle is reacting at any given moment and how much further it can be pushed. 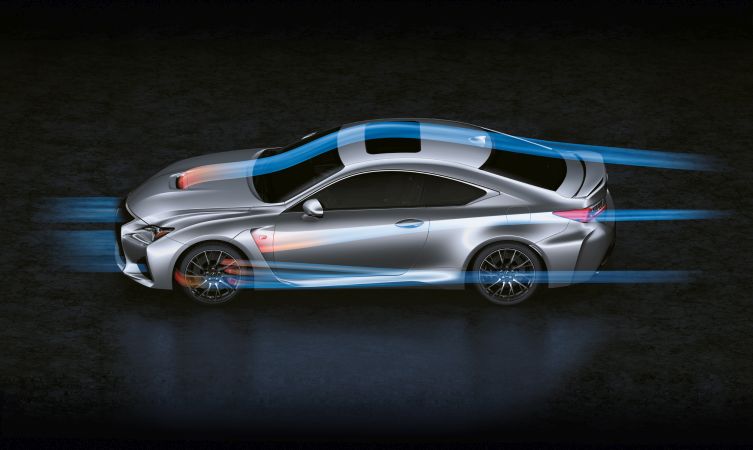 Working against the vehicle is aerodynamic lift, a phenomenon experienced by objects moving at high speed over the ground. This lift effect makes the vehicle rise on tip-toes, so to speak, reducing the downward force being exerted on the tyres and their physical grip on the track surface, as well as altering the weight of the steering.

“Drivers began to lose that tactile feeling of what the tyres were doing on the road surface,” explained Williamsen. “It compromised the accuracy of information coming through.”

As a result, the track drivers and engineers developed the type of rear spoiler found in the racing world, designing it to provide maximum downforce – and therefore superior handling – for LFA owners. The final production component was active, staying tucked away at low speeds when lift is negligible or non-existent, and then rising automatically as the car approached highway speeds. 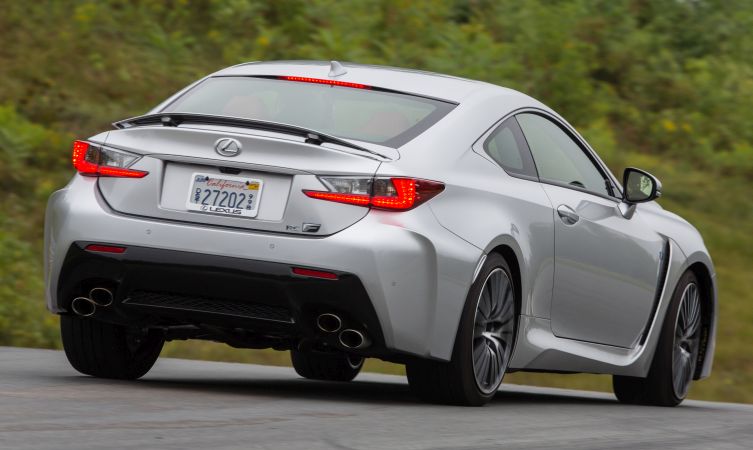 Fast-forwarding to the period when the dynamic performance of the Lexus RC F was being fine-tuned at Fuji Speedway, the same thinking was applied. Engineers and professional drivers took this supercar experience and designed a more subtle but no less effective version of this active rear spoiler.

Similar to the LFA, this wing engages automatically at 50mph but disengages at 25mph, the lower threshold being set to prevent the wing from repeatedly rising and lowering when the vehicle’s speed hovers around 50mph.

In situations when high double-figure speeds are maintained, such as on a motorway, RC F drivers can delay deploying the wing by selecting the Eco driving mode to reduce drag and therefore improve fuel economy. There is also an override function that allows the driver to raise or lower the spoiler when washing the car or to reduce glare reflecting off the wing while cruising along at sunset. 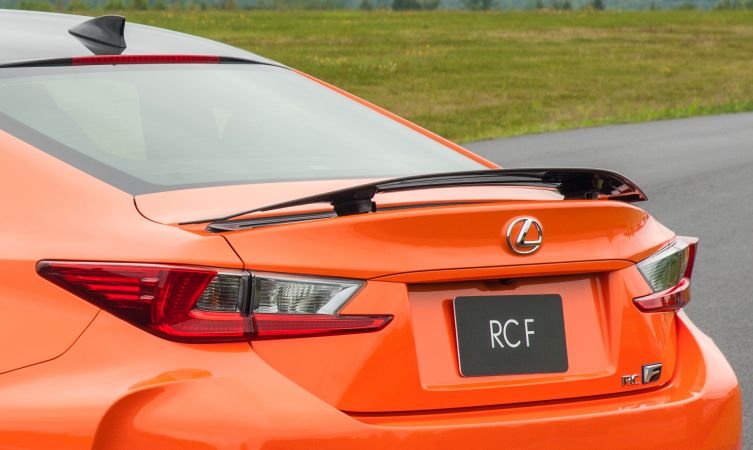 The active rear spoiler is fitted to all Lexus RC F models, although an enhanced version is installed on the higher specification RC F Carbon (see above). It employs a blade constructed from the same tough but lightweight carbon fibre as the LFA’s wing to reduce overall weight and enhance performance.

Looking to the future, Williamsen expects to see active rear spoiler technology appear on other Lexus performance models. “Our designers and aerodynamicists have learned a lot about the active wing working with the LFA over the past years,” he concluded. “So it makes sense for the technology to trickle down.” 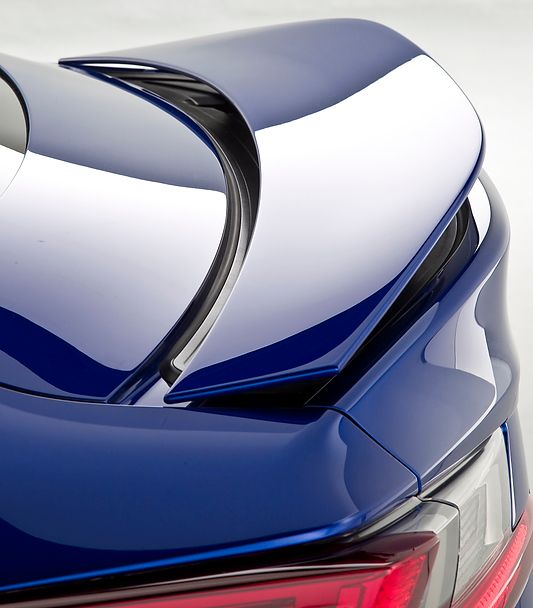