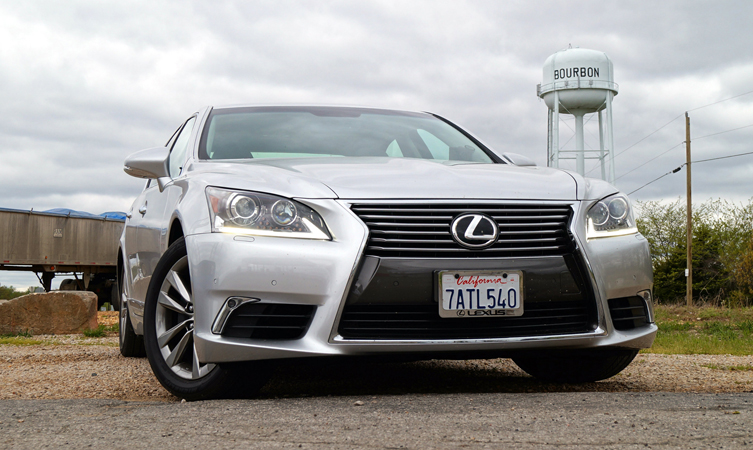 America’s Mother Road is more than just a road that gets you from A to B. It’s wrapped up in an mystique that says more about the ideology of the US than nearly anything else, and I’ve been experiencing it all from the drivers seat of a Lexus LS 460.

A quick stop at Dell Rhea’s Chicken Basket, in business on the outskirts of the city since the 1920s and continuing to thrive despite the Interstate bypassing the site, surprised. The owner, Patrick, took pity and gave me a private tour, before firing up the kitchen and serving up incredible fried chicken. For breakfast. Welcome to America.

From there it was the rolling plains of Illinois, stopping off at places as diverse as Abraham Lincoln’s tomb, the Beer Nuts factory (there’s no beer in them!), and the oldest maple syrup producers in the country.

Crossing the Mississippi in to Missouri, Route 66 mostly disappears. The interstate overlays the old road, so it was time to stretch the 4.6 litre V8 under the hood of the LS and make my way across the increasingly green and lush countryside before arriving in Joplin.

Devastated by a tornado just three years ago, Joplin has rebuilt and, apart from the odd empty space along residential streets where people have moved away, you’d never know that the town was nearly erased from the maps.

Unfortunately, the weather had closed in at this point and tornadoes were forecast. The Lexus was parked up and I retreated to a hotel room. After a fortunately uneventful night, it was west to Kansas and Baxter Springs. This area didn’t fare so well, taking a direct hit that destroyed around a quarter of the small town.

I stopped to help as much as I could, feeling helpless when trying to assist people picking up what few belongings they had left out of the rubble of what was once their home. Route 66 might be an incredible experience, but the futility of driving it simply for fun when others on the route are fighting for their lives (and sometimes losing) struck home hard.

It was an environment that was both emotionally trying but also positively uplifting – despite the loss of everything, spirits were high, the fight back had already begun…

Happier thoughts were abound as I turned towards Tulsa, aiming for their Golden Driller. Standing proud above the expo centre, the 76-foot tall statue celebrates the oil industry of the region.

Thanks to the 85-litre fuel tank in the LS and fuel economy hovering just a tiny bit below 30mpg (and well above the official economy figures), visits to gas stations were few and far between. Sorry, Tulsa.

The vast plains of Oklahoma started giving way to the sandy desert landscape of Texas, but still there was plenty to see. Clinton is home to a Route 66 museum that is worth a visit for anybody making the same journey. It doesn’t wallow in the rose-tinted past but instead brings the road alive in a modern setting, embracing the resurgence of interest in one of the country’s icons.

Less iconic is McLean’s barbed wire museum. Set up by barbed wire enthusiasts and collectors, the surprisingly large building plays host to just a handful of visitors a day. The day summed up just what makes America so unique, that the bizarre can exist in such a remote location and yet still be considered normal.

Everything is big in Texas, so we’re told, and the overnight stop in Amarillo proved that. The Big Texan Steak Ranch offered a 72oz steak on the menu, along with enough side dishes to keep an average person fed for a week or two. Tempting as it was, I’d put on enough weight already.

The car park backed up the ‘big’ point, with pickup trucks lining up in every direction. Despite being 5.09m long, the LS was dwarfed by the locals, including the Toyota Tundra – a model we don’t see in the UK – that adds an extra 1.2 metres to the length and towers over by nearly 50cm.

Leaving Amarillo and heading 50 miles west, I reached the unremarkable town of Adrian, with a population of just 149. However, at the end is a busy cafe, with bikers, trucks and cars parked outside. Operating continuously since 1928, the cafe sits astride a line that marks the precise halfway point of Route 66.