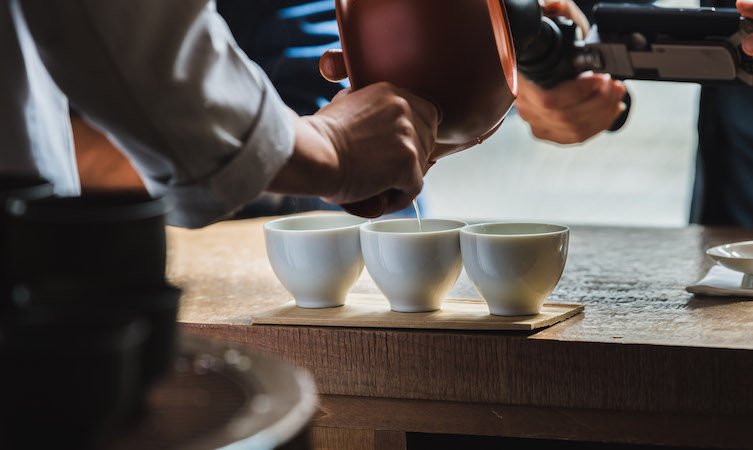 The concept of omotenashi (anticipatory hospitality) is said to have been inspired by the traditional Japanese tea ceremony – a quintessential part of the country’s culture. The host puts immense effort into preparations to ensure each guest can have the most memorable experience possible. 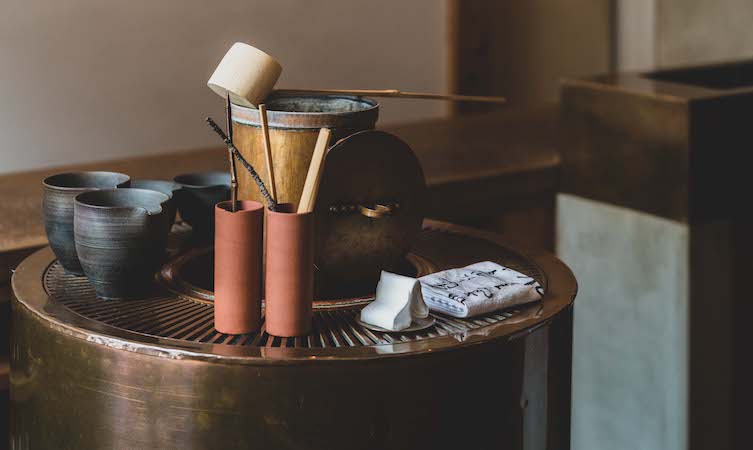 The whole process is customised and every step is carefully considered and orchestrated. From the tableware and ingredients used to the room temperature and the elegant, deliberate movements used when pulling the tea, no detail is too small.

Hidden away in downtown Fukuoka, the Yorozu Tea Salon opened six years ago. Timeless elements of the traditional tea ceremony are at the core of the experience, but modern elements including science, medicine and art have all been incorporated.

Visitors gather around a cherrywood table by a stove just as Japanese families have done for generations. Yorozu’s proprietor, tea master Suguru Tokobuchi, is meticulous. 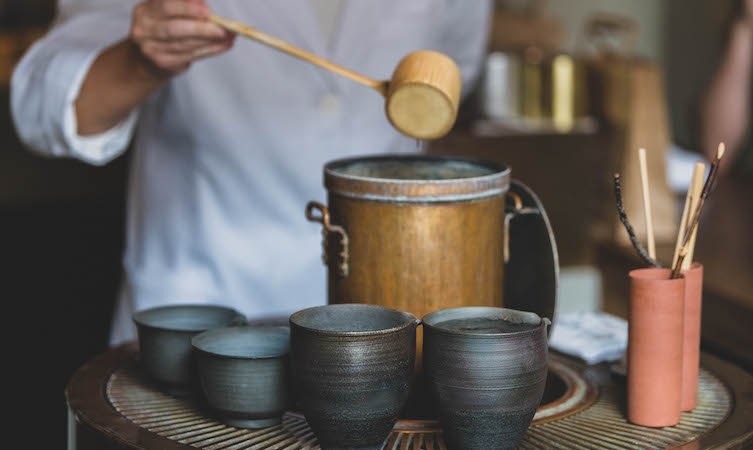 When serving, each gesture is precisely calculated, having been perfected through years of dedication and practice. Graceful wrist movements and the stretching of an arm when pulling tea, for example, can help control its temperature.

Tokobuchi-san believes the perfect cup must capture the ‘flavour’ of the moment, reflecting the season, the occasions and the time and place.

The tea served in Yorozu is the most expensive available in Japan. Due to the labour-intensive process by which it is grown and harvested, a small bowlful costs hundreds of pounds. To put that into context, a single cup of the tea will set you back about £25. 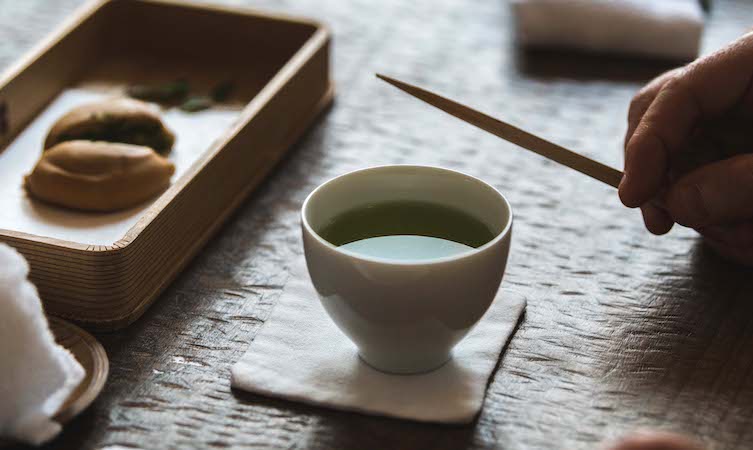 For example, one of the varieties we sampled, Dento Hon Gyokuro, is cultivated using the Dento Hon method. The trees are grown completely naturally, whereas those of mass-produced varieties are planted in rows. Once leaves appear from the buds, handwoven straw is used to block out the sunlight. No machines are involved in harvesting; every single leaf is carefully plucked by hand. This method creates a unique flavour.

The first refreshment to be served up was an ice-cold green tea. To make this, Tamaryokucha, which is recognisable by its straight, curly leaves, had been brewed for eight hours. The restorative beverage is almost yellow in colour and has a delicious mellow flavour.

Then came the expensive stuff: Dento Hon Gyokuro. This was served in three distinct stages and highlighted the importance of temperature during the Japanese tea ceremony. For the first pour, Tokubuchi-san explained to us that it is served at 35 degrees Celsius, the human body’s normal temperature, to bring out the tea’s umami, or best taste. 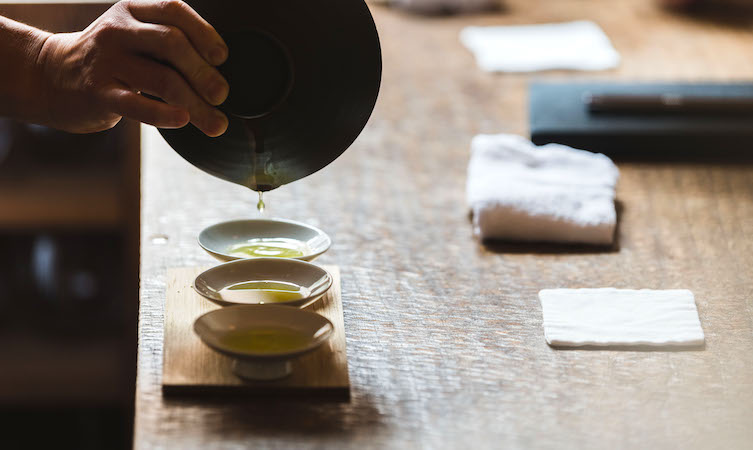 For the second helping, the tea’s temperature was increased to 75 degrees to draw out its astringent properties, which results in a slightly dry, rough feeling in the mouth and gives a real depth to the flavour. Finally, the third and weakest cup was served at 95 degrees to enhance relaxation. We even got to eat the leaves with soy sauce, and they were delicious.

Our experience finished with another cold concoction, this time black tea from the Kumamoto prefecture that was brewed for 12 hours.