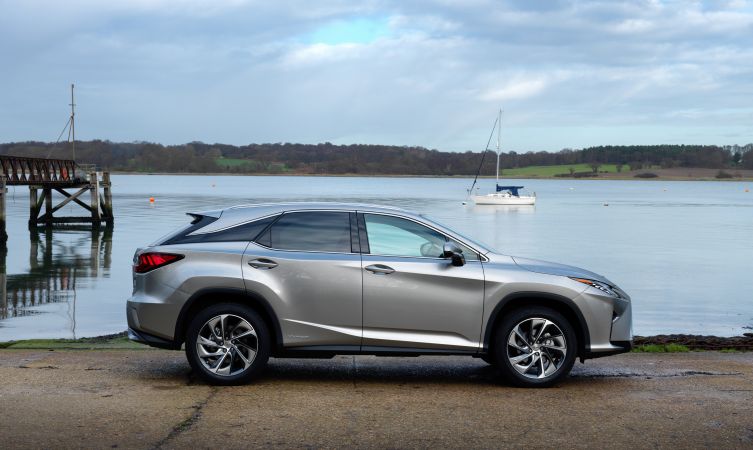 It’s been a little over six months since the European launch of the 2016 Lexus RX. During that time, sales of this new model have exceeded expectations and have been instrumental in more than doubling Europe-wide sales.

Clearly, those in the market for a new full-size SUV have taken to our latest model in droves. But what has the motoring press had to say, now that it has been possible to test the vehicle in the unique environment of British roads?

Below you can find a collection of unbiased reviews – some traditional motoring, others from enthusiast and technology sites. Pull quotes are pasted below, but you can also clink the links in bold type to be taken to each online review in full. 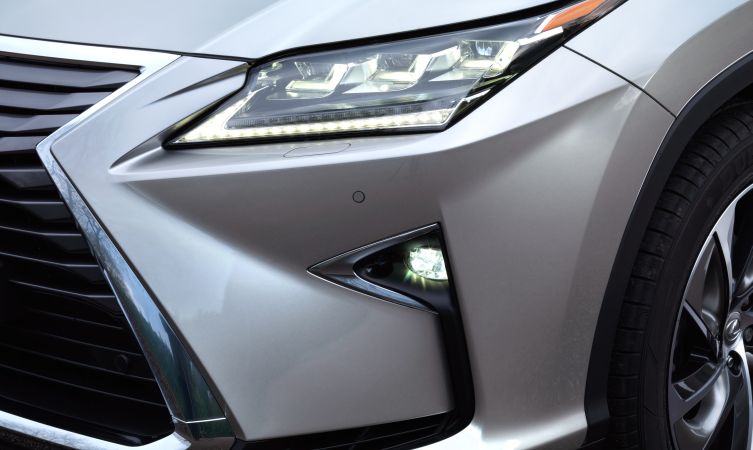 Autocar: In assessing the overall abilities of the Lexus RX 450h, the reviewer commented that it was, “at once a significantly better high-class soft-roader – and probably a better Lexus – than ever the RX has been before, doing everything that Lexus’s established customer base will expect of it, and some things much better than the outgoing car did.”

One area of which was in its chassis. Having established that the RX 450h will never be a sports car, the reviewer concluded that “the RX’s new-found dynamic maturity suits it well.” 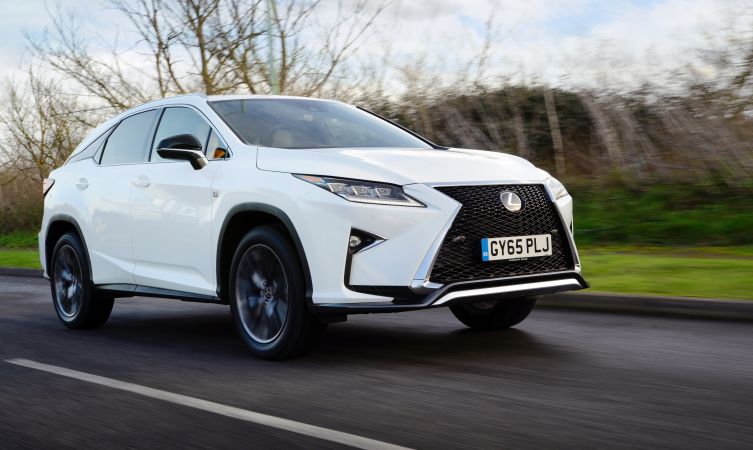 Evo: Chassis dynamics and feel were also of particular interest for this review. Of the two versions tested, it was reported that “the RX 200t feels a little lighter in the nose but the RX 450h rides with a little more pliancy.”

The reviewer described the handling of both models as “safe”, while the steering feel, rate of response and weighting were “consistent, so you can place the car accurately.”

Continuing, he commented: “Lexus should be commended for refining the brake pedal feel on its hybrid model – it’s getting very difficult to discern the difference between electrical regeneration and friction braking.” 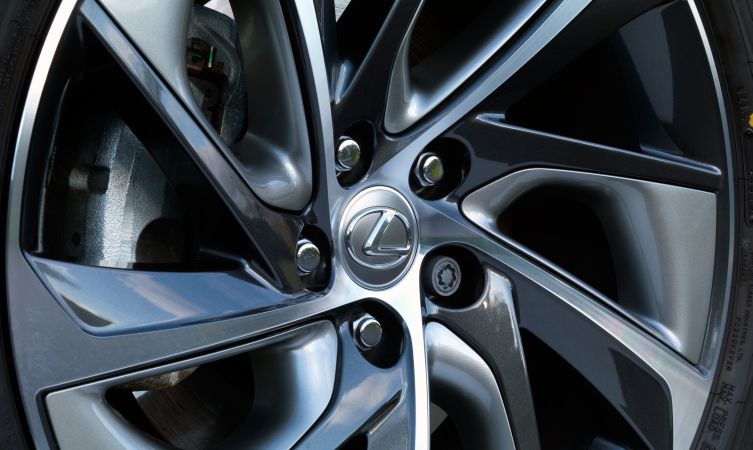 AutoExpress: The motoring website revealed that the RX 450h “strikes an imposing stance” and “attracted a lot of attention, especially around our central London office.” Equally, from a driver’s perspective, “the RX has taken a leap upmarket” over its predecessor. “The old car wasn’t exactly shabby, but this 2016 model raises the game.”

“Fire it up,” suggests the reviewer, “and you’ll hear, well, nothing. The powerful electric motor allows you to pull away in silence, plus it will continue for a couple of miles on electric power alone. This makes the car impressively efficient around town, and despite its… dimensions, the Lexus doesn’t feel too cumbersome.”

At higher speeds, “the more powerful V6 petrol engine makes it feel less strained than before, and the superior shove means you spend less time with your foot on the floor. It’s very quiet at 70mph, with little wind or road noise.” 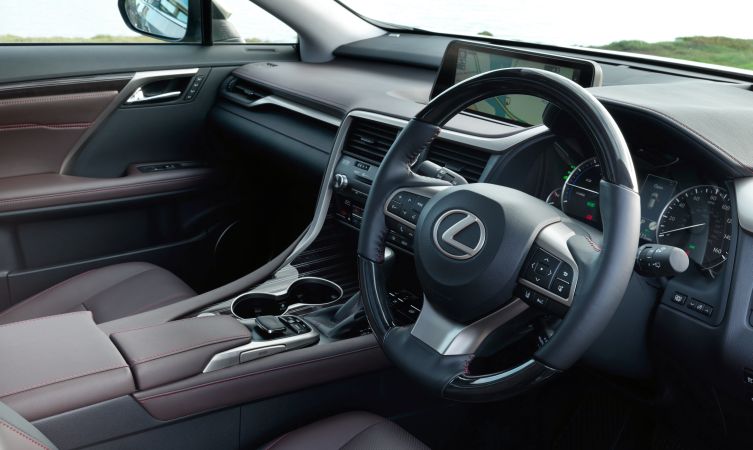 AutoTrader: Summarising its four-star review, the tester commented: “If you want an SUV that is affordable to run, relaxing to drive and beautifully built inside, then the RX ticks all of those boxes. Its superb refinement, strong equipment levels and low CO2 all make it an interesting alternative to a diesel 4×4.”

As suggested above, the interior was particularly praised within the review, feeling “far more like one of the brand’s traditional luxury saloons. That means big, comfortable seats that are really supportive, shiny wood veneers, soft leather and a large analogue clock. Few (if any) SUVs are this well built.” 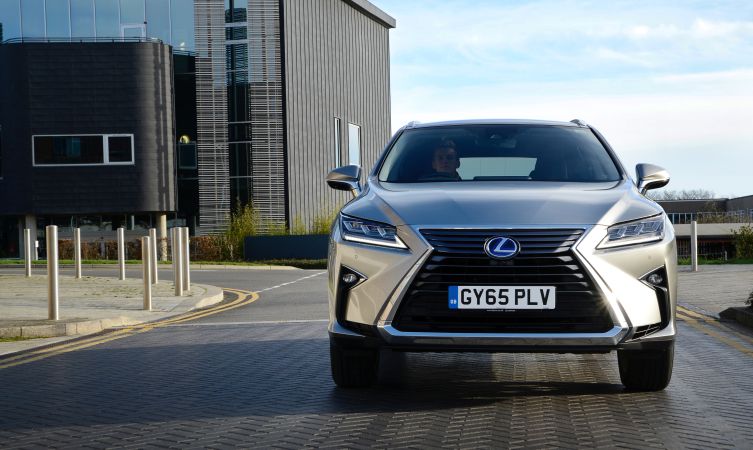 Pocket-lint: The tech review website introduced the new Lexus RX 450h as an “SUV-sized slice of Japanese futurism,” before adding that it “is one good-looking beast, embodying the jagged, open-mouthed front grille appearance synonymous with Lexus’s modern design language.”

As you would expect, the website focussed on its on-board technology, noting that “the Lexus is luxe from the off, delivering oodles of tech and comfort without needing to tick a barrage of upgrade boxes.”

Of these, it’s the 15-speaker Mark Levinson audio system which garners the highest praise, the reviewer commenting that it “is stupidly good, delivering all the highs and lows you could want at considerable volume. The full frequency range is covered – including sub bass that we didn’t know existed in some tracks.” 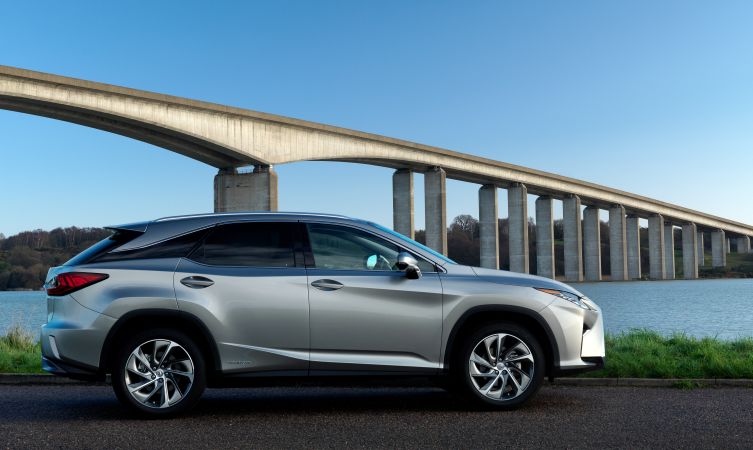 Mirror: The lifestyle and motoring section assessed the Lexus RX 450h as “one of the quietest, smoothest cars on the market,” but appreciated that thanks to its “daring bodywork” you may not get that impression from first appearances.

“I got more ‘Nice car’ comments from strangers along with appreciative nods at the petrol station than the average loan car,” revealed the reviewer.

He then concluded by saying: “The more time you spend with the RX 450h the more it gets under your skin. The quality of the material, the attention to detail and the easy-to-live-with, hassle-free way it gets you from A to B is all very appealing.” 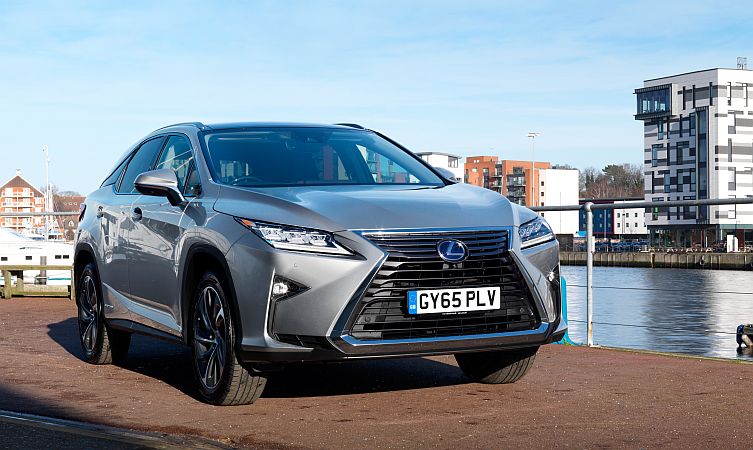 Telegraph Cars: The hassle-free nature of the RX was similarly praised by the Telegraph reviewer, who noted: “Despite its complicated petrol/electric power unit, for the most part the [RX 450h] is simplicity itself to drive, with all of the decisions about what power source to use taken care of by the car. All you need to do is point the steering wheel in the right direction and operate the pedals.”

Learn more: Price and specifications of the 2016 Lexus RX
Learn more: What is Benefit In Kind and how does company car tax work?