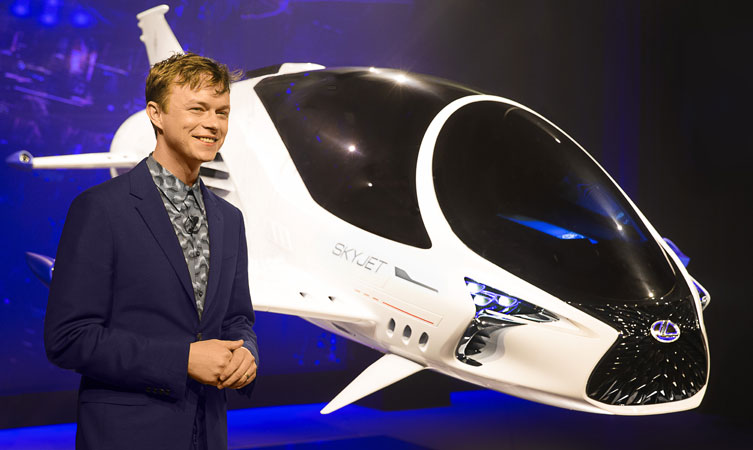 Dane DeHaan, title star of the forthcoming sci-fi movie Valerian and the City of a Thousand Planets, last night unveiled a replica of the Skyjet, a futuristic pursuit aircraft created for the film with support from Lexus designers. The presentation took place in Miami as part of a showcase for the luxury brand’s latest products and lifestyle activities.

The Valerian team wanted the Skyjet to be grounded in reality, yet befitting the world of the adventure, set 700 years in the future. The film’s creatives collaborated with designers at Lexus to incorporate contemporary design cues, adapted from its current model range.

Dane De Haan said: “I have always wanted to work with (Valerian director) Luc Besson because he really hones in on every single detail in his films, bringing the narrative to life in the most imaginative way possible. The collaboration on the Skyjet is a great example of this. Valerian’s epic chase scenes with the Skyjet are to be some of the most exhilarating moments in the film.” 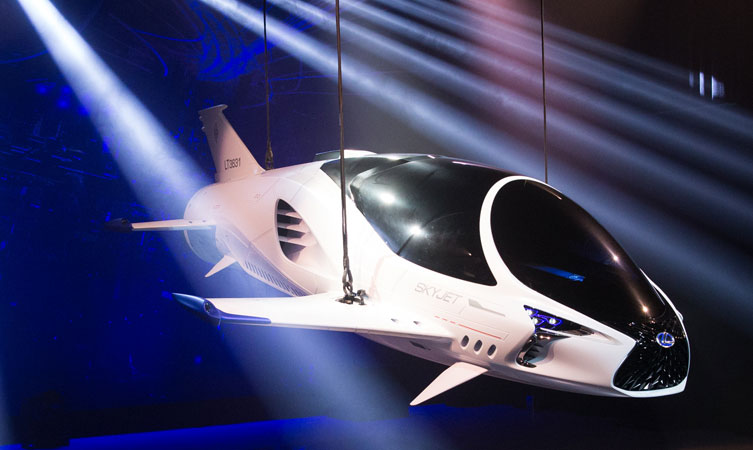 The unveiling was choreographed to a dramatic light show before DeHaan took to the stage to talk about filming with the Skyjet and working on set with his co-star Cara Delevingne and director Besson.

More details about the movie and Lexus’s involvement can be found here. Valerian and the City of a Thousand Planets on social media: –