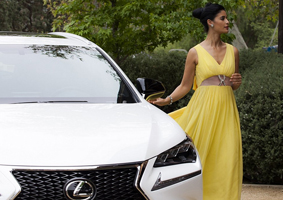 Following their cinema release earlier this year, the two 2014 Lexus Short Films will be available for all to see on-line from next Monday.

The featured works are Operation Barn Owl, directed by Satsukia Okawa and co-writted by Ken Ochiai, and Market Hours, directed by Jon Goldman.

Both were given star-studded premieres in Los Angeles and New York in the summer and were subsequently screened at film festivals worldwide. They will be available for free public viewing at www.lexusshortfilms.com from 17:00 GMT on Monday, 27 October.

Operation Barn Owl weaves together the excitement and passion of an American-style wedding proposal and a feeling of Japanese sensitivity. The film tells the story of Ellen and her group of friends banding together to help her best friend Jonah create a picturesque proposal for his girlfriend. Ellen, however, must overcome her feelings for Jonah and any past promises they made to each other for the proposal to go as planned.

Market Hours director Jon Goldman drew inspiration from the Grand Central Market in downtown Los Angeles. The vibrant space is the workplace of Randall, a quiet security guard who spends his days imagining the hidden lives of the shop workers in the market. Goldman chose to capture both Randall’s vivid imagination and the visual appeal of the market using a state-of-the-art slow motion Phantom Flex camera.