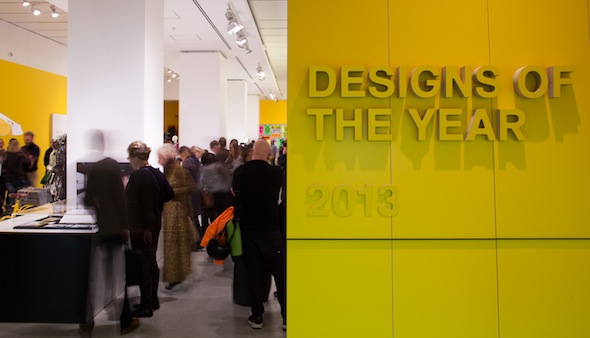 If you want to see the best the design world has to offer there’s no better place to catch a contemporary snapshot than at The Design Museum’s Designs of the Year 2013 exhibition, writes Guy Bird.

From the eye-poppingly huge and curvaeous concrete of Zaha Hadid’s Galaxy Soho office and retail complex in Beijing to the compact and completely fold-flat wheelchair by Vitamins Design – where even the wheels compress and tuck into a carry-bag – by way of an array of wonderful new chairs, desktop printers that ‘print’ in 3D and ultra-lightweight woven trainers by Nike, the Design Museum’s latest exhibition is a fantastic way to discover more about this year’s nominees.

The show, which has just opened and runs until July 7th, reveals entrants across seven disciplines – Architecture, Digital, Fashion, Furniture, Graphics, Transport and Product – in an easy-to-digest exhibition at the Design Museum building, which is still located in the shadow of London’s Tower Bridge ahead of a planned move to bigger premises on Kensington High Street in 2014.

Other stand-out designs that have been nominated for gongs include those on a grand scale like Renzo Piano’s building The Shard, to a solution-solving prototype for self-adjustable glasses for kids without access to opticians in the developing world, to the mundane but highly functional non-stick ketchup bottle invented by the Varanasi Research Group at the acclaimed Massachusetts Institute of Technology (MIT) in the US.

The high-profile judging panel for these ‘Design Oscars’ includes founder of design magazine Disegno Johanna Agerman Ross and comedian Griff Rhys Jones – also a holder of several D&AD awards for his pre-TV work in advertising – and together with their other esteemed colleagues they will decide the best entries in each of the seven categories and one overall winner on April 17th. Previous winners include the The London 2012 Olympic Torch designed by Edward Barber and Jay Osgerby (2012), the Barack Obama Poster by Shepard Fairey (2009) and the One Laptop per Child designed by Yves Béhar for Fuseproject (2008).

Ticket prices to the show – which include a voluntary £1 charitable donation to help raise funds for the museum’s future exhibitions – are £11.85 for adults, £7.50 for students and free for under 12s. The Design Museum opens daily from 10am-5.45pm and is situated at 28 Shad Thames, SE1 2YD, which is a great bit of London to visit in its own right, with its redeveloped wharfs, atmospheric narrow cobbled streets, excellent restaurants and great views of Tower Bridge and the river. For easiest free parking, travel early on a Sunday morning and park in one of the side streets just south of the river or at other times use the Q-Park car park on Gainsford Street or parking meters on Maguire Street. Alternatively London Bridge overground rail station with its Northern and Jubilee tube line connections is a pleasant 15-minute walk along the River Thames.