Skip to content
Home Brand Stories Lexus Recommends: H by Harris: The coolest laptop cases and rucksacks on the planet? 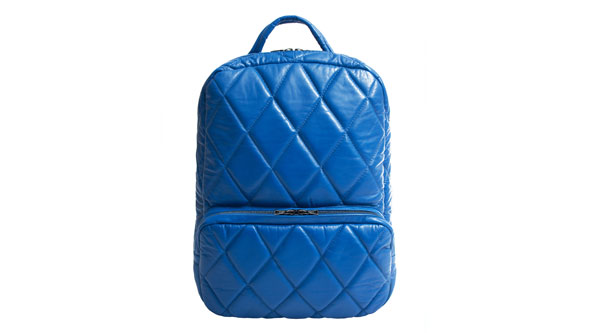 If you want to protect your laptop and valuables but don’t want to resort to something sartorially off-key by a humdrum IT accessory supplier then it’s time to seek out H by Harris, writes Guy Bird

Frustrated by the dearth of decent carrying cases for his personal laptop back in April 2007, London-born professional stylist Harris Elliot – behind the sharp looks of Mark Ronson, Scarlett Johansson and Ewan McGregor among others – decided to make his own. So at the end of a photography shoot one day he found some spare leather and created his own laptop satchel.

Getting considerable positive reaction from friends and colleagues he decided to develop a capsule collection and two years later in 2009 ‘H by Harris’ was launched. The result was a series of fulsomely quilted or ribbed leather and waxed Nubuck laptop cases and rucksacks and weekend bags in a mixture of simple black and brown to vivid orange and silver colours.

Endorsement by a wide selection of the world’s best fashion and design magazines has been readily forthcoming from Esquire and GQ to Vogue and Wallpaper* and Harris has also since added iPad cases as well as clothing collaborations with other quilting specialists, including traditional British country wear-turned-contemporary-fashion-savvy brand Lavenham. However, the number of products made has been kept relatively low and the stockist list length short, to keep things personal, independent and exclusive.

And if you don’t find yourself in central London, Hong Kong – or indeed China or Japan – that often, fear not. H by Harris’ goods can be purchased online from a reasonable sub-£100 for some iPad cases to £499 for his signature quilted leather practical rucksack.Try luxury online retailer www.thenandnowshop.com or indeed easiest of all, go to H by Harris’ own website www.hbyharris.com where you can find out more.