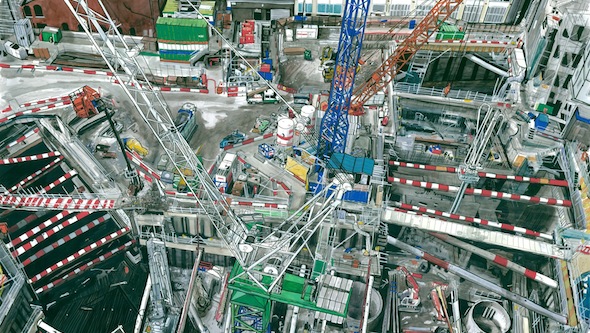 This week, Lexus recommends artist Patrick Vale, who first caught our attention with his Empire State of Pen video.

Shot in 2012, the timelapsed film shows five days of incredibly detailed sketching of the New York city skyline compressed into just over a minute.

The architecture specialist has since been hard at work detailing the views and vistas of four major cities – New York, San Francisco, Los Angeles and London – all of which are featured in his first solo exhibition City Lines.

His large and highly detailed freehand drawings, described as “wilfully scraggly, imperfect without being whimsical or cute” by Architizer, give equal billing to fire escapes, individual window panes and power cables as they do to recognisable landmarks.

City Lines runs at the Coningsby Gallery until April 12th. The gallery is based on Tottenham Street, a few moments’ walk from Tottenham Court Road and Goodge Street Station.

Find out more on the gallery website, or at patrickvale.co.uk.