Skip to content
Home Other Lexus at Detroit Motor Show 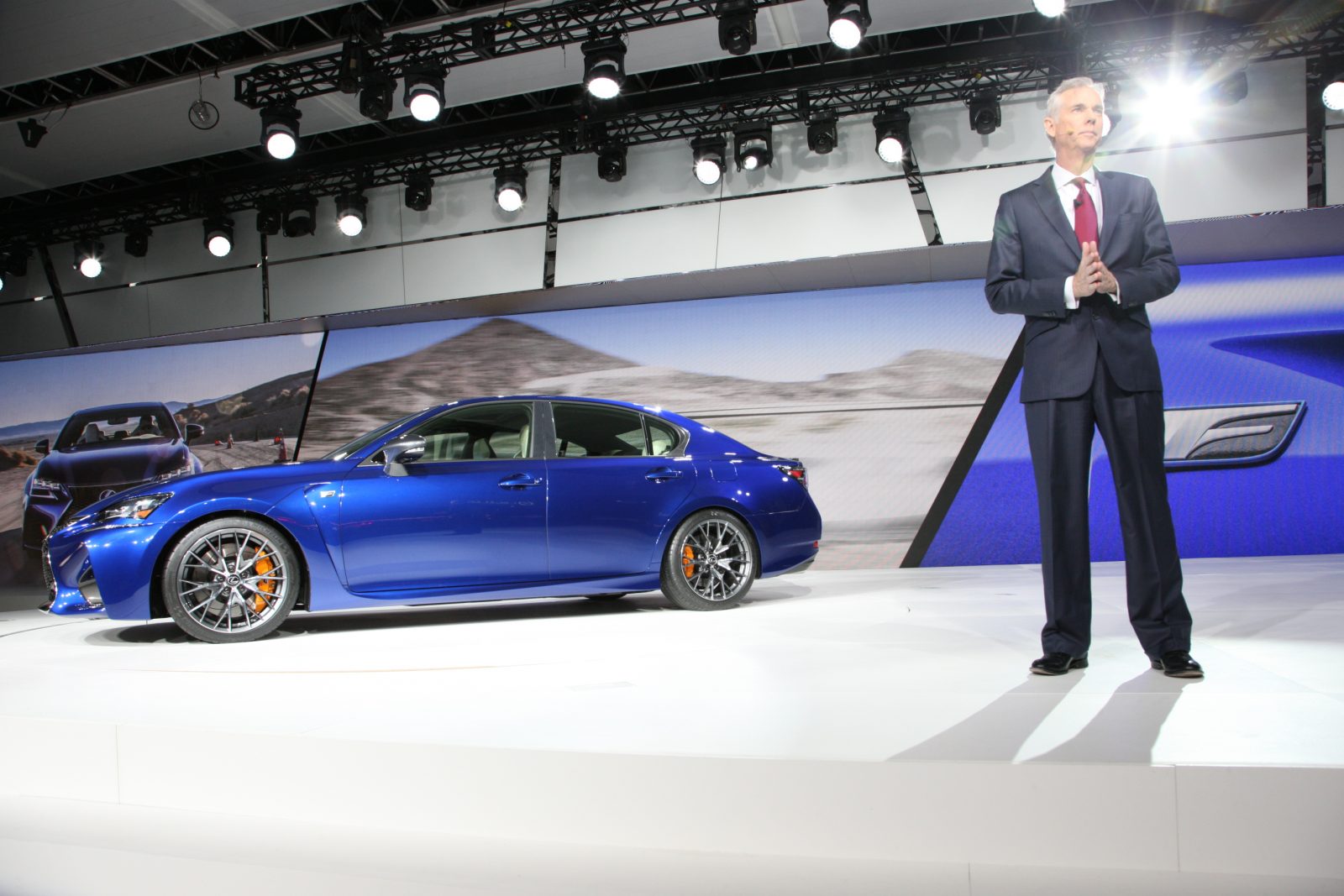 This week we revealed the new Lexus LC 500 in Detroit. An alluring, athletic flagship coupe, it follows a direct, inspirational bloodline from the LF-LC concept that excited customers, enthusiasts and the media when it broke cover at the very same event, four years ago. And that got us thinking about our previous reveals at the Detroit motor show…

Lexus and the Detroit motor show go back a long way. In fact, we chose Detroit as the prime location to reveal our launch model, the first-generation LS 400, in 1989.

We’d set ourselves a challenge: to produce the finest possible automobile with the most advanced materials and technology. To give you an idea of the lengths we went to in order to achieve this, over the years before its unveiling, this project represented the work of 60 designers, 1400 engineers split up into 24 teams, 2300 technicians and over 200 support workers.

The LS 400 was an embodiment of progressive technology, with its distinctively smooth 4.0-litre V8 engine representing the pinnacle of Toyota’s engineering prowess. Allied to this was a new computer-controlled automatic gearbox featuring its own ECU. This was designed to ‘talk’ to the engine’s ECU and tell it when to momentarily retard the ignition timing.

Simply put, the LS 400 signified the beginning of the Lexus pursuit of perfection.

The Lexus Future Advance (LF-A) made its first appearance at the 2005 Detroit Motor Show over ten years ago. While production details were still to be confirmed, we revealed some key elements including the fact that its V-format engine would produce more than 500bhp from less than five litres of displacement and deliver a top speed in the region of 200mph. The show was visited by motoring journalists from around the world, who were unable to hide their delight and surprise at the unexpected debut of a Lexus supercar, and chief engineer Haruhiko Tanahashi was met with a barrage of rapid-fire questions about this high-profile project.

The Lexus Future Advance Roadster (LF-AR) concept was unveiled at the Detroit Motor Show in 2008. Sharing characteristics of the second LF-A coupe, including the same strong yet lightweight carbon fibre and aluminium body, this convertible version was also powered by the high-revving V10 engine. The result was a car that transformed the pleasure of open-topped motoring into an adrenaline-charged, one-of-a-kind driving experience.

This version never made it into production. The road-going car dropped the concept’s name hyphenation to become simply the Lexus LFA. Just gorgeous.

While you may remember the blue Lexus Future Luxury Coupe (LF-LC) from its striking appearance in Australia, it was originally made its debut in red for the 2012 North American International Motor Show. It was then revamped with a new opal blue paintwork for its reveal Down Under, inspired by the lustrous colour found in the naturally occurring semi-precious opal stone found in the Outback.

The GS F was officially unveiled to the world’s press at the 2015 Detroit Motor Show. The GS executive saloon was a natural recipient for the ‘F’ treatment, as it was the first model to usher in our sportier new ‘L-Finesse’ design language at its launch.

The most recognisable element of L-Finesse on the GS is the hourglass-shaped Spindle grille. To quote Jeff Bracken, general manager for Lexus, who took the wraps off the car at its launch; “The evolution of our brand began in 2012 with GS.”