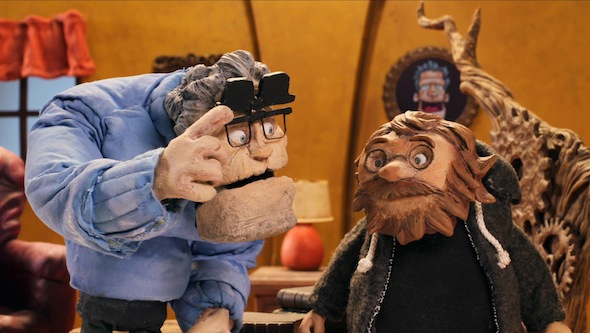 Pitched as ‘a stop-motion animated series following the gloriously mundane lives of celebrity roommates who all happen to live in the same apartment building’, the show has already taken a tongue-in-cheek look into the imagined flat shares of David Bowie and graffiti artist Banksy, director Guillermo del Toro and actor Ron Perlman and the stars of the Batman series of films.

The 10-episode series is well underway, with a new episode added to the L Studio YouTube channel every other Thursday.

“This is a really unique, original and funny series. It’s unapologetically silly and at times, just plain ridiculous,” said Green in a statement. Towner and Harvatine IV added in a joint statement: “This project comes from a place of pure love and admiration for the eccentric personalities it showcases. It’s so absurd and fun!”

Watch two episodes of Friendship All-Stars below or see the full series and extras on YouTube.