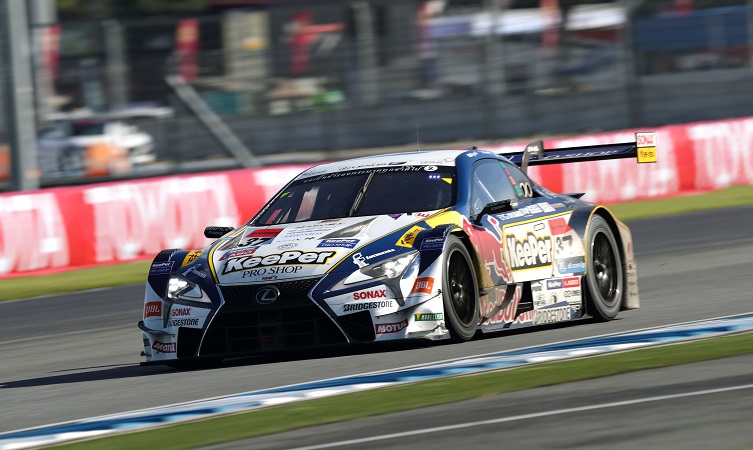 The penultimate round of the 2017 Super GT championship resulted in the second pole-to-win victory of the season for the #37 KeePer TOM’S LC 500. It was an achievement that gave the team and its drivers significant points advantages in the championship titles. 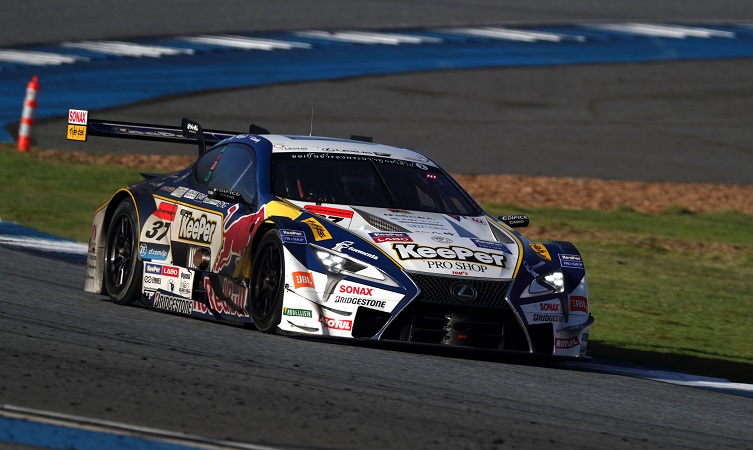 Held last weekend at the Chang International Circuit in Thailand (the only round of the season hosted overseas), changeable weather made it difficult for the teams to judge which tyre compound to use. While qualifying was beset by rain, race day dawned bright and clear but quickly descended into heavy squalls, leaving teams scrambling to fit wet weather tyres. 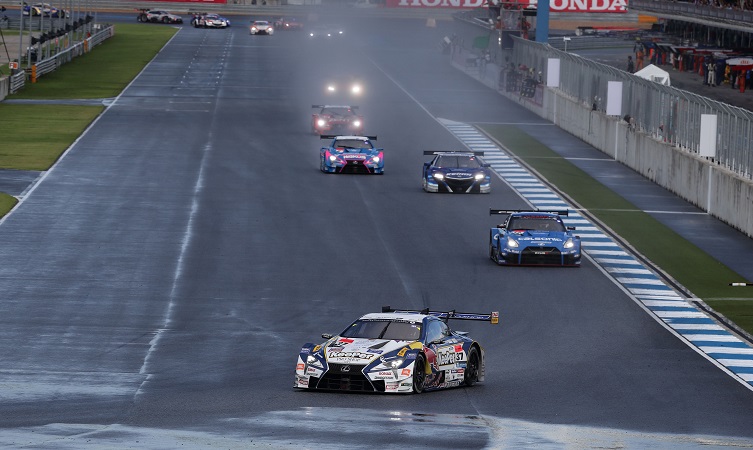 Just minutes before the start of the race, however, the rain stopped and the clouds cleared to reveal blue skies. An immediate decision, therefore, had to be made whether to revert to slicks, gambling that the surface would dry sufficiently to offset losses from a slippery start. Among the top-level GT500 class, only three of the 15 teams acted on that impulse.

Due to the wet track the officials opted for a controlled, three-lap start led by the safety car. Traffic and 30-degree temperatures eventually erased the wet tyre advantage but by the ninth round the three cars on slicks were way down the order, having set lap times approximately 20 seconds slower than those on wets. 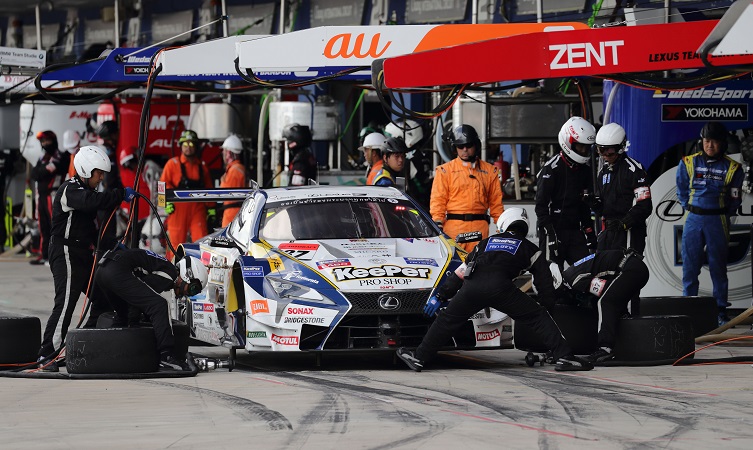 By the time the last cars returned to the race after the first round of pit stops, the KeePer TOM’S LC 500 had resumed its lead – a feat it repeated in the second stop for the driver change from Nick Cassidy to Ryo Hirakawa. By this time considerable gaps had opened between all the competitors, leaving no car to challenge the insurmountable #37 Lexus for the lead. Smaller gaps in the middle order delivered further excitement as the remaining five Lexus LC 500 models also pushed hard to achieve.

With just two laps to go, an engine issue for the #12 car in third place improved the ratio of LC 500s in the upper order. By the time the chequered flag fell, not only had the #37 KeePer TOM’S car secured its second victory of the season, but five of the top six places were held by Lexus LC 500 models. 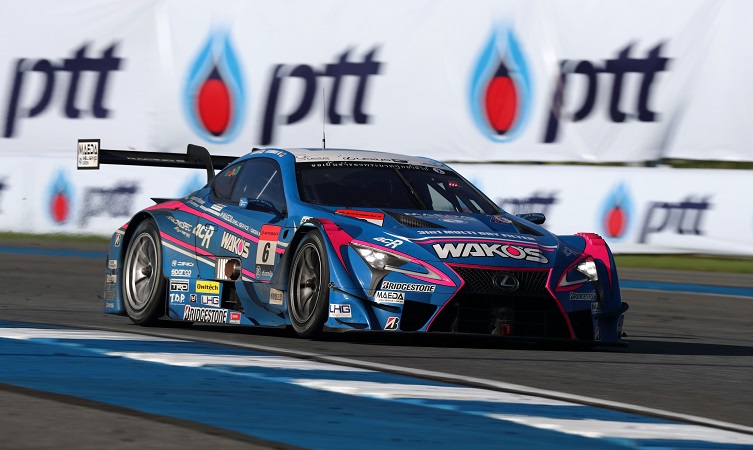 Based on these standings after round seven, the probability of Lexus securing both the teams’ and drivers’ championship is extremely high.

Comments from the KeePer TOM’S team

Nick Cassidy: “I’m overwhelmed. Today was an amazing day, and I can’t thank the team and other parties enough. The result was important but at the same time I think this was one of the best GT races I have ever done.

“The power was really, really good and our choice of the wet tyres gave me enough of an advantage to stay ahead of the cars behind, so I didn’t need to take risks in the traffic. After handing over to Ryo, he did an amazing job, as he always does. I am now really looking forward to Motegi, especially with no success ballast.”

Ryo Hirakawa: “We achieved the best result. Honestly, I was very nervous before the start and worried about which tyre to choose, but the pace of the car in the rain was good. The timing to change to dry tyres determined the race. With maybe some luck we were able to get in the pit at the perfect time. The pit work was quick and my out laps were nice and clean.

“After that. I never looked back and focused on not making mistakes and to keep the rank we were in. It was a great race, which has put us in a good position for the final round. All cars will lose the weight handicap at the final race in Motegi, so I hope to run another race like I did in the first round of the season.”

The grand final of the 2017 Super GT championship will be held on
11-12 November at the Twin Ring Motegi circuit in Japan.