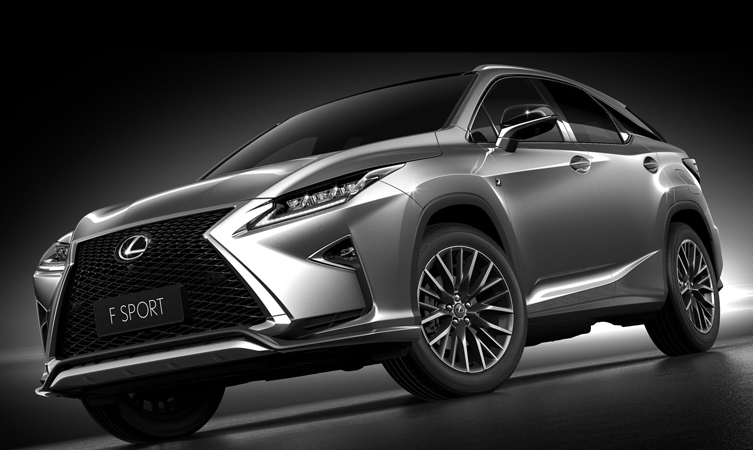 Following the world debut of the next-generation RX in New York on 1 April, Lexus has revealed its luxury SUV will be available with a 2.0-litre turbocharged petrol engine.

The 2016 Lexus RX 200t was presented for the first time today at the Shanghai motor show. Designed for selected markets around the world, including the UK, the model is powered by the in-line four-cylinder engine first deployed in the NX range.

A major point of appeal in the Lexus RX 200t is its ability to deliver seamless and continuous acceleration up to mid and high speeds.

The unit features VVT-iW intelligent/wide variable valve-timing, a low-inertia turbocharger and an air-to-liquid intercooler. Target output in the RX is more than 225bhp. The engine will be matched to a six-speed automatic transmission with ratios tailored to support strong acceleration from standstill and at overtaking speeds.

Takayuki Katsuda, RX Chief Engineer, said: “A major point of appeal in the Lexus RX 200t is its ability to deliver seamless and continuous acceleration up to mid and high speeds.”

According to market, new RX will also be available with a more powerful 3.5-litre V6 petrol engine, coupled with an eight-speed automatic gearbox and producing more than 300bhp. The full hybrid version (which will be sold in the UK) will use an Atkinson cycle 3.5 V6, together with an electric motor, giving a combined system output of around 300bhp. All three powertrains have been engineered for high fuel economy and lower carbon emissions.

The new RX has a sharp new look and an all-new cabin to match its refined engines. The chassis and suspension have been engineered to increase the degree of car-like handling. The model will also benefit from the new Lexus Safety System+ comprehensive active safety package.

Katsuda-san said: “I believe this new RX will  not only surprise new customers but will also delight and satisfy our loyal customers, whose high expectations will be met by many innovations.”