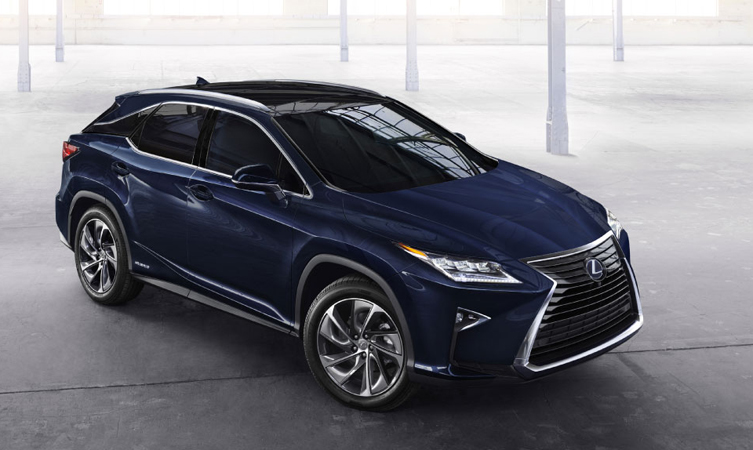 The new 2016 Lexus RX was unveiled to great acclaim at the New York motor show at the start of April, so we thought it was about time to share some new pictures of the RX, published on the Lexus International website.

The chiseled 2016 RX has a completely redesigned front end with a new, more striking spindle grille. At the rear, L-shaped taillights wrap around the side of the car. A truly innovative styling element on the new RX is the blacked-out C-pillars, which provide the illusion of a floating roofline, never before seen on a Lexus.

As you would expect, the interior of the new RX takes luxury and comfort to a new level. A large head-up display takes centre stage, while the information zone features a 12.3-inch monitor, set apart from the cockpit’s main operation zone.

Lexus has always stressed safety in all of its vehicles, so it should come as no surprise that the new RX offers even further safety improvements.

Among these new improvements are the upgraded body structure that heightens the overall passive safety of the RX, and Lexus Safety System+, which helps avoid or mitigate collisions across a wide range of vehicle speeds.

As you can see from these photos, the spindle grille and lower center piece of the rear bumper feature an ‘F’ mesh design. The model will have new alloy wheels exclusive to the grade, while the interior has a perforated leather steering wheel with an F Sport emblem and a custom F Sport instrument cluster. Exclusive colours and trim pieces are also part of the sporty package.

Details and specifications of 2016 Lexus RX for the UK will be announced later this year.