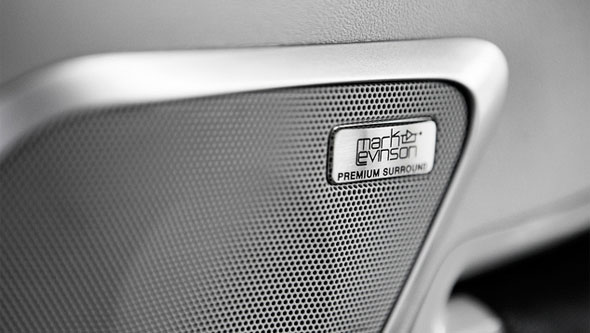 What links the Beatles, the Woodstock music festival, and the audio system in your Lexus? In a word, Levinson.

Thirty-two years prior to that, eponymous founder Mark Levinson created the sound mixer used at Woodstock, while in 1967 the parent company made the machines on which the iconic Sgt. Pepper’s Lonely Hearts Club Band album was recorded, not to mention another 66 number one rock ‘n’ roll hits.

Lexus has enjoyed a long association with music, festivals, and its support of new and established artists. But to fully appreciate this exclusive connection with Mark Levinson Audio it is necessary to rewind the clock all the way back to 1948.

It was the year when Willi Studer founded an oscilloscope manufacturing business in Zurich, Switzerland, though he swiftly branched out into designing and manufacturing Dynavox and Revox tape recorders. Soon afterward the Studer 27 was developed, the first professional tape recorder as used by the Swiss Broadcasting Corporation. This was followed in the mid 1950s by the introduction of the Studer A37 and B37 studio recorders, superceded in 1960 when a new generation of these machines starting with the C37 was launched. In 1964 the four-channel J37 was born, and being the most sophisticated tape recorder thus far it made Studer equipment the first choice for recording studios around the world.

Three years later producer George Martin and engineer Geoff Emerick used two Studer J37s at EMI’s Abbey Road studios to record arguably the world’s most famous album. According to Ken Townsend, the studio’s then general manager, the basic method was to record on all four channels on the first machine, mix them down to two tracks on the second machine, then over-dub until all four tacks were recorded. This process was repeated as many times as necessary. The last song on the album, A Day In The Life, was recorded by running both four-track machines in sync by using a 50-cycle tone on one track of the first machine to drive the capstan motor of the second machine – effectively making it seven-track.

Meanwhile, in 1953 Dr. Sidney Harman and Bernard Kardon founded Harman Kardon. Their first product was the world’s first true FM hi-fi receiver, the Festival D1000. The company went on to develop and successfully market what became known as hi-fi separates — amps, speakers, tuners and so forth — and by the mid 1970s Harman Kardon had become a major player in the home audio industry.

Back in the late 1960s, a young jazz musician and electronics geek by the name of Mark Levinson merged his musical and technical talents by creating the sound mixer used onstage during the Woodstock Music and Art Fair (to give the event its correct title). This experience, coupled with his various recording studio activities, led to Levinson experimenting with electronic design and sound playback. In 1972 he founded the Connecticut-based Mark Levinson Audio Systems, a manufacturer specialising in high-end, solid-state home audio. Mark Levinson equipment has never been built down to a price. Instead it is created to ‘overcome any known limitations in playback’, regardless of cost. Madrigal Audio Laboratories purchased the company in 1984, and fortunately for the brand’s reputation, Madrigal continued to make Mark Levinson equipment to the highest possible standards.

In 1980 Sidney Harman created Harman International Industries. Later on in the decade, and with a voracious appetite for corporate acquisition, Harman acquired Soundcraft, a British sound mixing desk maker.
Returning to Switzerland, Studer Revox AG was formed in 1990, and four years later the Studer portion of that company was also acquired by Harman International. By the end of 1994 Harman owned a plethora of audio manufacturers catering to both the home enthusiast (eg. Harman Kardon and JBL) and the professional markets, among them Studer, which is now operationally controlled in the UK by sister firm Soundcraft.

In 1995, Madrigal Audio, along with its Mark Levinson Audio division, became part of Harman’s ever expanding portfolio. As Sidney Harman said at the time, “Madrigal represents the jewel in the crown of Harman International”, and subsequently implemented a hands-off management policy. The following year Phil Muzio, who had originally worked alongside Mark Levinson back in 1974, was appointed Madrigal’s CEO and it was he who was instrumental in forging the partnership between Lexus and Mark Levinson Audio. The first Lexus to bear the fruit of this ongoing collaboration was the 2001 LS 430, equipped with a Mark Levinson Premium Sound system.

Needless to say, Mark Levinson’s association with Lexus didn’t end in 2001 — future projects were in the planning. The following year – four years prior to the launch of the LS 460 – Phil Muzio travelled to Japan armed with volumes of research for a meeting with Chief Engineer Takeshi Yoshida. The 450-watt surround-sound system Muzio proposed featured no less than 19 speakers, a figure that caused Yoshida-san some concern as he knew how challenging it would be to accommodate that many speakers in the car.

The attention to detail within these Mark Levinson Audio setups found within is astounding. But the most important thing for us is that the audiophile Lexus driver is ‘blown away’ by the sound quality of these systems.