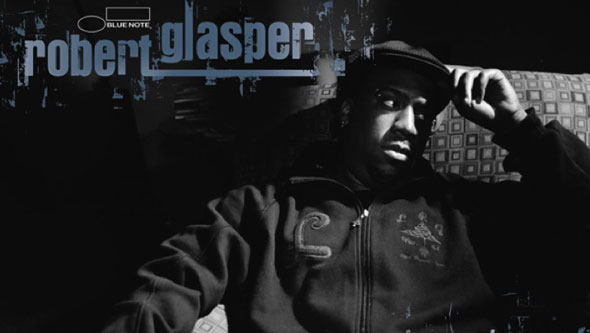 If you like a bit of jazz, but prefer it when the musicians avoid over-indulgent solos, Robert Glasper’s latest album Black Radio could be for you, writes Guy Bird

Listen to Robert Glasper via Spotify or Soundcloud

Still only 34, Houston, Texas-born Glasper has a thoroughly rounded musical outlook. Although steeped in jazz history and knowledge – and signed to the same legendary Blue Note label as jazz giants like John Coltrane and Thelonious Monk – he’s also firmly in tune with more recent musical styles and for his Black Radio album he’s deliberately sought to gain a wider audience through credible collaborations with soul, funk and hip-hop artists and even a re-work of a grunge anthem.

Thus on his version of the jazz classic Afro Blue he employs the smokily charismatic soul vocals of Erykah Badu while on a cover of Sade’s Cherish the Day he brings in the sweet-voiced skills of Lalah Hathaway (daughter of soul legend Donny). Elsewhere, on Always Shine, rapper Lupe Fiasco teams up to good effect with Bilal and then at the end of the album there’s a spookily vocoder-ed version of Nirvana’s Smells Like Teen Spirit that could have gone horribly wrong but actually works really well. All in all there’s not an over-noodled jazz solo in sight.

When released last year, it went straight in at number one on the American Billboard Jazz charts and such was its success it spawned a late 2012 re-mix EP featuring hip-hop DJ supremo Pete Rock and sometimes feisty funk/soul songwriter Meshell Ndegeocello. Both are worth a serious listen. And if you are also partial to more modern instrumental jazz compositions too, then why not angle your ears towards a few of his admittedly more straight jazz piano LPs – 2005’s Canvas, 2007’s In My Element – where he mashes up Radiohead and Herbie Hancock on his Maiden Voyage / Everything In Its Right Place track – and 2009’s Double Booked. There are admittedly a few noodling piano moments on these albums, but by then – with the help of Black Radio – you’ll be suitably converted to Glasper’s rare and supremely talented sound.