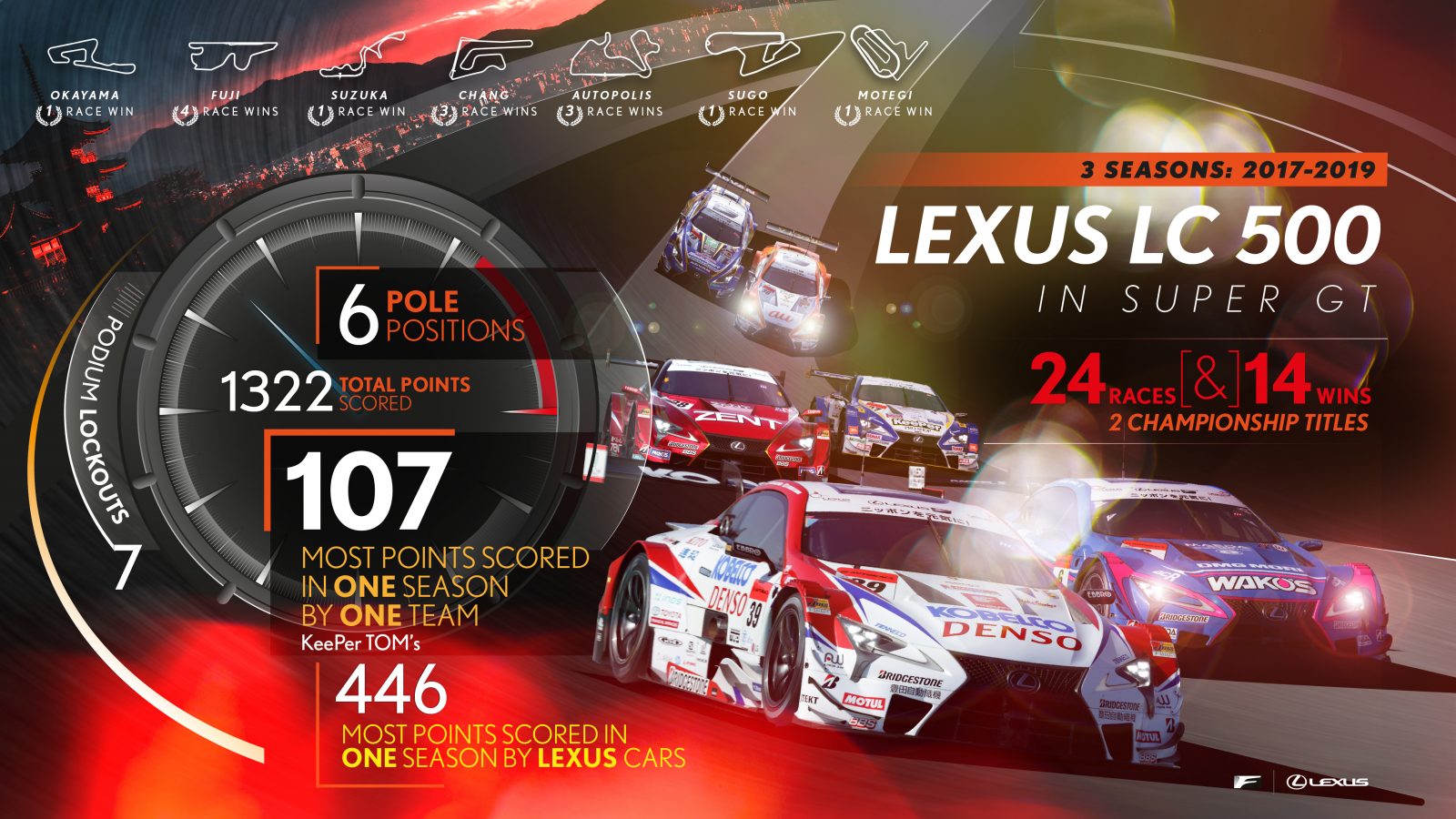 When the Lexus LC 500 replaced the RC F on the Super GT grid in 2017, nobody could have anticipated how successful it would become.

In its debut race at Okayama, the six LC 500s entered by five different teams (TOM’S, LeMans, SARD, Cerumo, Bandoh) claimed the top six places in a show of dominance previously unseen in the Japanese series. It was also the first of seven podium lockouts that the car would achieve during its Super GT tenure.

In three seasons, the LC claimed two championship titles:  Nick Cassidy and Ryo Hirakawa of Team KeePer TOM’S were victorious in 2017, and Kazuya Oshima & Kenta Yamashita of LeMans Wako’s gave the car a championship-winning send-off in 2019.

Overall,  the LC competed in 24 races, taking victory in 14 of them. That’s a win ratio of 58%. It also claimed pole position six times, 25% of the races entered.

Across all three seasons, Lexus LCs scored a grand total of 1,322 championship points between them. In 2017, cumulatively LC 500s amassed 446 points – the most scored in one season by Lexus cars. 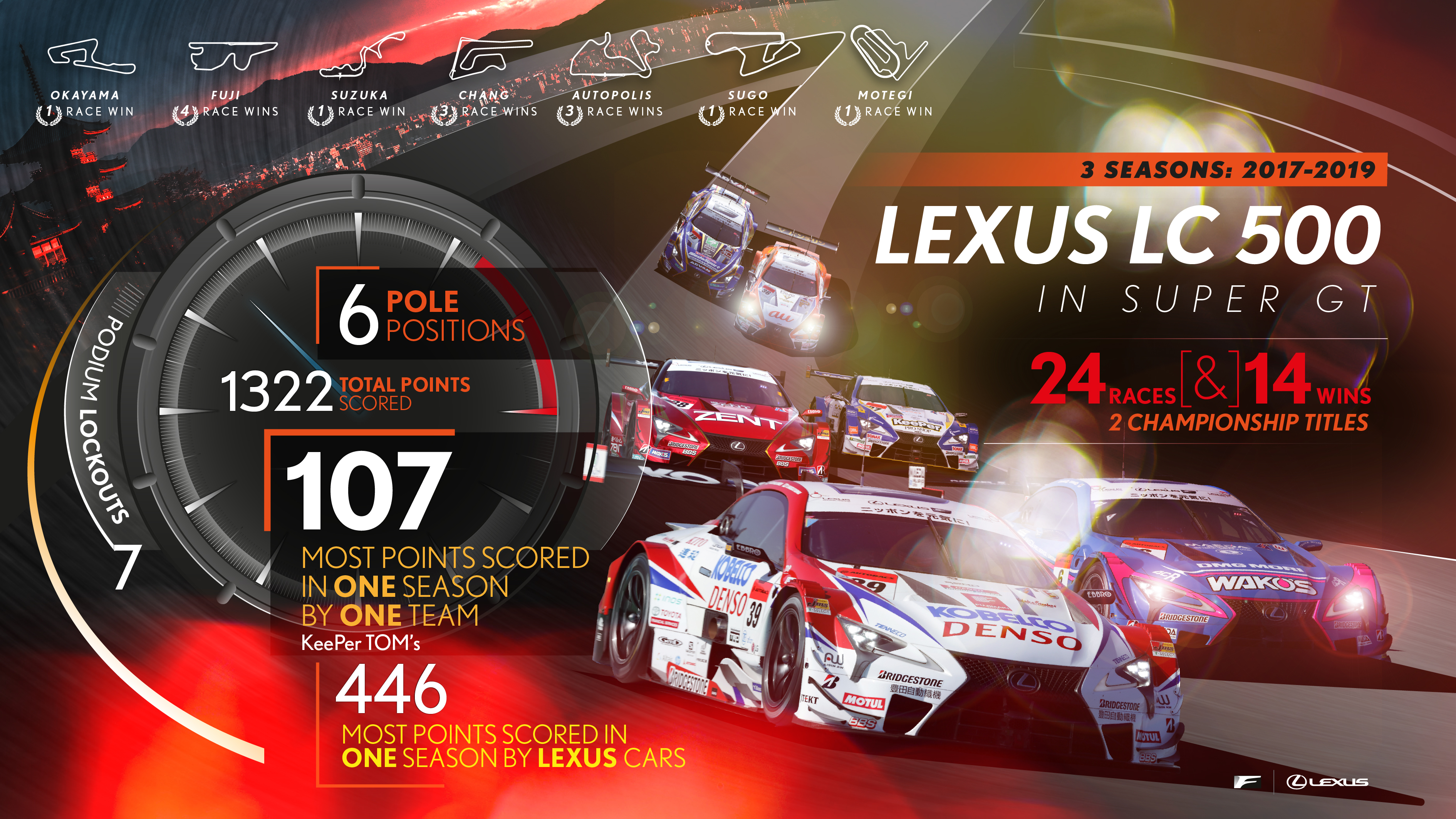