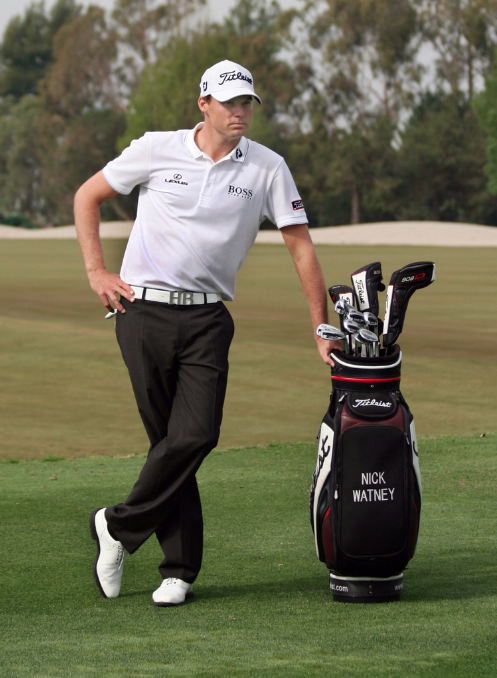 We all know that golfers around the world focus on getting on the green, so it should come as no surprise that two of this year’s Open Championship players are aiming to be greener than ever, thanks to Lexus Hybrid Drive.

Mark O’Meara, one of the sport’s most accomplished players, who counts the 1998 Open and Masters titles among his 16 PGA victories, and his fellow American Nick Watney (pictured), currently 10th in the Official World Golf Rankings, have both chosen the Lexus RX 450h as their official transport.

The full hybrid SUV will be used by the players as they travel to and from Royal St George’s for the duration of the tournament. Mark and Nick are no strangers to the Lexus range, as they both drive LS saloons in the USA.

We’ll be finding out more about Mark’s hopes for The Open Championship 2011 later this week – if you have a question you would like us to ask him, simply submit it by 12pm BST tomorrow, 14 July 2011, using one of the following methods:

Lexus has a long established relationship with top level golfers; Mark and Nick are joined by Charles Howell III (USA) and Australian Jason Day on the roster of Lexus Sponsored Golf Champions competing at The Open. Other Lexus brand ambassadors from the world of golf include Natalie Gulbis, Annika Sorenstam, Peter Jacobsen, Raymond Floyd and Johnny Miller.

As well as working with players at the pinnacle of the game, Lexus continues to support the grass roots with the annual Lexus Golf Challenge. This year, 25 Lexus Centres across the UK have hosted golf competitions or sponsored events at local clubs. From each of these competitions teams of four players qualified for regional finals contested at three of Britain’s most prestigious golfing venues: Wentworth, Woburn and Royal Birkdale.

As well as vying for the top of the leaderboard, the regional teams took part in a “beat-the-pro” competition with Bernard Gallacher, the three-time Ryder Cup European Team Captain. The winners will progress to the “Monty Day” final, with the opportunity to meet and play with leading international player Colin Montgomerie at the Kingswood Golf and Country Club in Surrey in October.

We wish our players in The Open, as well as our regional finalists, the best of luck.