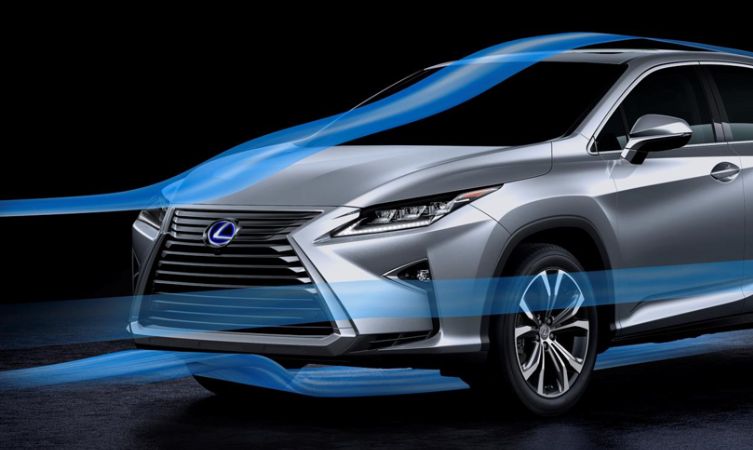 Vehicles in the sports utility (SUV) segment are not normally known for their wind-cheating properties, primarily due to their more upright cabin architecture and raised ride height.

However, a number of aerodynamic measures have been incorporated into the design of the 2016 Lexus RX that not only improve its drag coefficiency and fuel efficiency but also contribute to the car’s driving stability and low cabin noise.