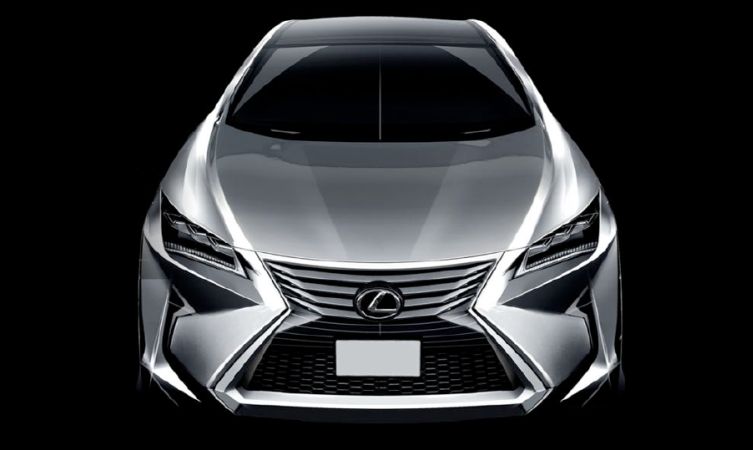 The new Lexus RX displays the latest interpretation of Lexus L-finesse design – a broad philosophy that for this model was given an additional, more tightly focused direction under a design theme of Seductive Strength.

But what does Seductive Strength mean and how is this theme exemplified in the physical appearance of the new Lexus RX? Let us take you on a walkaround to reveal the answers. 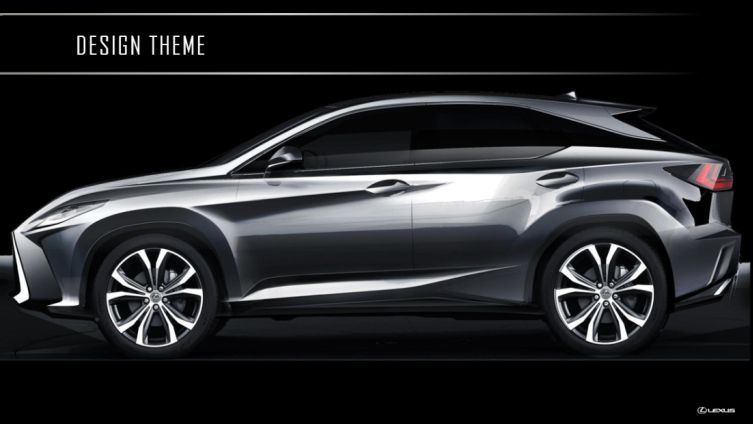 In terms of an overall design theme, Lexus wanted to infuse its next-generation RX model with a look that kept its premium character intact. It had to immediately deliver the strong, athletic appearance expected of a sports utility vehicle, but juxtaposed with a hint of seductiveness that would only become apparent the more you studied the car.

A key element in this visual statement is the purposeful lower body, generated by a combination of extended wheelbase, larger wheel diameters and broadened track. This stance is further enhanced with a lower chin on the front bumper.

In the upper half of the body, moving the A-pillars rearward has accentuated the curvature of the windscreen, while the dramatic forward slant of the C-pillars gives the cabin a sleek, almost coupe-like appearance. 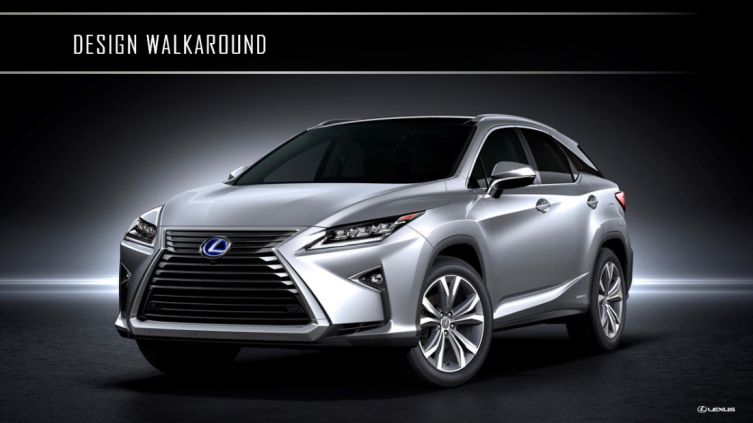 The front of the Lexus RX is designed to express a bold, futuristic aura, extending into an elegant silhouette as the sides come into view.

The fold-back, or pinch, point of the spindle grille is positioned relatively high so there is a powerful contrast between the thin and sharp upper section and thick and bold lower section. Within that upper part, the grille and horizontal bars are designed to create a continuity of line and shape with the bonnet. 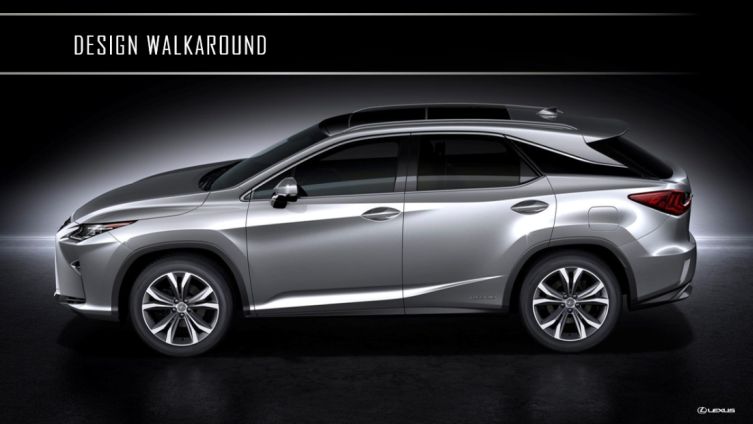 Examining the side of the Lexus RX, we see the bulk of the C-pillar is hidden from view behind a darkened glass panel – a distinctive design that visually separates the lower and upper halves of the body to create a floating pillar effect.

The sill area features distinct treatment, too, with complex, multi-faceted surfacing creating a gently deviating line that rises to the flared rear wheel arch – a styling cue that can also be found in Lexus IS, NX and RC models.

A similar three-dimensional effect is generated by the twin sculpted beltlines, which carve a sense of dynamic motion into the body even when the vehicle is at standstill. These important skew lines do not run parallel and do not intersect, so initially appear to be independent of each other. However, the shape of the rear doors suggests that the two lines may merge and share a common finishing point just above the rear lenses, thereby scoring a straight line between the front and rear of the car. 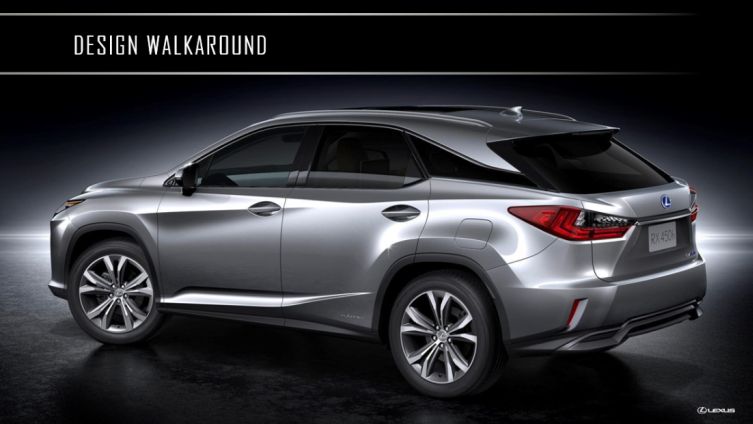 The rear of the Lexus RX displays aesthetic balance by subtly echoing the spindle grille design. It suggests this correspondence through the creases of the metalwork, the inner angles of the rear lenses and the location of the tailgate release bar across the visual pinch point.

When illuminated, the rear lenses are visible over a wider section of the vehicle than ever before. Although they integrate into the car’s shoulder line, the lenses do not represent the widest part of the main body. The muscular appearance is reinforced here by the rear arches, which project out from the combination lamps to create a powerful and wide stance for the rear elevation.