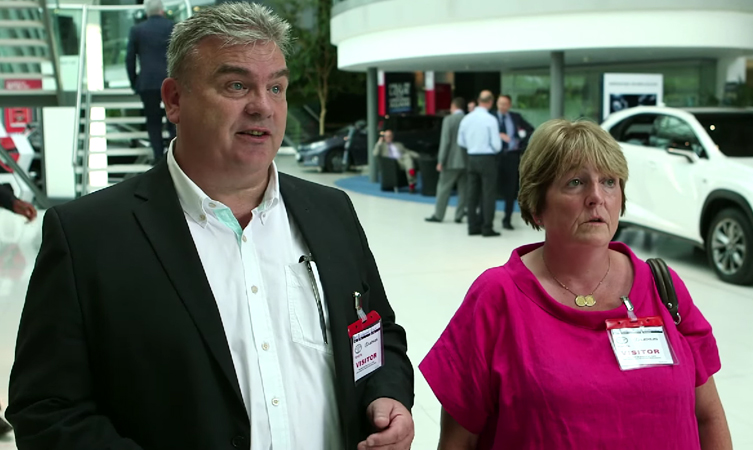 Ahead of the new Lexus NX going on sale in October 2014, Lexus invited a group of prospective owners to its headquarters in Surrey to witness the unveiling of the exciting premium compact crossover. The NX has a strong visual appeal with sharp, highly-defined styling and a specification that includes cutting-edge onboard technologies, as well as being powered by a full hybrid powertrain in the NX 300h and a turbocharged petrol engine in the NX 200t (due in spring 2015).

But enough of us telling you how great it is – let’s find out from the people who hope to drive an NX in the near future. Les and Caroline Marshall previously owned Range Rovers, but the greater fuel efficiency and personal tax savings of Lexus cars prompted them to switch. Caroline explains: “We have about four or five company cars. Now we’re looking more for the hybrid models as it’s more tax efficient.” Les adds: “We’re saving £250 a week in petrol driving two cars from when we had the Range Rovers before…The thing about it is that we’re not actually dropping a grade, we’re actually getting a better quality car.”

Commenting on the Lexus ownership experience, Les said: “I’ve been to many manufacturers and bought loads of cars, and you don’t get that personal touch like you do at Lexus.”

See more first impressions of the Lexus NX 300h in the following posts:
The Mehtas
The Johnsons