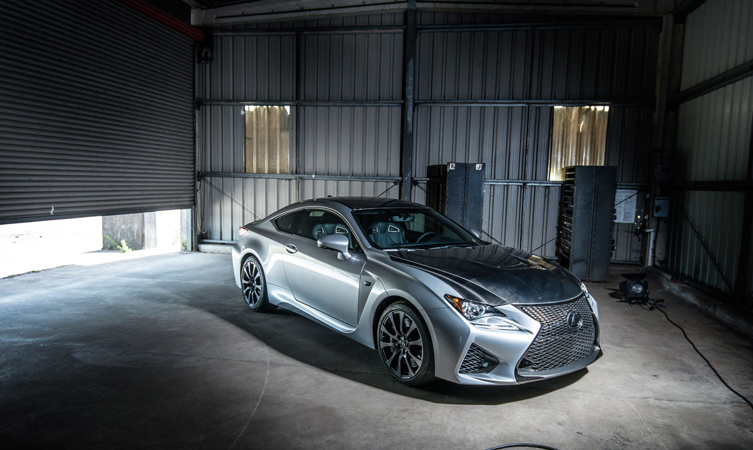 If you’re at the 2014 Goodwood Festival of Speed (26-29th June), you’re in for a high octane treat as the exciting new Lexus RC F high-performance coupe makes its UK debut on the event’s famous hill climb circuit.

As great as the muscular coupe will look on the show stand, the true potential of the 450bhp plus RC F will be seen when it heads on to the track for speed runs during the “first glance” sessions on the festival’s hill course. It will also be joined there by the stunning Lexus LFA which will storm the hill as one of the Festival’s supercar competitors.

We grabbed the chance to be first to photograph the two cars together… Stay tuned for a special video of the car in action, but in the meantime here’s a short teaser.

The RC F, due to go on sale at the end of the year, has at its heart the most powerful V8 engine Lexus has ever produced for a road car. The 5.0-litre, 32-valve V8 produces over 450bhp and 520Nm of torque, driving the rear wheels through a specially calibrated, eight-speed Sports Direct Shift transmission.

As well as being out-and-out fast, the RC F uses new technology to make it a great handling car too. This includes the world-first use of a torque-vectoring differential in a front engine/rear-wheel drive car which lets the driver select one of three modes – Standard, Slalom and Track – to gain the optimum degree of traction and control.

The RC F has evolved from the new Lexus RC coupe, which will go on sale in the UK in 2015. As well as benefiting from a more advanced and powerful engineering package, the RC F has even greater visual impact, reflected in an emphatic treatment of the Lexus spindle grille and cues directly inspired by the LFA supercar. These include bonnet air outlets and front cooling ducts. The bodywork includes carbon fibre elements to help keep weight down, including the roof, bonnet and active rear wing.

To stay up-to-date with news of the Lexus RC F coupe, bookmark our RC F information hub or sign up to the newsletter on the Lexus website.

Lexus RC F
Ultimate car cleaning guide: How to clean a Lexus LFA
How to service a Lexus LFA