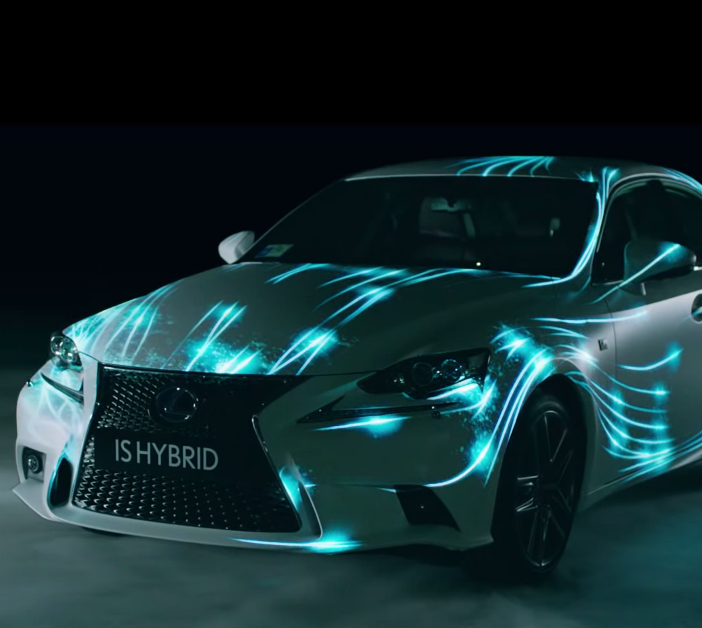 Have you ever wanted to star in your own video game? That’s exactly what 10 lucky Lexus fans were given the chance to do in this video from Lexus Italy that, which takes forging a new path to incredible extremes.

Armed with only an iPad, each of the drivers had to pilot a new Lexus IS300h hybrid around a warehouse, against the clock, by tracing a route for Formula One driver Jarno Trulli to follow. This was projected onto the floor of the building in real time, as they scored points for hitting targets, and were penalised for leaving the playing area.

Trulli displayed the IS’s incredibly handling and speed across sweeping curves and hairpin turns – as well as his own amazing car control skills.

A real feast for the eyes, the whole project brought together cutting-edge augmented reality technology and light projection methods. The video has already clocked up 1.4 million views on YouTube, just a fortnight after being published.

The #TraceYourRoad film was produced by Saatch & Saatchi Milan, and directed by Alan Bibby. The visuals and projections were created by agency Fake Love.

Watch the behind-the-scenes video to see how it all happened below.

Find out more about the IS at lexus.co.uk.