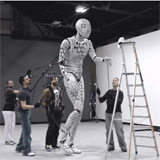 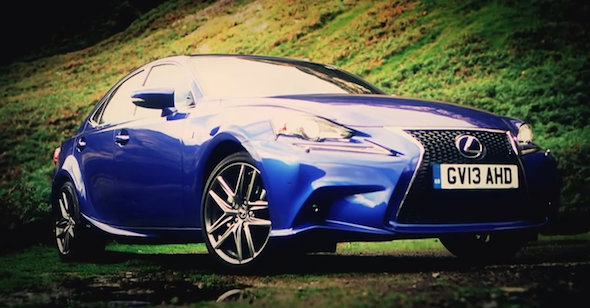 It’s been a tremendously exciting year for Lexus, from the launch of an all-new IS compact executive, to the adoption of the ‘Amazing In Motion’ brand tagline – there has been a wide variety of news, events, launches and projects, that have been brought to life through the medium of film. Here are the Lexus videos that made waves in 2013.

2013 saw the launch of the stunning new IS compact executive saloon, and to mark the occasion, Lexus called upon the English National Ballet’s principal dancer, Tamara Rojo, to capture the precision engineering of the model through dance.

Titled ‘Poise’, the advertisement sees Rojo’s ballet moves interspersed with shots of the new IS driving through a cityscape at night, with each of her poses signifying the increased chassis rigidity of the new IS.

The commercial is set to the original hip-hop song ‘Step It Up‘, exclusively produced by Kozmeniuk for the ad, and available to download on iTunes.

This year, Lexus revealed its ‘Amazing In Motion‘ tagline. Amazing In Motion represents the combination of striking ‘L-Finesse’ design and excellent road manners, that have come to define the latest generation of Lexus models.

To anchor the Amazing In Motion message, two videos, ‘Steps‘ and ‘Swarm‘ were produced. Steps featured the romantic tale of two 11 foot tall puppets finding one another in an icy cool city; the aim of the film was to explore human motion in a new way.

‘Swarm’ is a cheeky offering, and sees mischievous flying ‘quadrotors’ explore their surroundings. The purpose of Swarm is to tell a story about grace and agility, technology and emotion – all qualities that Lexus integrates into its models during development.

Lexus IS 300h test drives at the Goodwood Moving Motorshow 2013

As part of the 2013 Goodwood Moving Motor Show, Lexus selected dozens of lucky members of the public to be among the first in the UK to drive the car – up the famous Goodwood hill no less!

The test drives were filmed, enabling the attendees to show off their efforts to friends and family. You can find out exactly what the drivers thought of the IS here. In total, 63 driver videos were produced, and all are available to watch on the official Lexus UK YouTube channel.

At the start of the Summer, Lexus produced a series of short films around the mantra ‘Life is Amazing’.

The films were first shown at a VIP preview event in Cannes, before being released to the public over a period of four weeks via YouTube, and ahead of main features at Picturehouse Cinemas.

The above film is the first in the series, and is entitled ‘Beyond Memories’. The film centres on the character of Sophie, who believes that forgetting is the only way  to move on with her life, and then realises that it is impossible to make memories from a previous life disappear.

Lexus called upon journalist and racing driver Amanda Stretton to test drive and review the all-new Lexus IS 300h on location in the Scottish Highlands.

The stunning and great to drive IS was right at home among the spectacular highland scenery, and took on the twisting mountain roads with ease.

Amanda was complimentary of the car’s handling, and said: “The way the car handles, actually, is phenomenally good”

She added: “The feedback you get is tremendous…every time you attack a corner, you just have faith in what’s going to happen.”

You can find out more about the IS range on the designated section of the Lexus UK website. If you would like to test drive the IS, leave a comment below and we’ll be in touch.